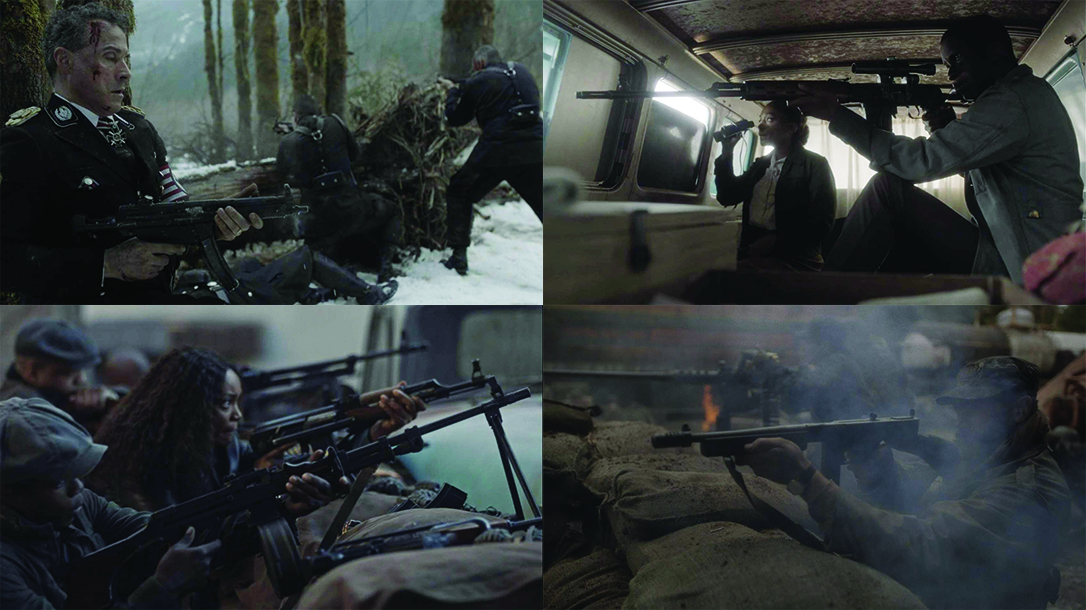 The final season of Amazon Video’s The Man in the High Castle just ended in November. For those of you who have not finished it, this piece contains spoilers, so don’t read any further. 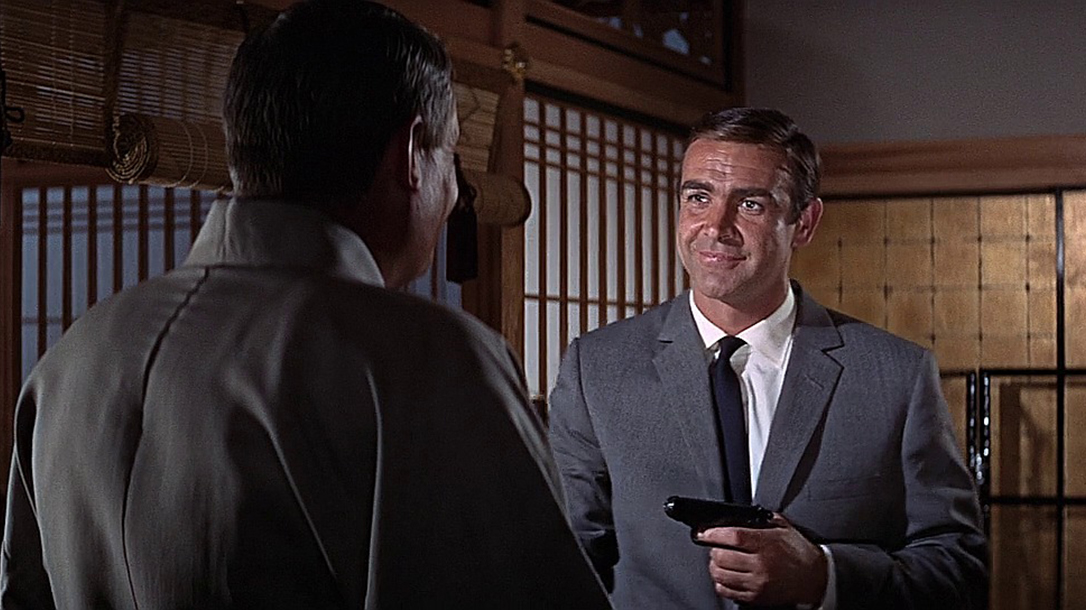 The alternative history drama — based on a novel of the same name by noted science fiction author Philip K. Dick — concluded in a satisfying manner. It wrapped up a few key stories, while still allowing viewers to ponder what happens next.

The Guns of The Man in the High Castle Season 4

The story, set in a world where Nazi Germany and Imperial Japan won World War II, is more drama than action adventure. Yet, given the fact that much of it takes place in an occupied United States, there are no shortage of firearms. More importantly, as it takes place in this alternate 1960s world, the show runners had to carefully determine the firearms used.

The first question to consider is would the firearms even be something from our reality? Arguably, no, because different arms manufacturers would be present. But the writers stuck with actual firearms. It’s reasonable. Seeing Germans and even American Nazi soldiers with various Heckler & Koch small arms makes sense.

However, the fourth season goes off the rails in the use of Cold War Soviet firearms, which simply seem out of place. The only explanation is the firearms were meant to mirror the weapons used by actual Communist insurgents in Vietnam, Malaysia, Indonesia, Cuba and other hotspots in the 1960s. However, Hollywood’s usage of guns is sometimes simply unexplainable.

Here is a recap of the main firearms from The Man in the High Castle Season 4.

Throughout the series, GNR Military Police, Gestapo agents, SS soldiers and even members of the American resistance use the Heckler & Koch MP5A3 sub-machine gun. HK developed this firearm in our real world this firearm in the early 1960s and introduced it in 1966. The 9x19mm weapon is still used around the world by military, paramilitary and police tactical units. While the real world HK wasn’t founded until 1939, it does make sense that a similar weapon would be developed by the Nazis to replace its MP-40 submachine gun.

At the beginning of the series the Imperial Japanese Army and Kempeitai (secret police) are seen using the Arisaka Type 38, a rifle first introduced in 1905. It seemed odd that Japan would continue to using such an antiquated rifle into the 1960s, but by this season the Arisaka rifle was only seen in use by a firing squad.

By season four, most Japanese soldiers use the Howa Type 64; it’s a weapon that the real world Japanese Self-Defense Forces (JSDF) developed in the late 1960s. It was produced exclusively for the JSDF from 1964 until 1988. Due to Japanese laws, however, it was never legally exported. This rifle was seen in various monster movies including the original “Godzilla,” as those were filmed in Japan. However, the Type 64s seen in The Man in the High Castle season 4 are reportedly airsoft guns made by S&T Armament. 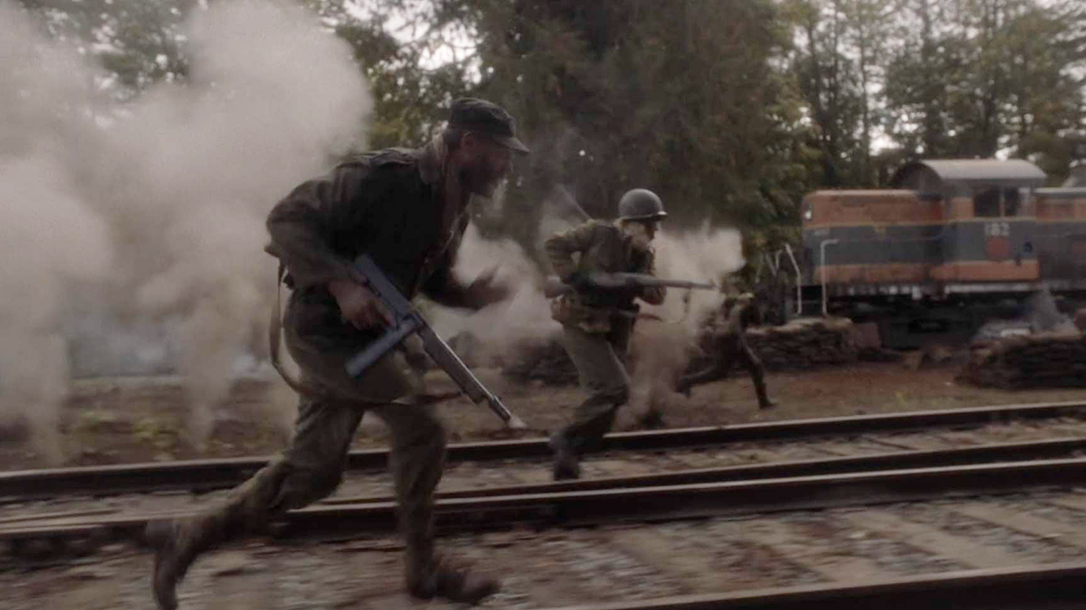 1 of 2
Photo by Amazon
American M1 Garand
Wyatt Price (Jason O’Mara) is seen holding a Thompson M1928A1, a weapon used by the U.S. military only at the beginning of World War II. The soldier in the background has an M1 Garand. 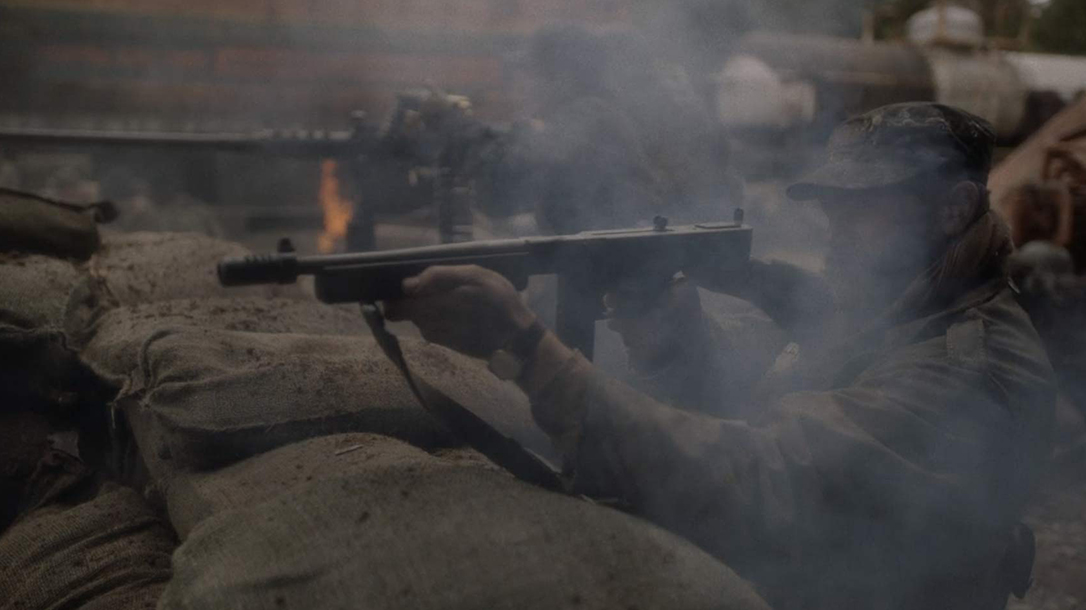 2 of 2
Photo by Amazon
Thompson M1928A1
A close up of Price with his Thompson M1928A1 with 30-round magazine and early ‘simplified’ rear sight. Note the M2 .50-caliber machine gun in the background. 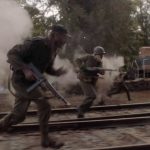 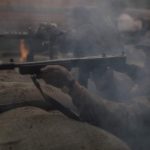 The American Resistance is seen armed with various World War II small arms. In the battle outside Denver American fighters can be seen with an M1 Garand and Thompson M1928A1. These seem like reasonable choices for what resistance fighters would be using, even if in past seasons these soldiers also had captured German-made weapons. 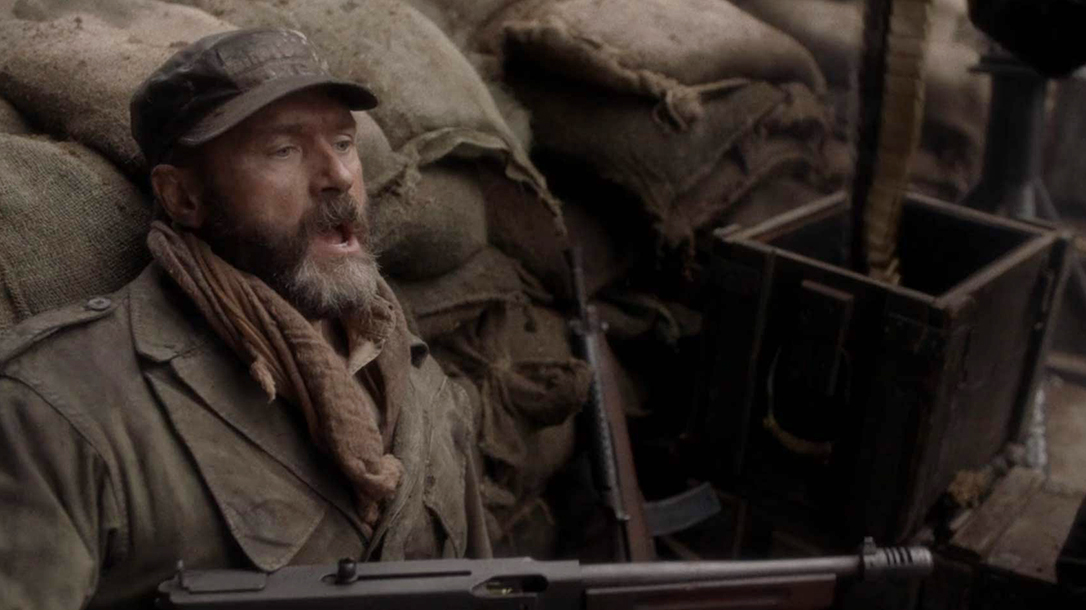 1 of 2
Photo by Amazon
American M1 Carbine Variant
Price takes cover behind sandbags with his Thompson, and next to him is the M1 Carbine with shortened barrel and flash hinder. 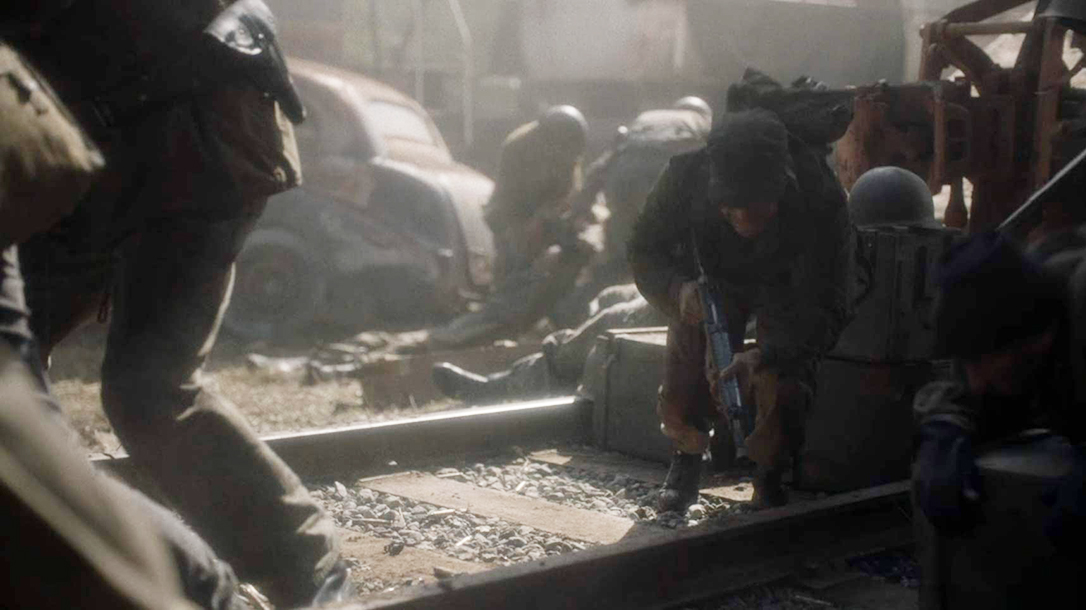 2 of 2
Photo by Amazon
American M1 Carbine Variant
Another member of the American resistance with the unique weapon during the battle outside of Denver – it has a shorter barrel than the M1 Carbine, and features the folding stock of the paratrooper version, as well as a barrel shroud cover. 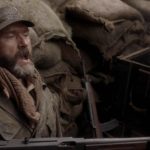 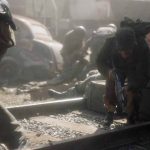 One of the more unique weapons seen in season four was a weapon that appears to be a hybrid of an American M1 Carbine with a shortened barrel and flash hider. It seems the weapon has a barrel shroud cover similar to the World War II era M1941 Johnson Rifle. This is likely a mock-up weapon. It’s never fired (on camera), but makes for an interesting inclusion in this “what if” story.

The Black Communist Rebellion (BCR) supplies the American Resistance with firearms; this includes the PPS submachine gun, a weapon chambered in the 7.62x25mm Tokarev. While we see crates of weapons, it is never made clear where the ammunition comes from.

One of the most out-of-place weapons in season four was the Soviet-made AK-47. Work only began on the real world weapon in 1945. According to the show’s timeline, the Soviets were defeated by that point. With that in mind, it seems unlikely that Mikhail Kalashnikov would have been able to develop it. Moreover, the StG44 is never seen in the show onscreen, so it isn’t clear if the concept of “assault rifle” was even considered in this timeline.

Members of the BCR use several anachronistic firearms, including the RPD light machine gun. Developed at the tail end of World War II, mass production of the RPD didn’t even begin until 1953. However, the Communist Chinese copied the weapon as the Type 56. With that in mind, it’s possible that Mao’s Communists forces, which are mentioned in the show, could have produced such a weapon.

One weapon seen only in the background in passing is the Soviet-made PKM. It could be the most out-of-place small arm in BCR’s arsenal. The PK was only introduced in 1961 and then improved as the PKM in 1969. It would be highly unlikely that any Communist faction would have developed this general-purpose machine gun in the timeline of The Man in the High Castle season 4.

Another dubious weapon used by one character is the infamous Soviet SVD “Dragonov” sniper rifle. This does appear to be a real SVD and not a Romanian PSL. Either way, however, it’s another example of a Cold War weapon that likely wouldn’t exist in the show’s reality.

In addition to the PKM, another poor choice was to include the Soviet-made RPG-7 in season four. It’s never used, so the need for a rocket launcher is completely unnecessary. Given that the shoulder-launched, anti-tank rocket-propelled grenade launcher was only adopted in the real world in 1961, it seems dubious that such a weapon would have been developed in this alternate timeline. Land mines and an old bazooka would have also shown how unbalanced the upcoming fight might have been. However, its inclusion could be to highlight how real guerilla forces used the RPG-7 in Vietnam in the 1960s, as well as other insurgent forces throughout the world during the Cold War. 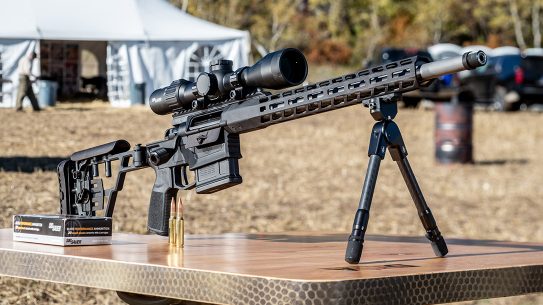 SIG Cross: First Look at the First Bolt-Action Rifle Made Completely by SIG