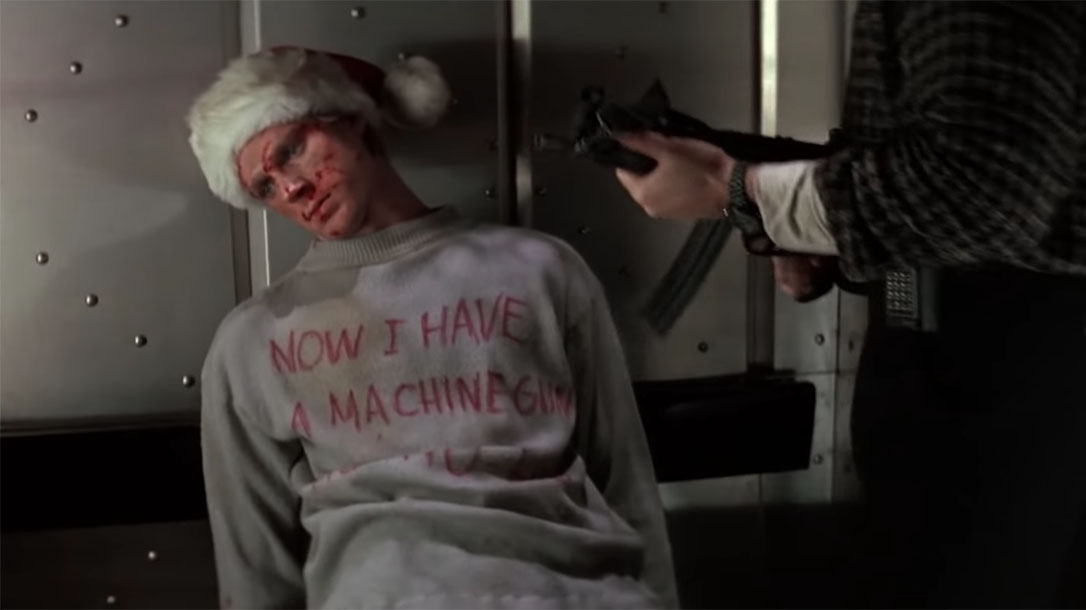 We’re not sure how the whole “Is ‘Die Hard’ a Christmas movie?” debate got started, but we’re going to end it. If you’ve never seen the movie, two things: First off, what the hell is wrong with you? Get your life together and go watch. Second, there will be a few spoilers in this article, so don’t proceed any further if you haven’t seen it. 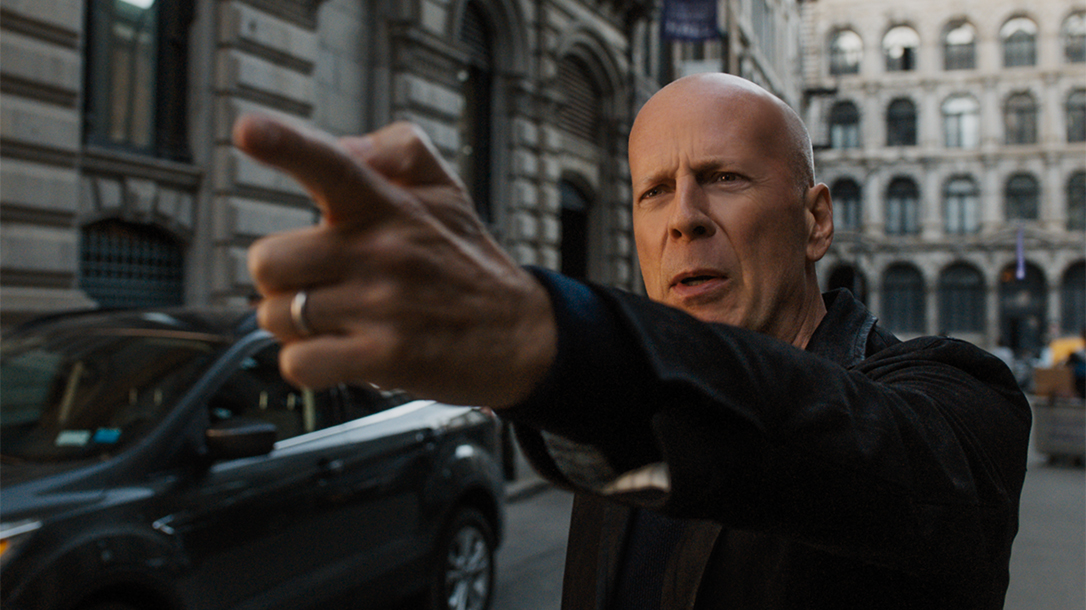 Die Hard Is a Christmas Movie

With Bruce Willis playing the protagonist, John McClane, and classic bad guy Alan Rickman as perhaps his most iconic villain, Hans Gruber, “Die Hard” is filled with highly quotable dialogue and memorable scenes. And nothing says “Christmas” like endless guns and explosions.

But seriously, why “Die Hard” a Christmas movie? Well, here’s why.

For starters, the movie takes place at an office holiday party at the now infamous Nakatomi Building. Not much of explanation needed here.

“Now I Have a Machine Gun”

Next to “Yippee ki-yay, mother f*cker,” this might be the most quotable line in the entire movie. McClane disposes of his first terrorist, then puts him in the elevator for the rest of his cohorts to find. Before sending him down, McClane adds some holiday cheer with a Santa hat and some festive writing: “Now I have a machine gun. Ho-ho-ho.”

Gruber delivers one of his many great lines with slight trepidation as something is clearly amiss. It just leaves us wondering why Rickman — may he rest in peace — was never cast as Santa Claus throughout his prolific career.

Terrorist tech guru Theo masterminds an early counter-assault on the LAPD SWAT team. The SWAT team, unprepared for what’s in store, approaches the Nakatomi Building. As the heavily armed terrorists wait patiently in place, Theo calls out the SWAT movements in rather festive fashion.

“All right, listen up guys. ‘Twas the night before Christmas, and all through the house, not a creature was stirring, except … the four assholes coming in the rear in standard two-by-two cover formation.”

The Nakatomi Building’s vault is a focal point of the movie. Hans and his crew are attempting to steal what’s inside — approximately “$640 million in negotiable bearer bonds.” Theo is tasked with cracking the vault, which brings forth the “time of miracles.”

Theo: “One more [lock] to go then it’s up to you. And you better be right, because it looks like this last one is going to take a miracle.”

Hans: “It’s Christmas, Theo. It’s the time of miracles. So be of good cheer and call me when you hit the last lock.”

Fast forward a few dead terrorists later and the FBI steps in to shut down the building’s power, which automatically overrides the last lock giving Theo the miracle he was looking for. The vault opens and the remaining terrorists’ faces light up like kids finding presents under their tree on Christmas morning as “Joyful, Joyful, We Adore Thee” plays in the background. Theo smiles and says, “Merry Christmas.” Merry Christmas, indeed.

The soundtrack throughout the film is just littered with Christmas music. When John’s faithful limo driver Argyle scoops him from the airport in the beginning of the film, he turns on Run-DMC’s “Christmas in Hollis.” John asks, “Don’t you got any Christmas music?” To which Argyle quickly responds, “This is Christmas music!”

While that is a great start, there’s one song that stands out and cements “Die Hard” as a Christmas movie. When all is said and done and the terrorists are dead, John and his wife Holly cozy up in the back of the limo. Amidst the rubble and fire and dead bodies, “Let It Snow” begins to play, leaving the biggest of holiday smiles on our faces in the process.

Now pour some egg nog, sit back on your couch and go watch “Die Hard” with the family. The kids will love it! 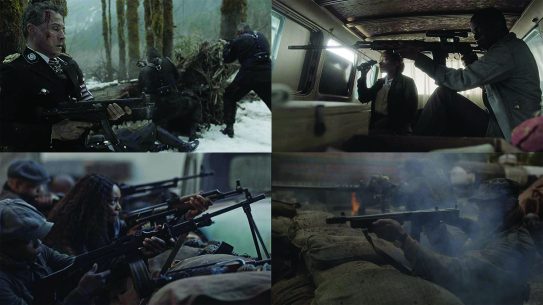 What Guns Were Used in ‘The Man in the High Castle’ Season 4?

There are plenty of guns in season 4 of Amazon's hit show 'The Man... 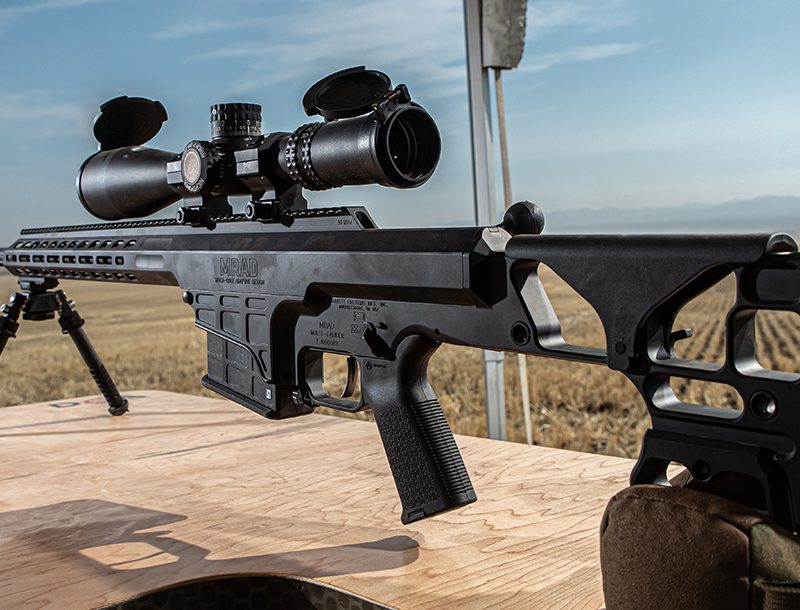