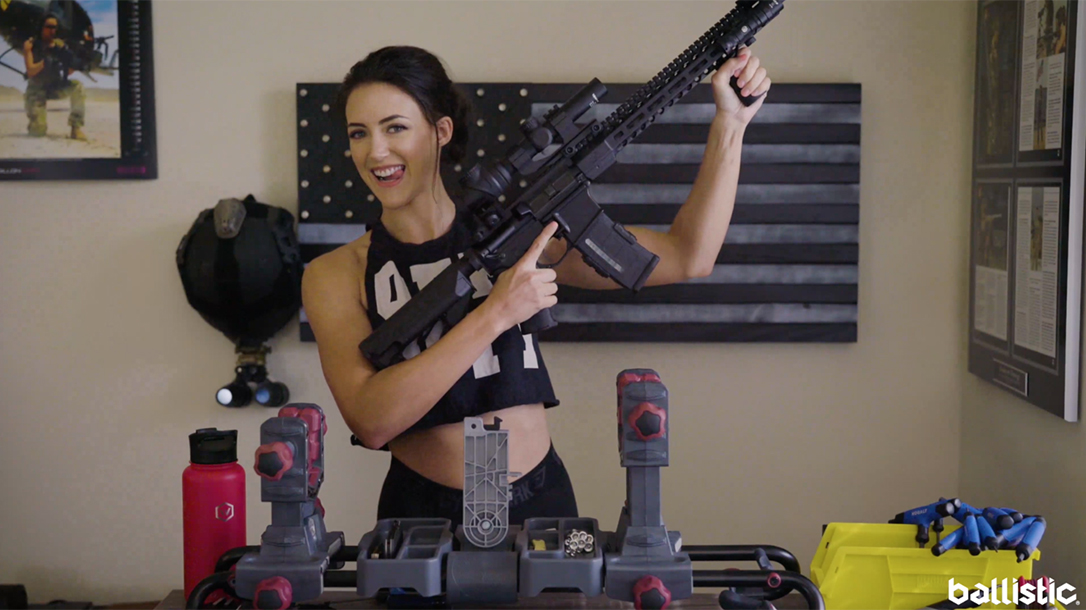 There are few personal defense weapons more unique than the FN P90 — few guns in general, actually. This particular platform became a topic of fascination after it made its debut on Stargate SG-1 back in 2002. If you haven’t seen the show, you’re missing out. The little glimpse above should at least pique your interest.

Since it’s a show grounded in science fiction, they couldn’t just use run-of-the-mill weaponry. I could think of no better option for them to have used at the time than the P90. Of course, as civilians we are not able to have that particular platform (being full auto and all). However, the FN PS90 makes for a fine substitute.

It seems this PDW is becoming popular once again which makes me and Stargate nerds pretty happy. If you have seen my videos talking about the FN Five-seveN, you know that I am a big fan of the pistol, as well as the caliber. FN chambered the Five-seveN in 5.7x28mm. For those of you who don’t know, the FN PS90 is chambered in this same round. That, combined with its size — only 26.23 inches long — and ability to be shouldered makes it for a really fun gun to shoot.

It is a bullpup, which means the action is located behind the trigger; this helps to keep the gun compact. The top-mounted feeding system also assists in keeping it compact because the magazine isn’t sticking down or outside of the frame of the weapon. The magazine is as much a part of the weapon as the stock or the barrel. FN’s top-loaded magazines hold 10 or 30 rounds, depending on your preference or state legalities. I assure you if you choose the 10-round magazine, you’ll blink and not know where all of your ammo went.

If you know me, then you know I’m going to talk about the history of this strange, interesting, unique or any other descriptive word that has been used, piece of weaponry. In 1989 NATO sought out an option to replace the 9x19mm cartridge. It wanted the caliber, coupled with a new pistol and submachine gun, to essentially be more useful in combat situations. It also wanted something that could go through body armor. At the time, it was a very tall order.

From what I understand, it came down to two different options after testing. Eventually NATO chose FN Herstal’s P90 and the 5.7x28mm cartridge. However, I assume some politics got in the way and, sadly, NATO never made it the standardized option. It was, however, given life within private and government sectors in several countries including the United States, Canada, Ireland, and Poland. And lucky for us, FN offers the platform in a civilian version in the previously mentioned PS90 platform.

With this firearm you get a healthy mix of pop culture, history, and a hell of a good time. I would say it’s worth the cost of doing business (price plus cost of ammo). It also a scientific marvel. I found a video that shows you how the FN P90 magazine functions and how the ammo feeds into the chamber: 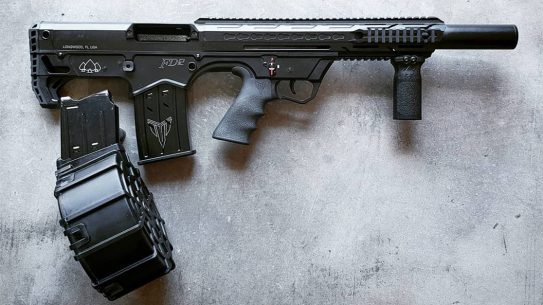 With its overall length of 28 inches and optional 20-round drum mag, the 12-gauge...