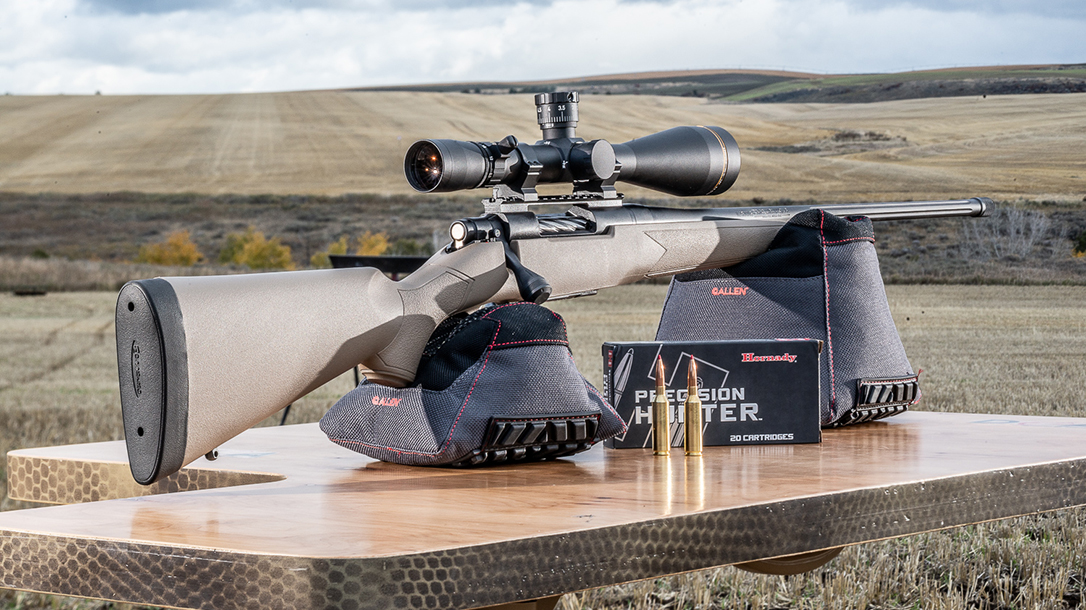 1 of 3
Photo by Alex Landeen
The Mossberg Patriot Predator 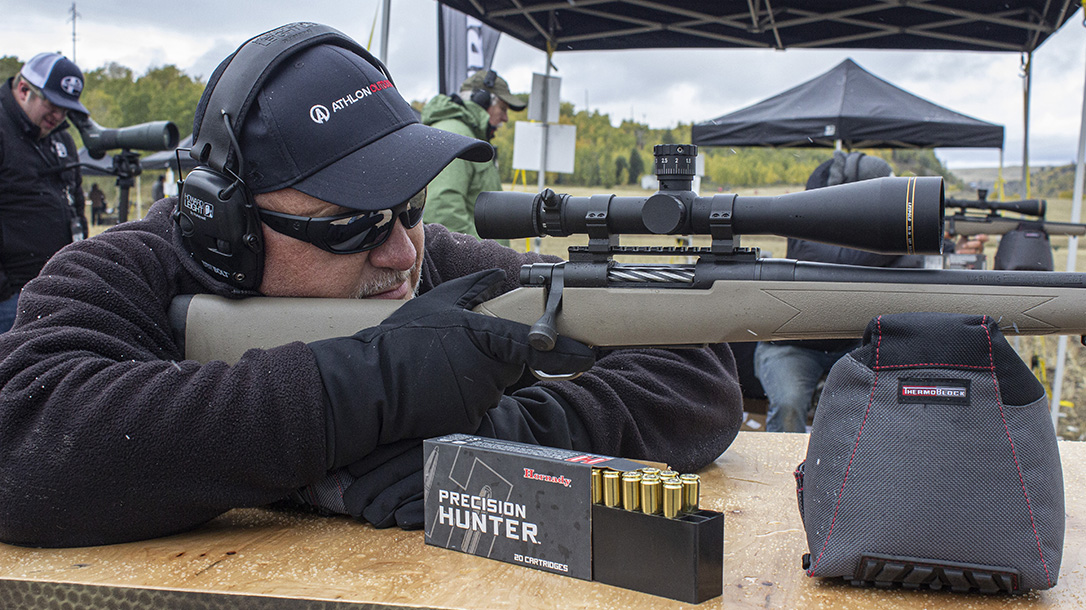 2 of 3
Photo by Fred Mastison
The Mossberg Patriot Predator 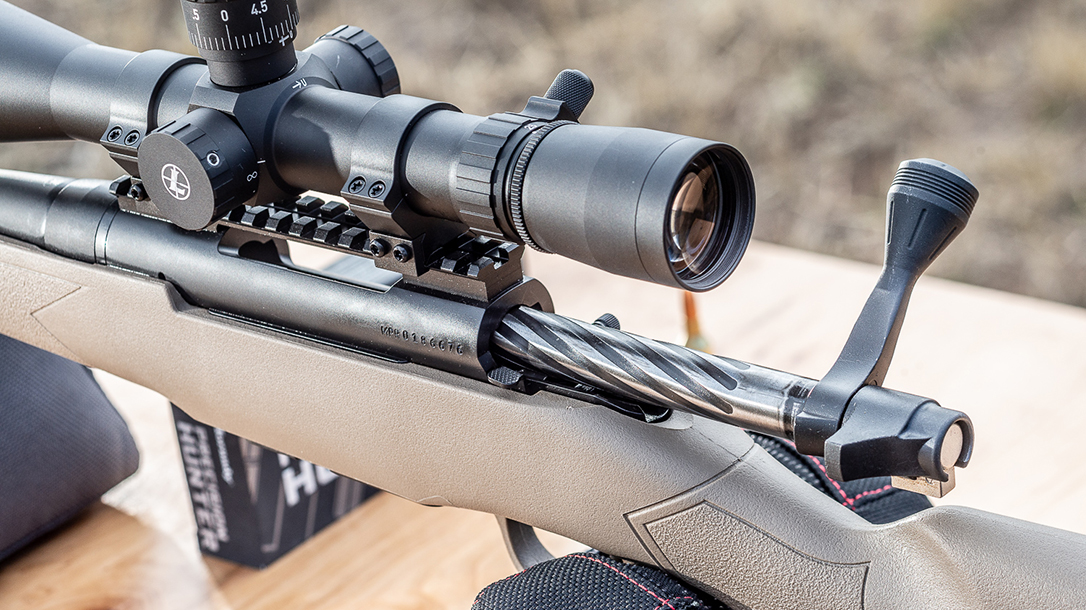 3 of 3
Photo by Alex Landeen
The Mossberg Patriot Predator 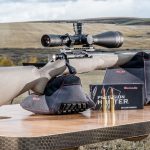 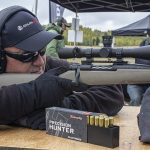 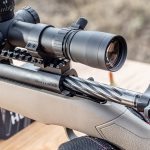 There are many companies that have established themselves as the king of the hill. In the shotgun world, Mossberg holds that title. What is overlooked at times though are other products these companies bring to the plate. The is especially true with Mossberg. While not common in everyday conversation, Mossberg makes one hell of a series of rifles. In fact, they are some of the nicest long guns in the industry and in many cases quiet gems. One of their rifles especially caught my eye years ago. The Patriot Predator is a sleeper if there ever was one. Mossberg knows this and upped the ante recently with the release of the Patriot Predator in the new 6.5 PRC. 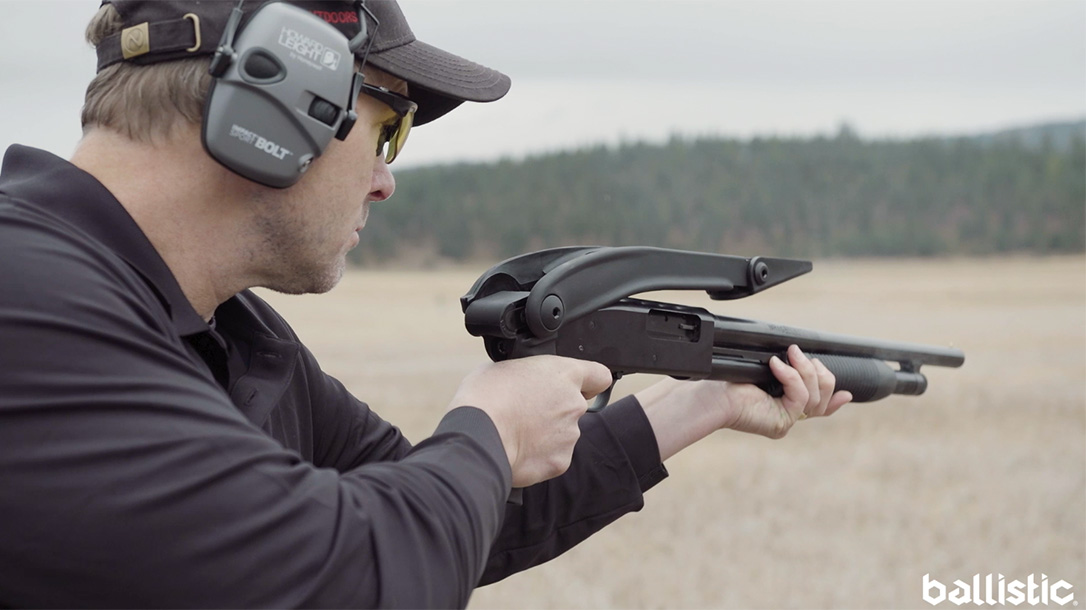 Rocking the Mossberg Maverick 88 Security Shotgun with a Folding Stock

The Mossberg Patriot Predator in 6.5 PRC

First off, a little background on the 6.5 PRC round and why this is a big deal. The 6.5 round has been around awhile but has recently begun to be manufactured by several major ammunition companies. This is a long-range round with exceptional ballistics. It is roughly 250 feet per second faster than the popular 6.5 Creedmoor which pushes it in to the round into the 3,000+fps realm. The bottom line is that it is a fast, flat shooting and minimal recoil round that screams long range precision.

The team at Mossberg obviously saw the fit of this round with the Patriot Predator and went to work. I have run this rifle extensively in .308 WIN but a recent trip to the 2019 Athlon Outdoors Rendezvous in Idaho would give me trigger time on the 6.5 PRC model.

A Rendezvous With the Patriot Predator

We strolled across the partially frozen field on the edge of the Grand Tetons to find Linda Powel of Mossberg working away and getting ready for a busy range day. In her ever warm and genuine way she gave me a break down on the new model. It is a purpose-built gun that was seated in a comfortable flat dark earth (FDE) synthetic stock with matte blue metalwork.

The rifle is set up to be used as a hunter or a target rifle. It is a short-action, bolt-action rifle that offers a balance of velocity and manageable recoil combined with a flat trajectory. Every Patriot rifle features Mossberg’s patented LBA (Lightning Bolt Action) user-adjustable trigger with a two to seven-pound range of adjustment, to help provide consistent shot-after-shot placement. A top-mounted Picatinny rail on the Patriot Predator provides for ease of mounting and repositioning of optics.

The Patriot Predator 6.5 PRC rifle has a standard-contour, free-floating, 24-inch barrel with a 1:8-inch twist rate, straight-edge fluting and is threaded (5/8-24 TPI) for the addition of a suppressor, along with a protective cap for everyday use. Sling-swivel studs, a nice oversized bolt handle and a lightweight polymer, flush four-round box magazine complete the performance-based features of this rifle.

For the range session, the rifle was fitted with a Leupold VX-3i 6.5-20x50mm side focus CDS target scope. Ammo would be the exceptional 6.5 PRC 143 gr ELD-X Precision Hunter from the good folks at Hornady. This little trifecta of gun, glass, and bullet made for some easy and fun shooting.

We did our due diligence and shot our 6-inch steel plate at 100 yards just to make sure we were dialed in. The three-round impact on the steel was simply one grey dot the size of a quarter. From there we jumped to 500 yards where the group stayed one small gray dot on steel. Then the 800-yard target called to me, and I gladly obliged. Yes, once again the group printed all together with no flyers. The mix of an exceptional and well-made rifle with the high velocity 6.5 PRC round made shooting at these distances child play. We had a piece of steel set at a mile, but time and range orientation simply handcuffed me and my desire to really stretch the gun out.

Several things stood out for me. The trigger ran well and broke at just around three pounds. The gun never once failed to feed or extract and that is saying something. I say this because guns at media events generally get mauled. They face the worst of the worst ranging from seeing hundreds of rounds in a single afternoon, to heavy handed writers intent on “testing” the gun. Throw in some bad weather and dirt and it is a gun failure zone waiting to happen. That was not the case with the Patriot Predator. While extraction was not super powerful, it was more than sufficient to get the job done.

In short, run the bolt like you mean it and there won’t be any issues. The stock is simple enough and does a decent job. There was no barrel contact and no play at all in the gun. The action ran very smooth for something in this price range. Generally, it takes a little time and love to get a bolt to run this smooth and Mossberg made it happen right out of the box.

While we were not set up for measuring groups, I can confidently say that this is a sub MOA rifle. The .308 version that I ran previously printed incredible sub-MOA groups, which is hard to believe considering the price of the rifle. Mossberg has never been about producing cheap guns for the sake of cheap guns. The manufacturer builds guns with a budget in mind and I respect that. In a time when a ¾ MOA super ninja precision rifle can cost north of $5,000, it’s tough not to just grab a Patriot Predator in 6.5 PRC for less than $500 to shoot the same groups. Is it on par with rifles in that upper echelon class? Well, perhaps not, but it isn’t designed to be. It is an affordable gun that performs extremely well at a price point that allows the average shooter to print social media worthy groups

For hunting or target shooting the Mossberg Patriot Predator 6.5 PRC Bolt-Action Rifle should absolutely be on your short list of guns. For more information, please visit Mossberg.com. 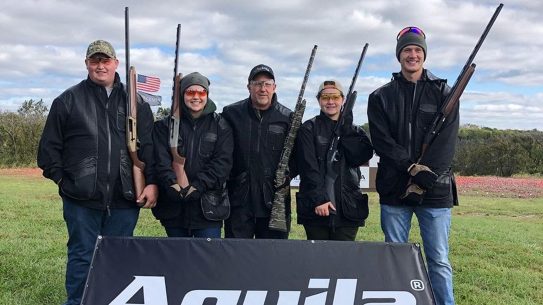