FLIR recently ventured to freakin’ Chernobyl to test and talk about its identiFINDER R440 to measure the radiation that still exists there. Crazy? Crazy cool? You decide.

If you have never heard of Chernobyl, I’ll first assume that you are living under a rock. Secondly, I would recommend you Google it. You should also watch the show on HBO because it is very well done (and the ending is better than that of “Game of Thrones”). 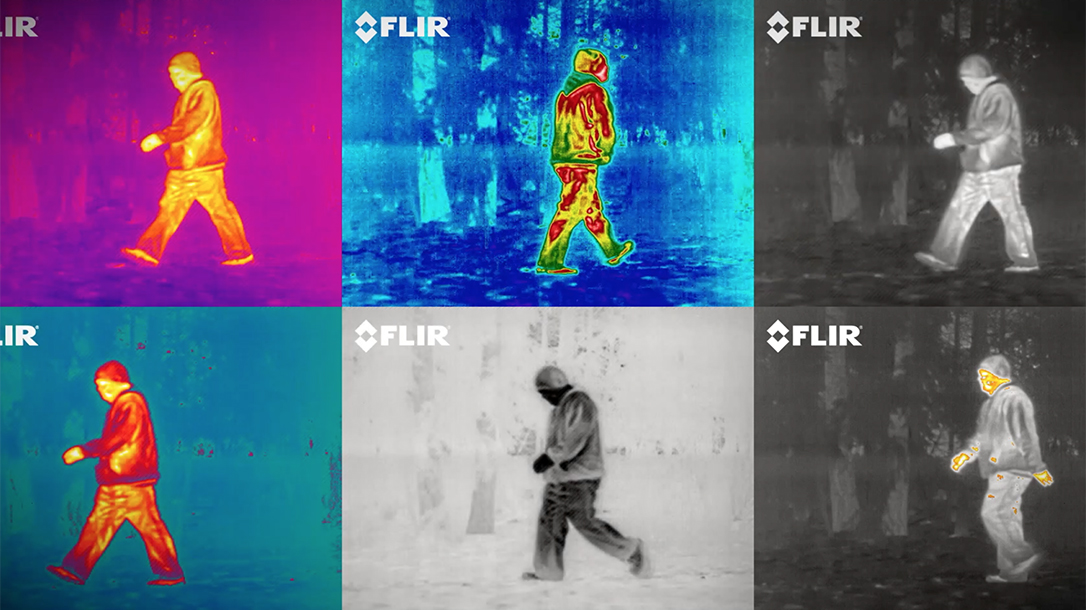 WATCH: The Color Palette on the New FLIR Scion Thermals Is Ridiculous

FLIR is undeniably a top performing brand within many industries. It has contracts with all big-wigs all over the world. All of the contracts it could ever possibly need to maintain its elite status of quality and making the big bucks. I know the “Average Joe”; he’s very angry and, dare I say, appalled that FLIR’s optics are so expensive. I get it. I too can’t afford 90 percent of what FLIR makes. Here’s the hard truth though: a small part of FLIR wants your business, but they don’t really NEED it. FLIR is doing just fine without your purchase of the $299 FLIR TG 165 Spot Thermal Camera. Did I mention FLIR was awarded $128.6 million in contracts (that I know of) just in January 2019 alone?

Civilian sales is FLIR’s very generous way of creating some inclusion, bridging the gap between the haves and the have-nots. I suggest we all not complain about the prices, and either buy the damn thing (because it’s surely worth every penny) or move on with our lives without feeling the need to constantly bring it up in comment sections in the hopes of appearing relevant. #ProTipForHappierLiving

Outside the Box Marketing With the identiFINDER R440

Now that that’s out of the way, many of us can appreciate quality without being bitter about not being able to afford it all of the time. I decided to dabble on YouTube to check out some of the new things FLIR has going on. I usually enjoy the videos FLIR posts, whether it comes from another source or they created them themselves. In the past I was pleasantly surprised to see FLIR re-sharing videos where its products have been used. Like this one with “The Slo Mo Guys” earlier this year:

Or recognizing Earth Day and bringing awareness to a project I never knew existed (but soon researched after I saw FLIR’s video):

So not only does FLIR make quality rigs (some of which I will talk about later), its clearly makes a decent mini-documentary. Yes, I know the Chernobyl piece is an “ad” for the identiFINDER R440; this was an astute observation made by one jolly YouTube commentator, as if he revealed a big secret.

FLIR could have easily made the same, tired ads — you know the type within the industry — but it didn’t! It made something that was actually interesting and informative outside of what FLIR wanted people to know about its product. Luckily, my faith in humanity remained intact. A few fellow commenters had a similar reaction to Captain Obvious: 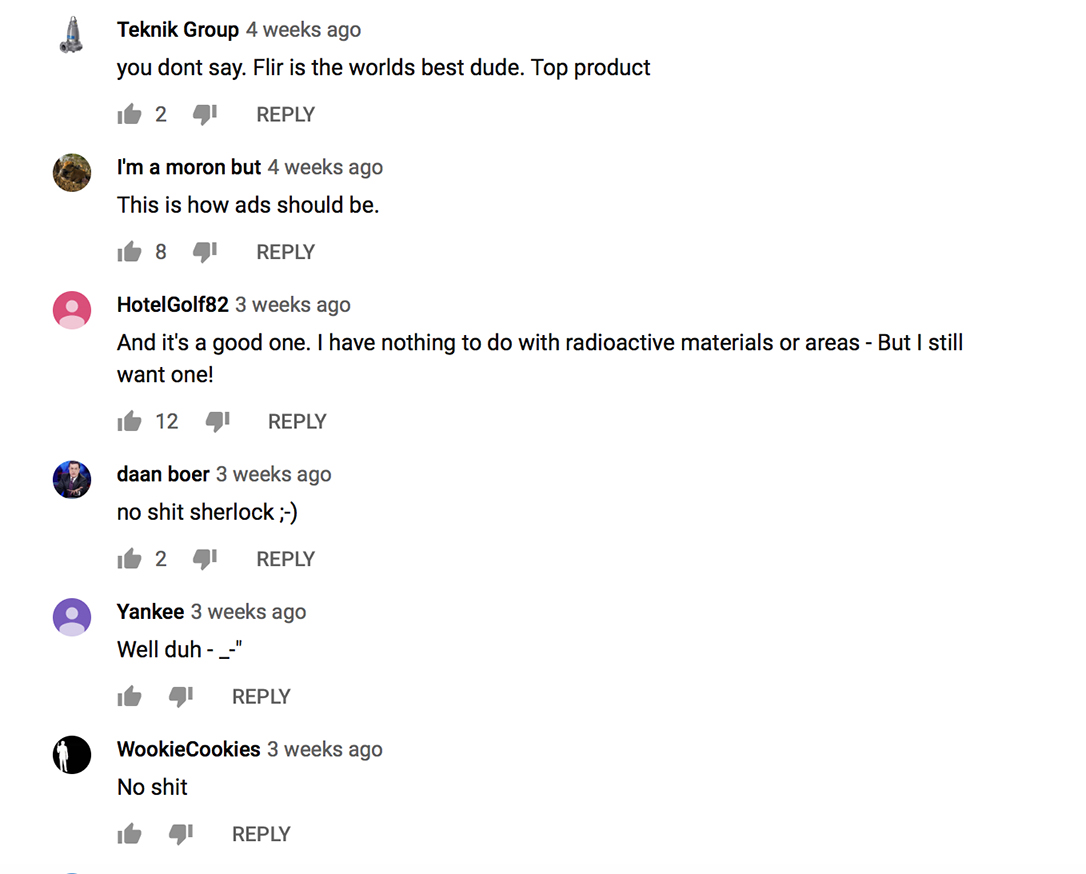 I will get on board with this type of marketing all day. It certainly piqued my interest with the identiFINDER R440. FLIR is a company, a corporation; if it wants to make money, it isn’t something it should be shamed for. At least it’s doing it in a much more interesting way.

Catching Up With FLIR

While at SHOT Show in January, I met Shannon Jidas from FLIR. The manufacturer is lucky enough to have Miss Shannon as its outdoor and tactical systems marketing manager. Also worth mentioning, she drives rally cars in her free time — not a big deal. Anyway, I got into contact with her recently about some of the things FLIR is most excited about, and what has been receiving the most positive feedback beyond the identiFINDER R440. 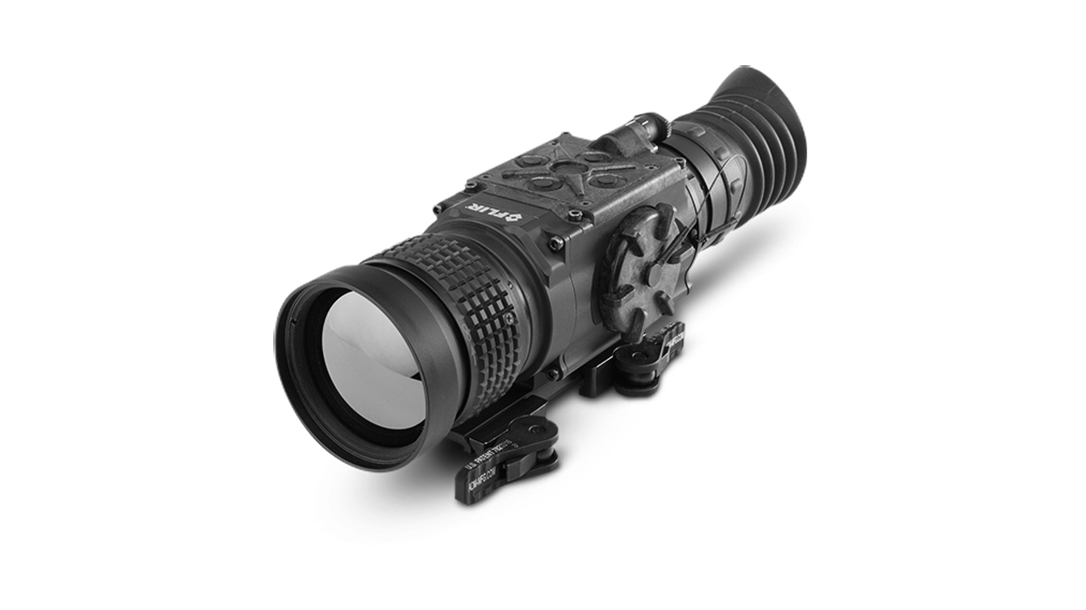 The PTS536 is the newest dedicated thermal riflescope from FLIR with detection range of up to 1,130 meters. Of the ThermoSight Pro line, this specific model is a great compromise of detection range and field of view with the 50mm lens. It also has the Boson core, 60Hz refresh rate and features like Recoil Activated Recording. It’s an in-house favorite. Getting used to seeing through thermal imaging may take some practice, but it is said to be pretty cool. You can use it day or night! Mounts easily to most platforms. 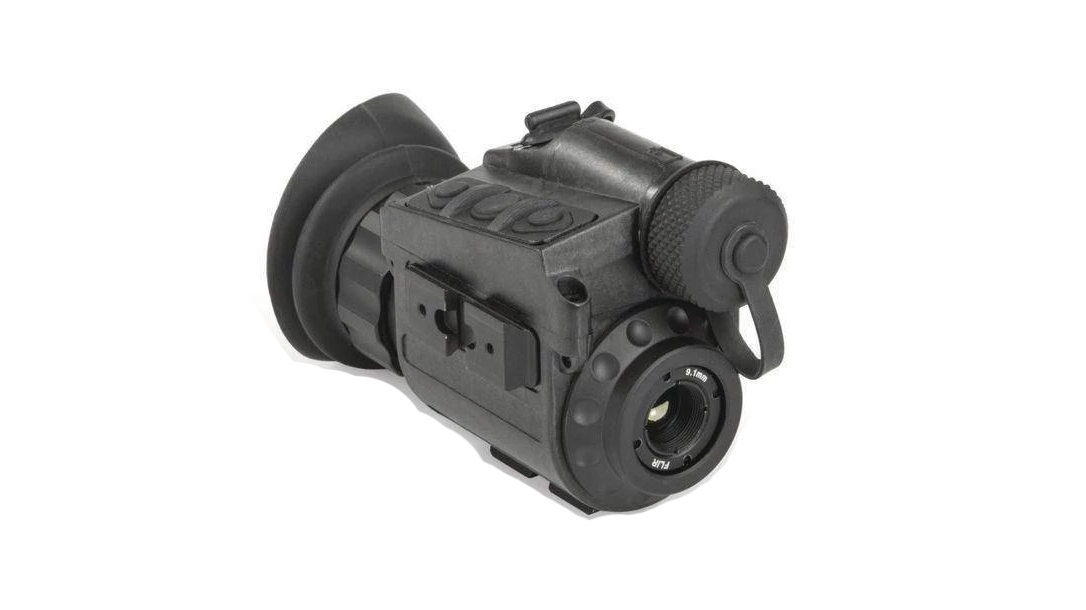 Compact Boson thermal monocular with 60Hz refresh rate and up to 205m for detection. On-board recording, size, and image clarity makes this one a personal favorite to outdoorsmen and law enforcement alike. Looks super badass mounted on a helmet. This one runs day or night as well. 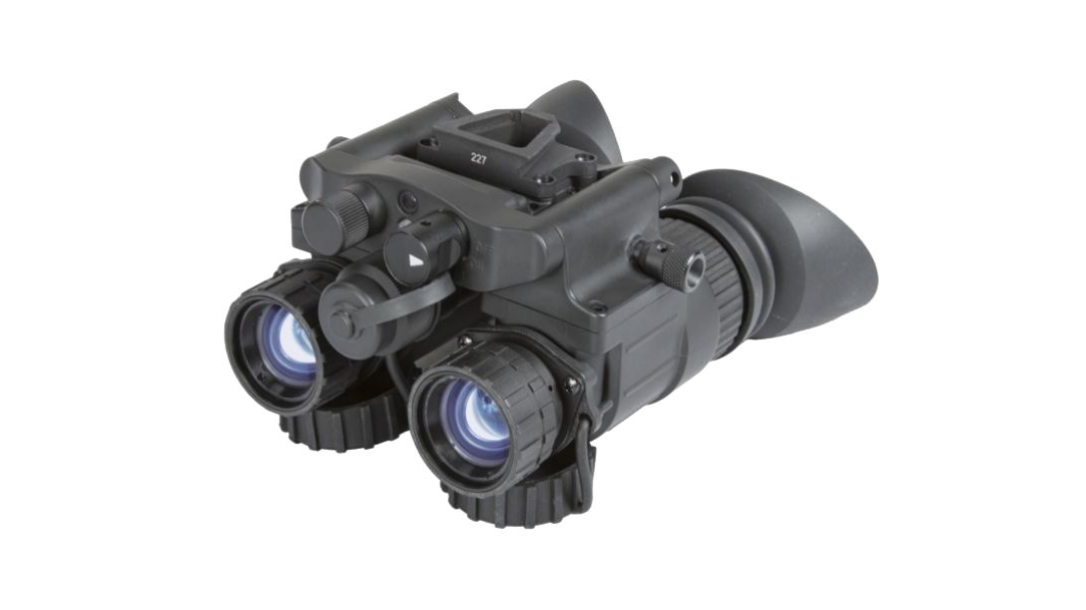 This is THE night vision all the cool kids want/have. And by cool kids, I mean kickass military operators and rappers (you may see these on the face of Post Malone who loves everything firearms related). The 51-degree field of view sets this apart from other sets of night vision goggles. They look badass on a helmet, too. At $11,495, you can go ahead and start your complaining about MSRP. We’ll be over hear, not listening. 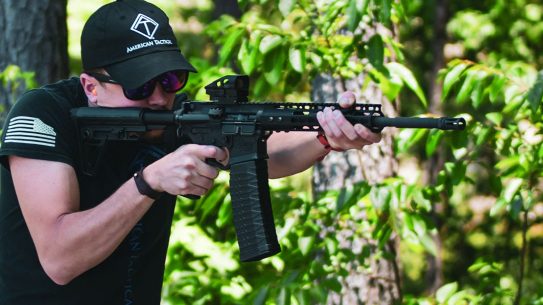 60-Round Schmeisser S60 Polymer Stick Mag Officially Available in US

Designed for the AR-15 platform and imported by American Tactical, the Schmeisser S60 is... 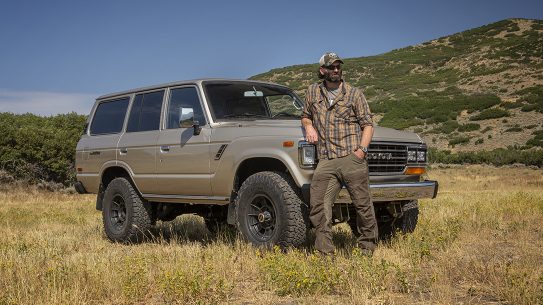 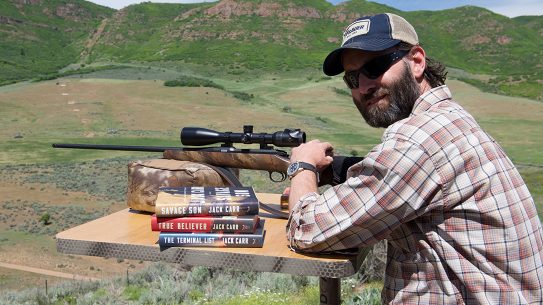 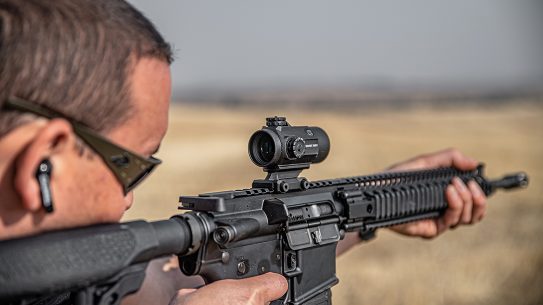