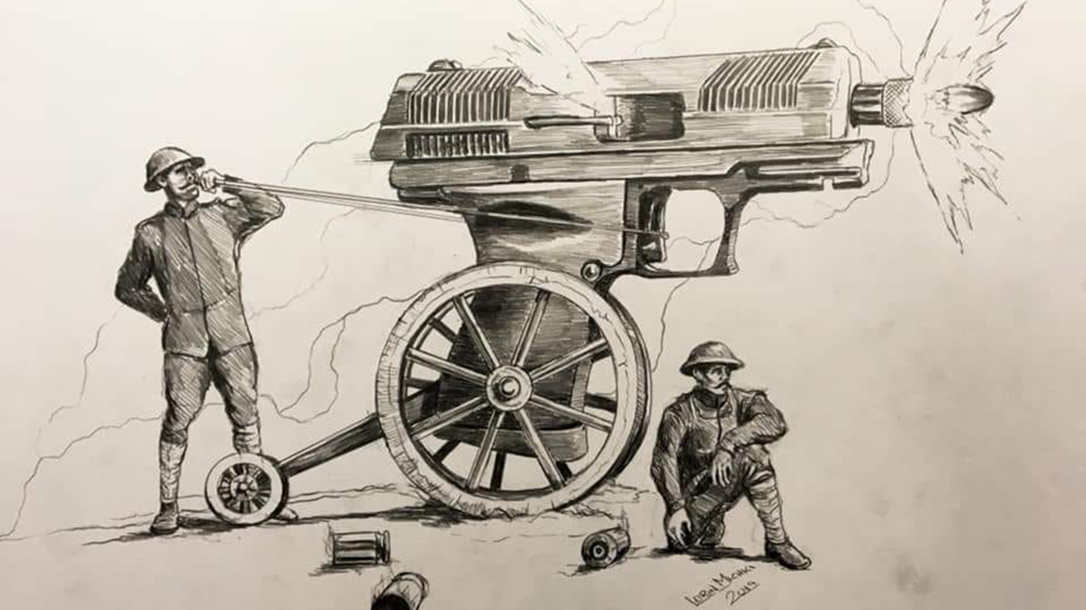 The Yeet Cannon, by the sheer will of the people, via a monumental trolling effort, simply will not die. After seemingly shunning the popular name in its Name the Nine promotion, Hi-Point fans exploded on social media. But today it became official, the Yeet Cannon is back in the hunt as the name of Hi-Point’s next 9mm pistol.

This has been a crazy story to follow. After some solid social media promotion, fans went nuts when Hi-Point left out the Yeet Cannon, even in its shortened form, YC9, on June 18. Even though YC9 carried a huge following, Hi-Point condensed the list of names down to some of its favorites. And fans promptly revolted.

The announcement, made in a post on Facebook, sparked more than 5,000 comments, mostly negative. The story turned even more comical when HK jumped into the fray, publicly trolling Hi-Point’s decision: 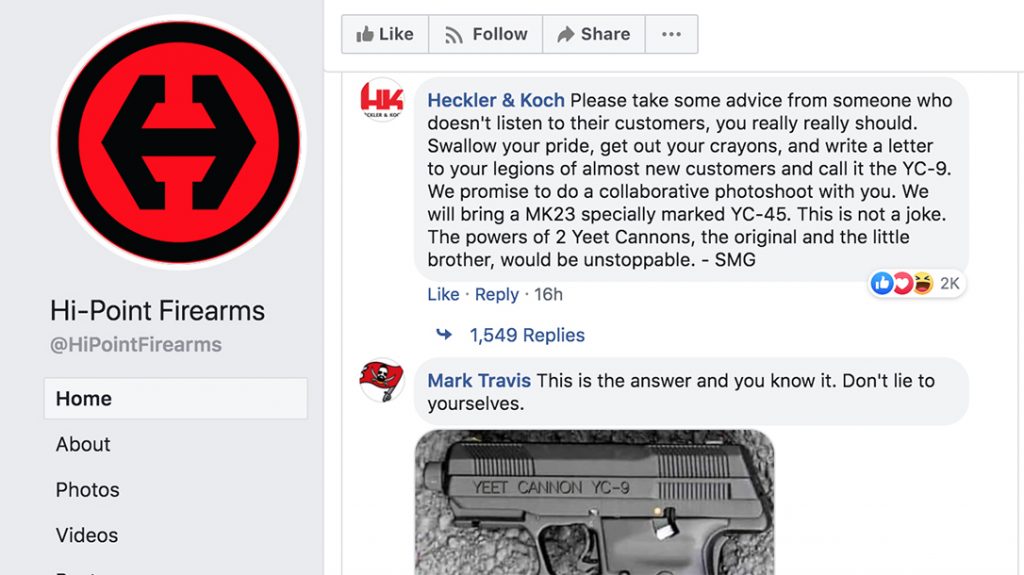 Return of the Yeet Cannon

Then on June 18 Hi-Point, in either a cleverly-cloaked master plan, or bowing to public pressure, announced the Yeet Cannon was still in play: 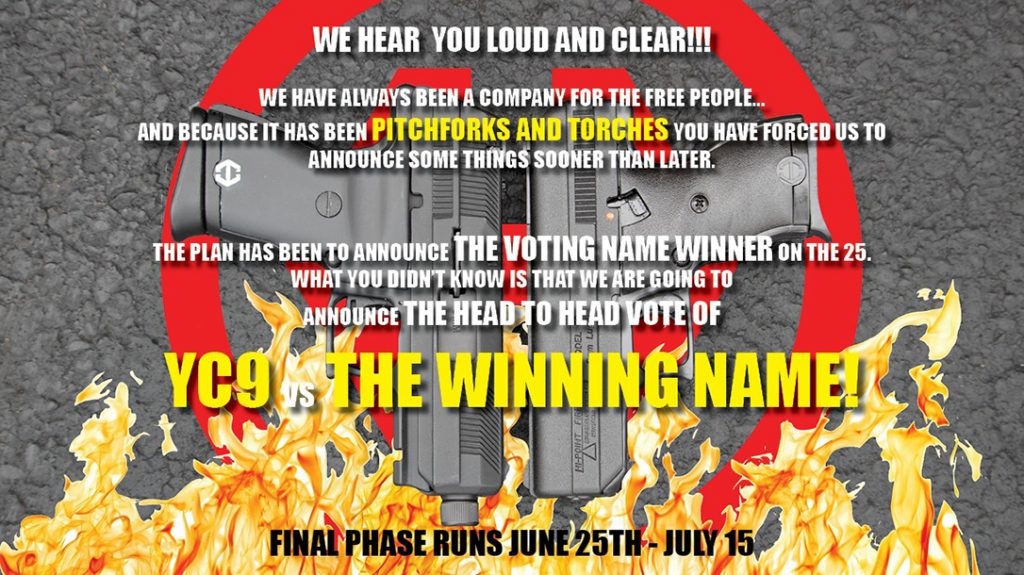 And the people rejoiced. While the ensuring commentary certainly included its fair share of fire, the majority celebrated Hi-Point’s sudden reversal. Even HK got back into the mix, again offering to produce a Mark 23 Yeet Cannon and hold a photo shoot with Hi-Point.

“We did this together everyone!” posted Heckler & Koch in the thread. “Offer stands for the YC-45 photoshoot. Let’s be friends.” Hi-Point played along, posting “Who ever said we couldn’t be friends Heckler & Koch,” with the following video:

With meme generators working on overtime, the 2A community simply wouldn’t let go of the Yeet Cannon. And through the Name the Nine promotion, Hi-Point unwittingly became the vessel. Along with some incredible memes, one artist, Lorin Michki, rendered a WWI-era Yeet Cannon (see the featured photo at the top of this post). It’s simply amazing. The artist, via Drawn Fire: Art by Lorin Michki, is offering the prints for sale. His page has some other gun art as well, including a cool Dirty Harry portrait.

Hi-Point’s Name the Nine promotion continues through Friday, June 28, at 1 p.m.. You can vote now between YC9 or CTAC9, and the results are live. At press, YC9, predictably, already commanded a huge lead, with nearly 90-percent of the vote. 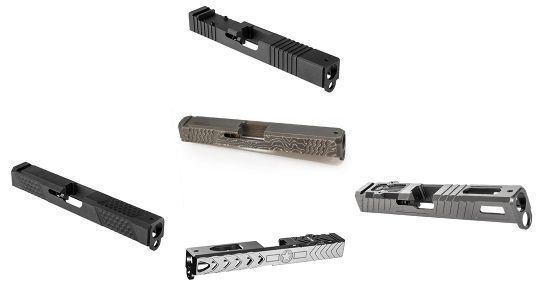 What Are the Best Glock Aftermarket Slides Available for Your Pistol? 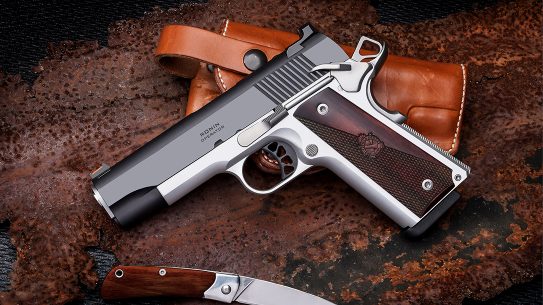 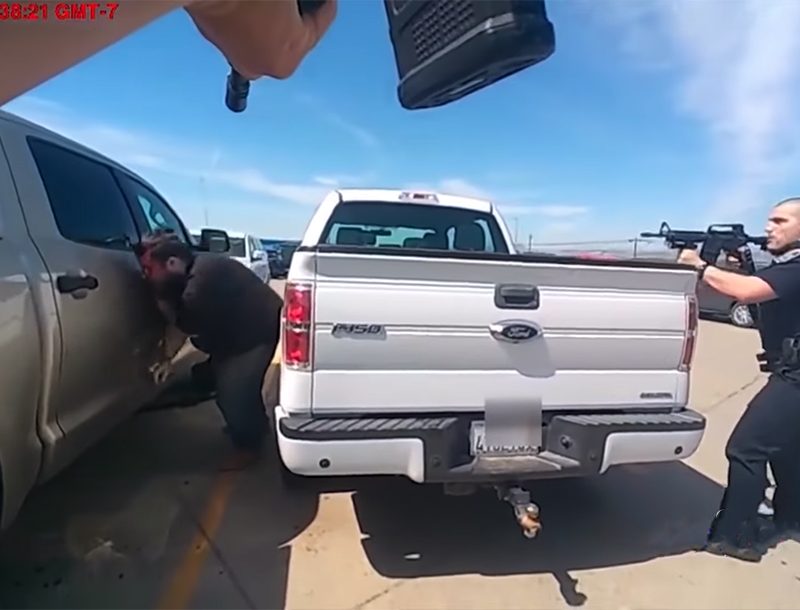