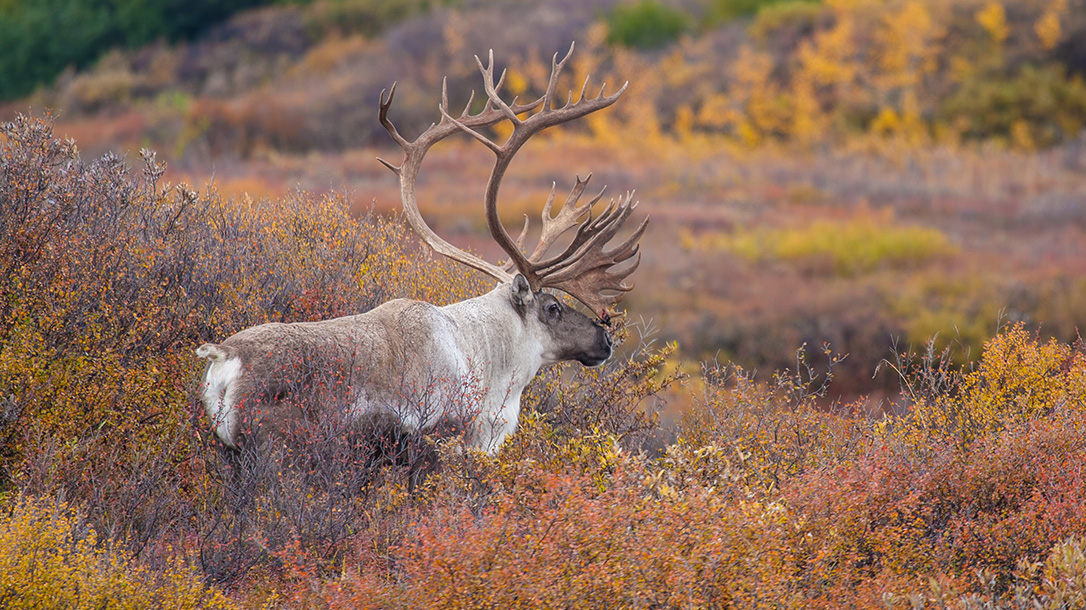 1 of 6
Caribou
Those interested in caribou need to head to the far northern part of North America. 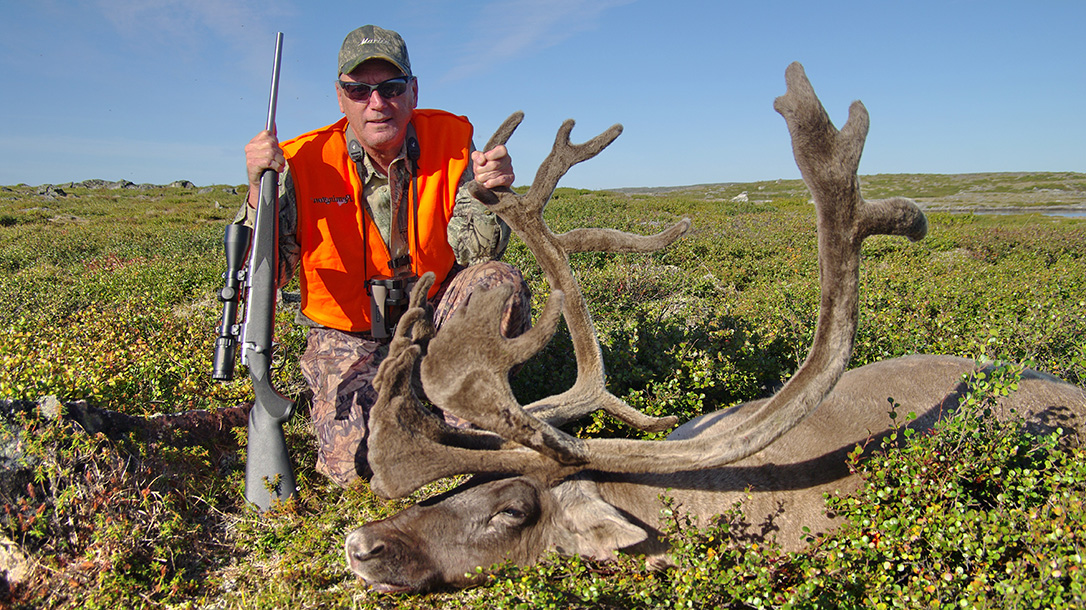 2 of 6
Photo by Jon R. Sundra
Newfoundland Caribou
The author took this caribou in Newfoundland. 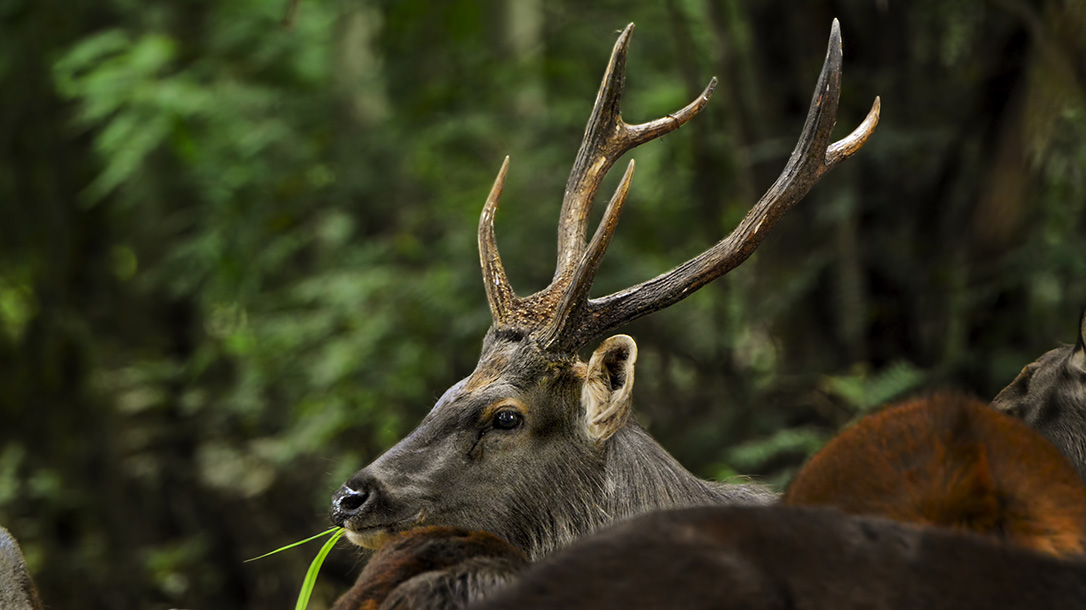 3 of 6
Rusa Deer
One of the author’s most memorable hunts was after a rusa. 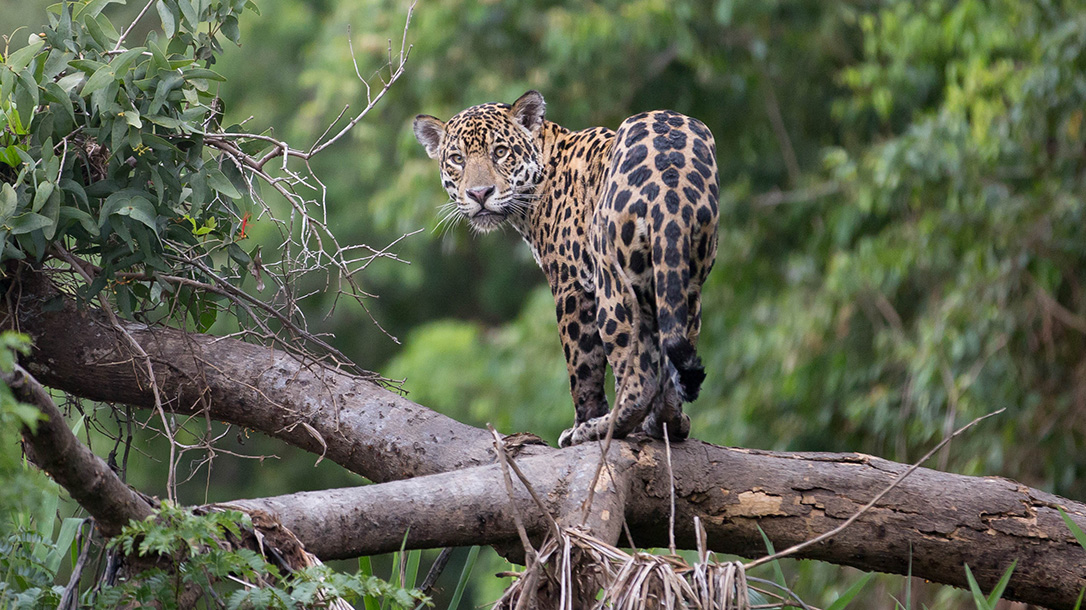 4 of 6
Jaguar
The author took one of the last legal jaguars allowed. 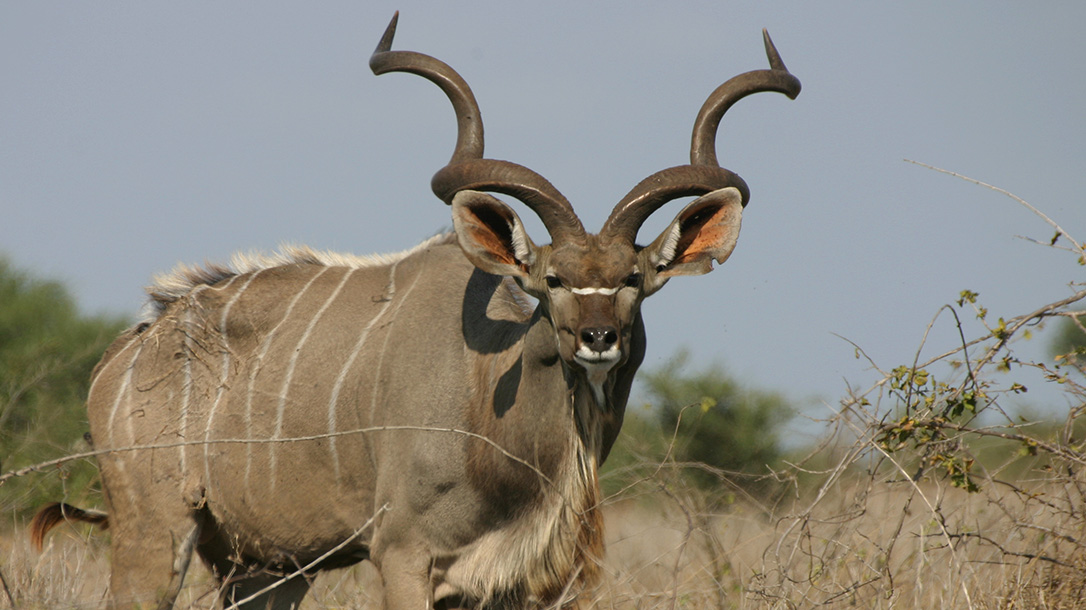 5 of 6
Kudu
If you want to take a kudu, you pretty much have to go Africa. 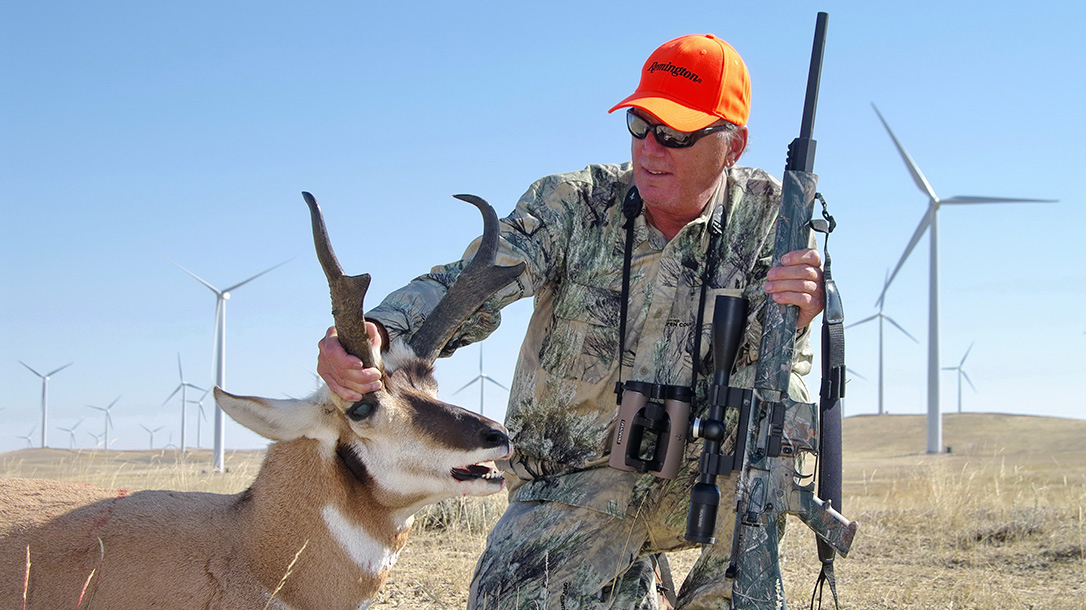 6 of 6
Photo by Jon R. Sundra
Western Pronghorn
Hunting antelope out West can be quite fun, and it is not that expensive of a hunt. 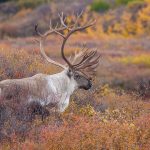 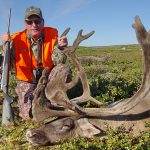 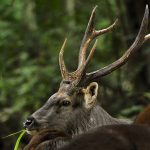 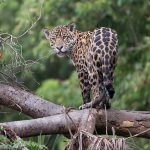 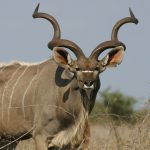 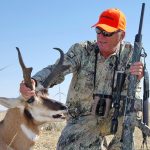 What hunter doesn’t dream of hunting trips in other places? I believe a thirst for adventure resides in the heart of every true hunter. Such aspirations needn’t be unrealistic. Take the guy who’s hunted nothing but whitetails all his life and just once would like to get out West and chase pronghorns, or maybe do a horseback hunt for elk in the high country. Expensive? Well, compared to a local deer hunt, yes, but certainly not out of reach for most of us if the desire is there. 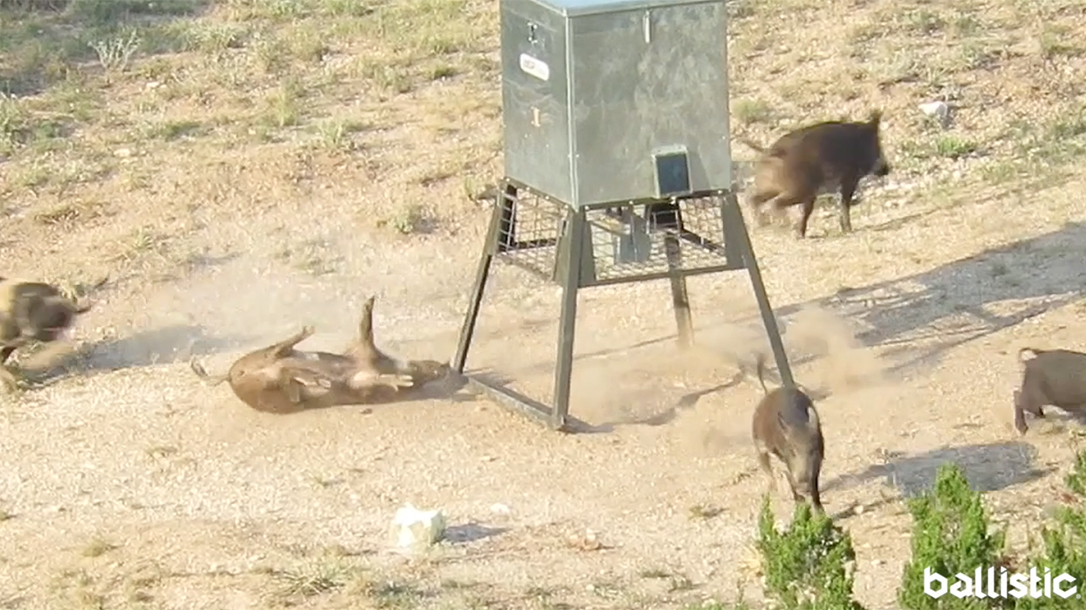 WATCH: Successful Hog Hunting in Texas Out to Nearly 800 Yards

But then again, there are bold dreamers like me who, as a boy and young man, were determined to hunt all over the world. I didn’t know how I was going to do it — what with being married and the father of two young boys while living on a salary of $400 a month, which is what my first job out of college paid — but I dreamed about doing it anyway.

As it turned out, I have been fortunate enough to have fulfilled those dreams over the course of 50 years as a gun writer. Along the way, I’ve experienced some incredible hunts, some of which are impossible to duplicate today. However, most can be, so if you don’t already have a hunt bucket list, allow me to make a few suggestions that I think are very doable.

Every time I’ve written about this hunt, I’ve described it as the “world’s greatest deer hunt.” For me, this was a bucket job — one of those hunts I just had to make before I began looking at the grass from the wrong side. How a critter gets on someone’s bucket list is purely arbitrary. It can be the result of simply seeing a photo, reading a story or hearing from someone who’s done it.

In my case with the rusa, it was walking past a shoulder mount of the world’s record on display at the 1992 Safari Club International (SCI) Annual Hunters’ Convention in Reno. I thought it was the most beautiful deer I’d ever seen, with lyre-shaped, six-point antlers perfectly duplicated on both sides. It was this perfect symmetry of the rusa/axis families that I found so compelling. This particular stag was taken on the island of New Caledonia by Bob Penfold who, as an outfitter, headed up an organization called Hunt Australia. Until then, I had never considered hunting in the South Pacific for anything other than Asiatic buffalo, or possibly banteng.

It took two years for me to put that hunt together, but it was worth the wait. It was on August 1, 1994, that I found myself on the French protectorate island of New Caledonia, some 140 miles long and 40 miles wide. Rusa deer were introduced to the island in the early 18th century by sailors who needed fresh meat on their long journeys across the Pacific.

The area I hunted was an old cattle ranch, and while I wouldn’t describe it as mountainous, the surrounding hills rose 500 to 600 feet above the sea, which was close by and could be seen from the hilltops. Let me set the scene for you: Our MO was to climb to the top of a hill at the crack of dawn and begin glassing. The temperature quickly warmed to the mid to high 70s, but there were no bugs, and stags were always in sight.

As we looked toward the ocean, the mist from the waves breaking against the reefs provided a perpetual rainbow. Every lunch and dinner took place at a French restaurant less than a 10-minute drive away. And because there were two deer on my license, I was able to be selective about what I wanted to shoot. After collecting a very good stag on the second morning, I held out. But in the waning light of the last day, I took a magnificent stag that could have been the son of the one that had started it all two years prior at that SCI convention.

If ever I wanted to repeat any one of the deer hunts I’ve made in the world, it would be this one. As far as I know, nothing has changed in the interim. There are a number of outfitters conducting rusa hunts on New Caledonia.

To my knowledge, you can’t legally hunt this magnificent cat anywhere, meaning in Mexico or Central or South America. But I was lucky enough to have taken the last legal jaguar in Mexico in the state of Campeche in 1987. This was the first entry on my bucket list, and I include it here only to illustrate how the passion to hunt a certain animal is both arbitrary and capricious.

I could not have been more than 13 or 14 years old when I saw something on TV about a guy who hunted jaguars in Mato Grosso, Brazil, using nothing but a spear. Later, I learned his name was Sasha Siemel. I figured this guy had balls, but it wasn’t how he hunted them that intrigued me. It was the jaguar itself, and how, having no natural enemies other than humans, it was truly the lord of the jungle.

For some inexplicable reason, I wanted to hunt a jaguar, with a gun, more than a lion or tiger. Go figure. Of course, I knew at the time that the chance of my ever actually hunting one was pure fantasy. Nevertheless, that was the start of my bucket list, strange as that is. Besides, dreaming is free.

This is one hunt you have to do, especially if you live in the East and have hunted nothing other than whitetails—and there’s a few million of you. This is the most affordable and, in a way, exotic hunt you can do. By “exotic,” I mean it’s very different from your typical deer hunt. For one thing, on a typical three-day hunt, pronghorns will be in sight all day, every day. That in itself makes it a totally new experience. The country is flat, vast and relatively featureless. You can see for miles. Another plus is that pronghorn seasons are in September and October, when the weather is still pleasant — even warm—and bug-free. That beats freezing your buns off in a tree stand waiting for something to blunder by. 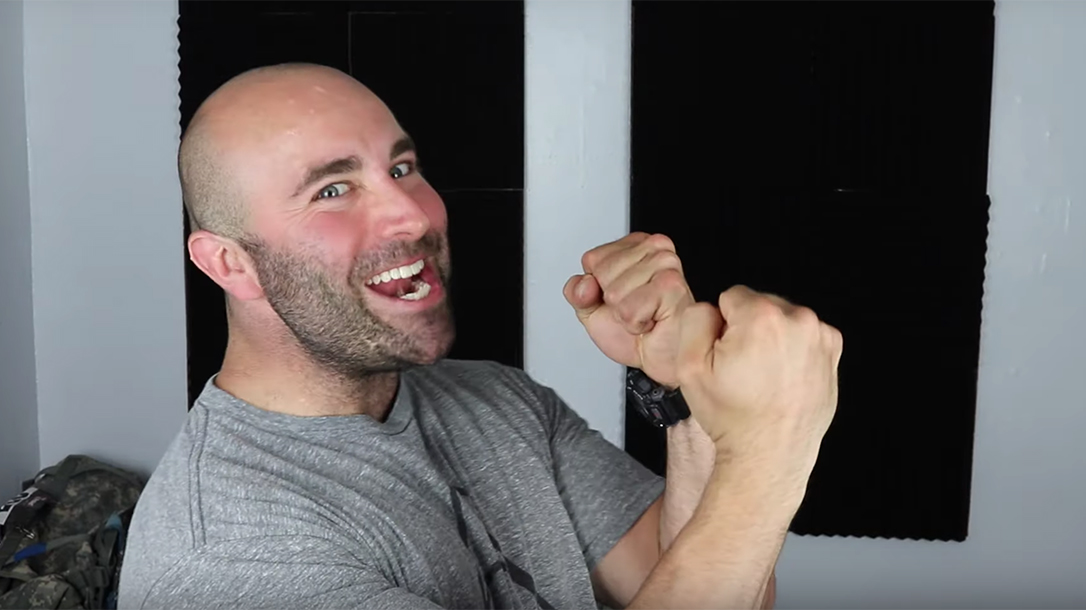 The hunt really begins when you see a buck worth going after. You can make one unsuccessful stalk after another — sometimes for an entire morning or afternoon. This can be arduous and frustrating, but it’s also challenging and, if you’re successful, very rewarding. You feel like a hunter rather than a spectator. There are no guarantees with fair chase, but your odds of success on a typical pronghorn hunt are very high — like 90 percent or so. Again, it’s vastly different from the deer-hunting experience.

This is another hunt that’s, well, kind of exotic yet very doable financially. Again, by “exotic,” I mean it’s totally different from your typical deer-hunting experience, in that the sheer vastness and desolation of the sub-Arctic is mind-numbing. You will never feel more alone, more detached from civilization, than you will in this region of the North American continent. From horizon to horizon, there is nothing but endless bogs and muskeg, unless of course you hit it right and there are also caribou! If in fact you’re in the right place at the right time, you’ll see so many critters that the only problem you’ll have is deciding which bull to shoot.

The odds of success are high on a caribou hunt, but nothing like pronghorn. I’ve been on hunts where I shot the only bull I saw, and two other hunts where the entire camp saw fewer than a dozen or so animals over a five-day period. With caribou, it’s feast or famine.

If it’s an early season hunt, the temperatures can get warm enough during the day to bring out the mosquitoes and blackflies, which can be unbearable. Yet it is a hunt I highly recommend, for it epitomizes the definition of wilderness. And the antlers of a good bull caribou on your trophy room wall will look pretty impressive next to that pronghorn and whitetail!

What hunter doesn’t dream of making an African safari? Again, with our criteria being affordable adventures in distant/different lands, a ranch hunt for plains game in South Africa, Namibia or Zimbabwe is another must-do addition to your list. Consider this: You can go an all-inclusive, seven-day safari in South Africa, for example, that includes licenses and trophy fees for five species — three are usually kudu, impala, warthog, and then you will have two lesser trophies, like maybe a blesbok or springbok — all for under $4,000, plus airfare. You’ll be housed in almost palatial accommodations, eating gourmet-quality food and hunting bug-free in short sleeves and shorts. And you’ll be in Africa!

To put it in perspective, if you were to book an Alaskan moose hunt, you’re looking at around $20,000, plus airfare and a license. And that’s for just one animal, with no guarantee that you’ll even get a shot at a moose. Also, you’ll be housed in a tent, you’ll probably get rained on half the time, and mosquitoes are guaranteed. Unless you really, really want an Alaskan moose, I’d say the choice is pretty simple.

So there you have it: five hunting trips that are vastly different from your typical deer hunt but are still well within reach for any hunter who craves adventure! 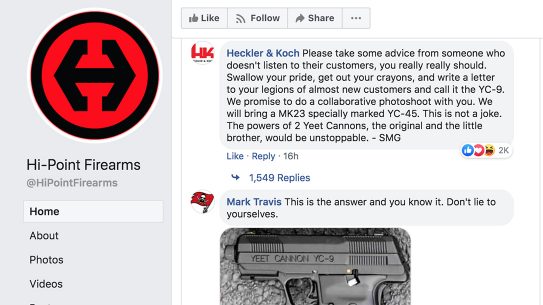 When Hi-Point refused to use fan voting's choice of 'Yeet Cannon' as its new... 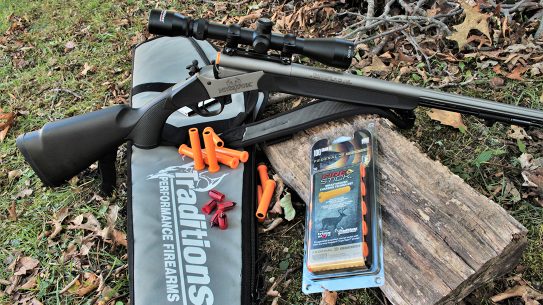