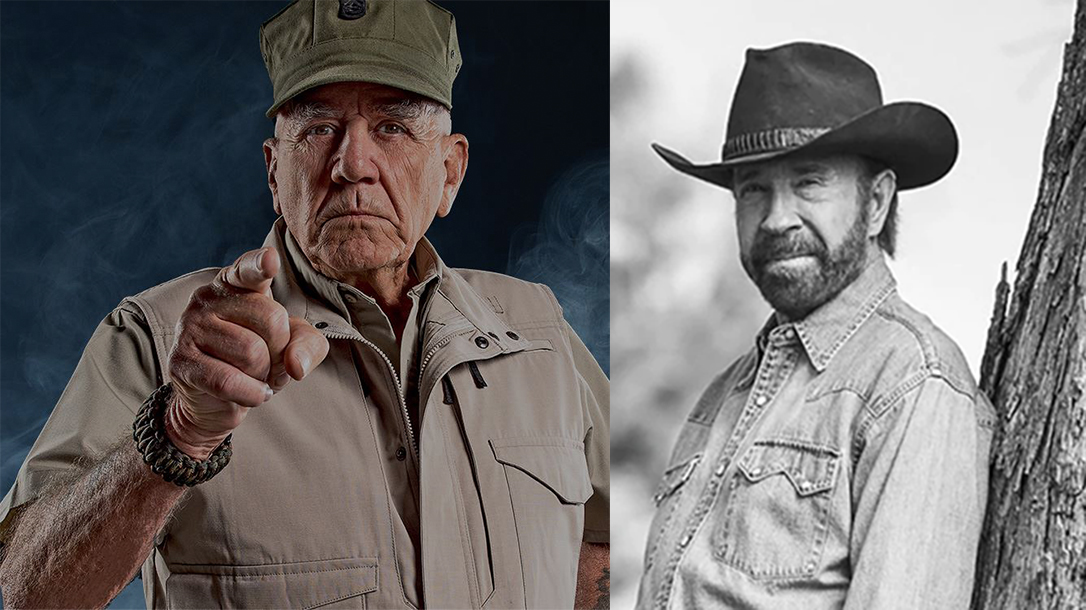 Last year, America lost an icon: R. Lee Ermey. He was a Marine, an actor and a gentleman, not to mention a writer for Personal Defense World and Tactical Life. We even featured the Gunny in the spring 2017 issue of Ballistic. On top of that, Ermey had been Glock’s spokesperson since 2005. After the Gunny died, Glock went in search of another icon who might be able to fill those massive shoes. It took them a year, but the company found one in martial arts expert, actor and Air Force veteran, Chuck Norris. 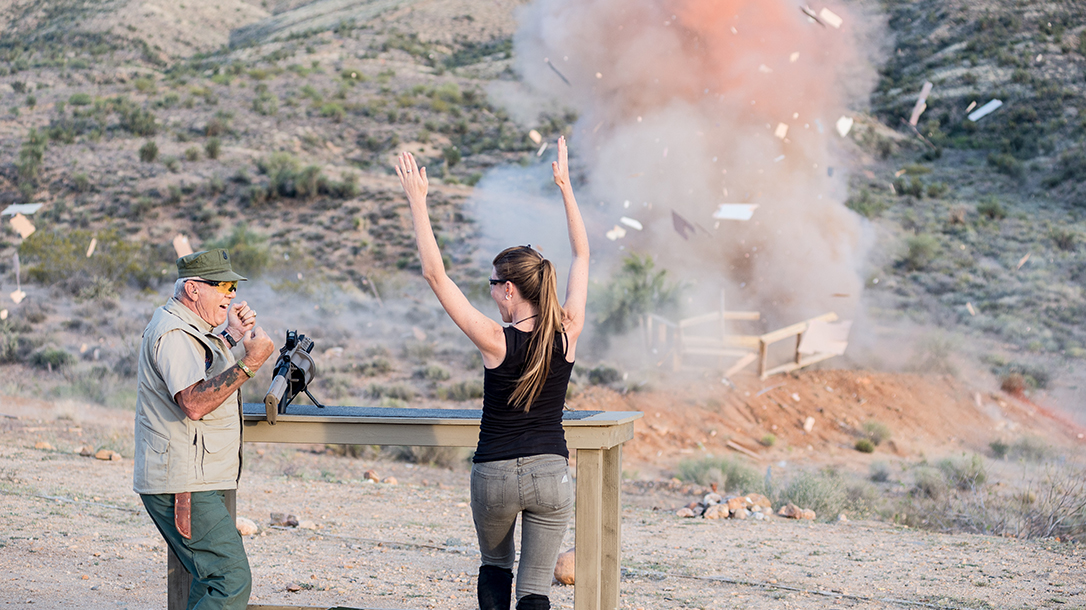 Most people remember Ermey as the Gunny in “Full Metal Jacket,” in which he earned a Golden Globe nomination. That role was just one amazing line after another. And while he was in numerous other films and TV shows, Ermey pretty much turned that one character in a career by channeling him in other movies and shows. However, he also played a minister, a Texas Ranger and a Mississippi mayor, in addition to lending his voice to video games and even kid shows. He even hosted two History Channel shows: Mail Call and Lock n’ Load with R. Lee Ermey.

It was during this time that Glock made him its spokesperson. Over the years, Gunny made some memorable commercials for the company including “Wrong Diner, Wrong Convenience Store” and even “Wrong Girl.” However, it was probably a quote by Ermey that helped Glock more than anything else. And the company wisely marketed it.

“I had a choice to represent any firearms company in the world, and you know I’ve shot ‘em all, but this one’s easy: If I had to own one pistol, it would be a Glock.”

Chuck Norris — His Name Is a Nickname

Everyone has heard of Carlos (Chuck) Ray Norris. Few realize, though, that the name he’s known by is actually a nickname he received in South Korea while serving with the Air Force. This, of course, leads right into the Internet meme sensation he has become. He’s the only man who could turn his name into a nickname. Others Norris facts include:

Norris, of course, has appeared in numerous movies, and starred in one of his most famous rolls, “Walker, Texas Ranger,” for eight years. However, he’s also a best-selling author, and even at age 79 still promotes the Total Gym fitness machine with Christie Brinkley.

Norris just might be the only person in the world who could step into the Gunny’s shoes. But, that remains to be seen. He hasn’t been Glock’s spokesperson for very long, and we haven’t seen a marketing campaign. So, we decided to find out if you think Chuck Norris is a viable replacement for our dear Gunny. Let us know what you think in the poll below. 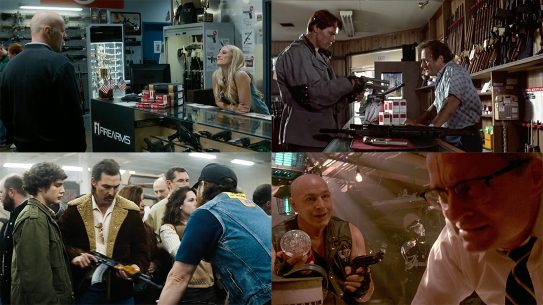 From the range of firearms available to the exchange itself, we explore why gun...