In the category of things retro-AR fans could only dream of owning, the original .223 caliber serial number 1 proto-type AR-15 rifle tops the list. That gun — and the few copies made for testing by the military in the late 1950s — were simply impossible to own … until now. Brownells told Ballistic Monday that it’s adding a copy of the great grandfather of the America’s Rifle to its excellent Retro line: the Brownells BRN-PROTO. 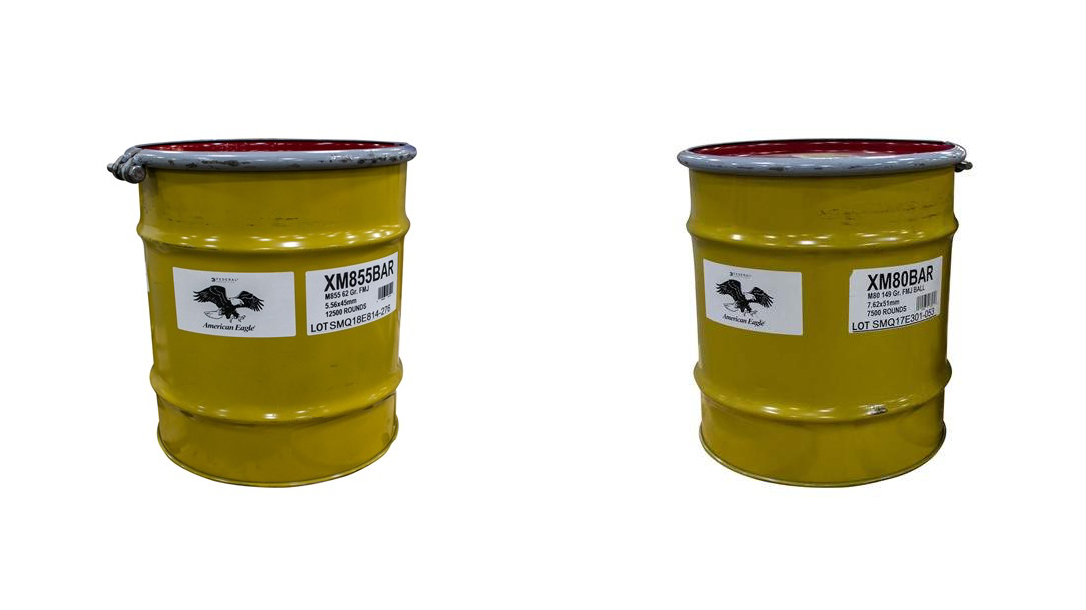 Brownells Is Actually Selling Bulk Ammo Barrels in 5.56 and 7.62X51

The proto-type AR-15 was actually a scaled down version of the revolutionary .308 caliber AR-10 rifle developed for military trials by firearms design genius Eugene Stoner in the early 1950s. Despite the AR-10 being very favorably reviewed in Army Ordnance testing, it was rejected in favor of the heavy, old-school steel and wood, M14 rifle. Later battle experience in Vietnam demonstrated the M14 couldn’t compete evenly in a firefight with the AK-47.

The M14 was reportedly too hard to control in full-auto fire. Also, soldiers couldn’t carry enough of its heavy ammunition to maintain fire superiority. Forward thinking military leaders anticipated this and continued to pursue a small-caliber service rifle even after the Army decided on a .308 caliber service rifle; then they bullied its allies into making that caliber the NATO standard.

The AR-10 redesign project was a team effort. Experts designed the new small caliber cartridge with the new rifle to meet the military velocity and penetration requirements. The .223 Remington was born right alongside the AR-15. Unfortunately, hide-bound military leaders had just as much trouble accepting the AR-15 as they did the AR-10. Both rifles shared the same shocking futuristic appearance. Ultimately, the technology oriented Air Force first embraced the AR-15. It had to be forced on the Army.

Though most of the AR-15 proto-type design carried on into the the production M16s that led to our modern AR platforms, it had a few unique features that didn’t make the cut; most notable was the trigger-like cocking handle inside the carry handle on the top of the rifle. This system was ambidextrous and less likely to be damaged by bending if roughly handling during charging than the rear-mounted charging handle we’ve come to know. On the downside, it was slightly more susceptible to outside dirt since it’s slot was on the top of the action.

The proto-type also used a straight, 25-round magazine; that is obviously longer than the 20-round type that became standard on the M16. Brownells duplicated it on its replica.

Along with that, Brownells also duplicated the proto-type’s brown stock furniture and slim round front handguard, straight, rather than triangular, front sight tower and early flash suppressor.

Brownells also anodized the forged aluminum receivers in a more correct gray color like the original guns. For the record, the Brownells made its Retro stocks from durable modern Zytel, not the fragile plastic like the originals.

The proto-type was an exceptionally clean looking rifle with its slab sided receiver and carry handle mounted charging handle. There was no forward assist feature because Stoner never felt it necessary. In fact, it probably wasn’t with the clean burning powder the cartridge was originally designed for.

The replica has an authentic looking chrome-lined, 20-inch “pencil” barrel in a 1:12 twist. It also has a chrome-plated bolt carrier group made of 9310 steel.

Shooting the Brownells BRN-PROTO, one gets to experience the AR-15 in it’s sleekest, lightest form — as originally imagined.

MSRP on the Brownells BRN-PROTO is $1,299.99. For more information visit Brownells.com. 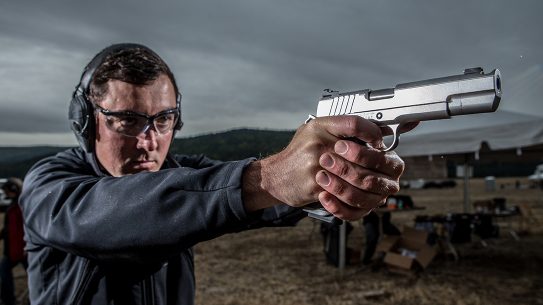 With an affixed compensator seamlessly blended into the gun, the Nighthawk Custom Firehawk is...