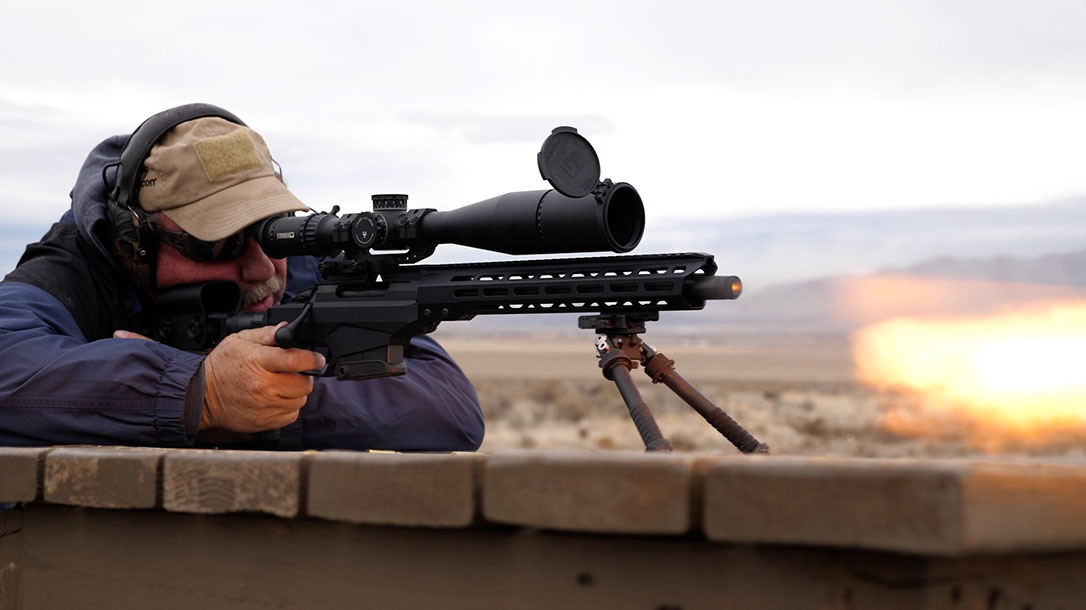 With thousands of accessories available, consumers can pretty much do anything they need or want to their rifle. Some accessories are functional and many cosmetic. However, none have a greater effect on a rifle’s usability than a muzzle devices.

How they work makes a huge difference. But with hundreds to choose from, what they accomplish is quite different. So which muzzle devices best between flash hiders, compensators, muzzle brakes and flame throwers? Let’s discuss. 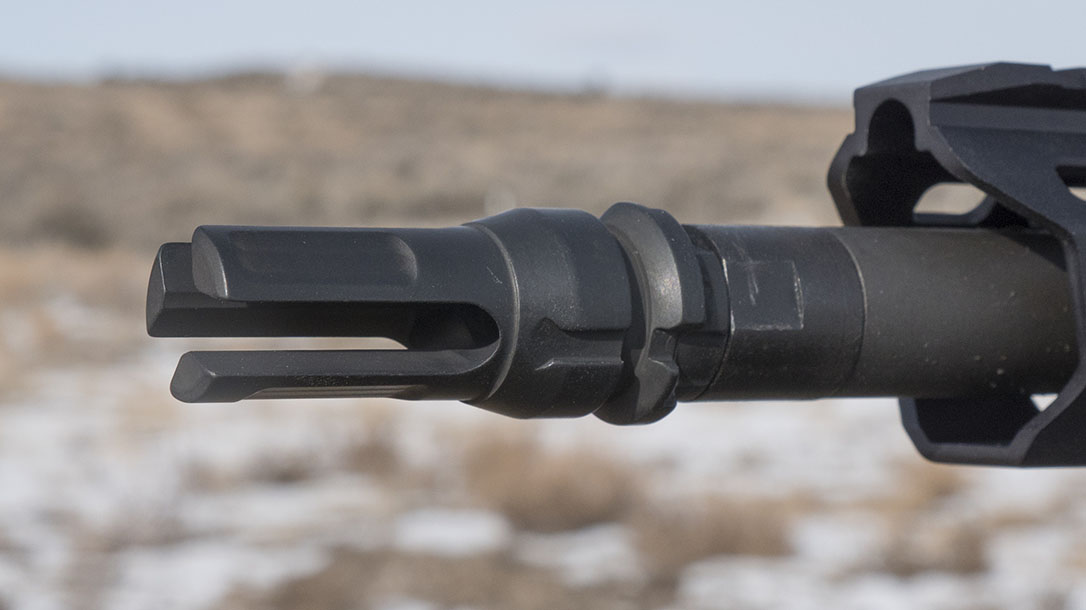 Military rifles have been using flash hiders for decades, but the AR made them mainstream. As barrels grew shorter the unburned powder created a rather impressive fireball that could be seen for miles by an enemy — not optimal. Early flash hiders were mostly prongs that were later closed into what is the “bird cage” we see today.

Standard on most ARs, it was designed for a 20-inch barrel. Flash hiders work OK on the 14.5-inch barrels depending on ammunition. They’re about worthless on anything shorter. It prompted numerous designs and improvements using various numbers of prongs, open or closed.

Thick or thin, twisted or straight, simple or complicated, some look like modern art. Most are more marketing than application. All of them suppress flash. The better ones eliminate it on 14.5-inch or longer barrels. They do nothing to mitigate recoil, muzzle blast, or barrel movement. Flash hiders are deafening in confined spaces; the shorter the barrel the worse it gets. Muzzle blast ranges from distracting to punishing.

If all you want is less flash on a longer barrel, these are the ticket, but don’t expect them to do anything else. 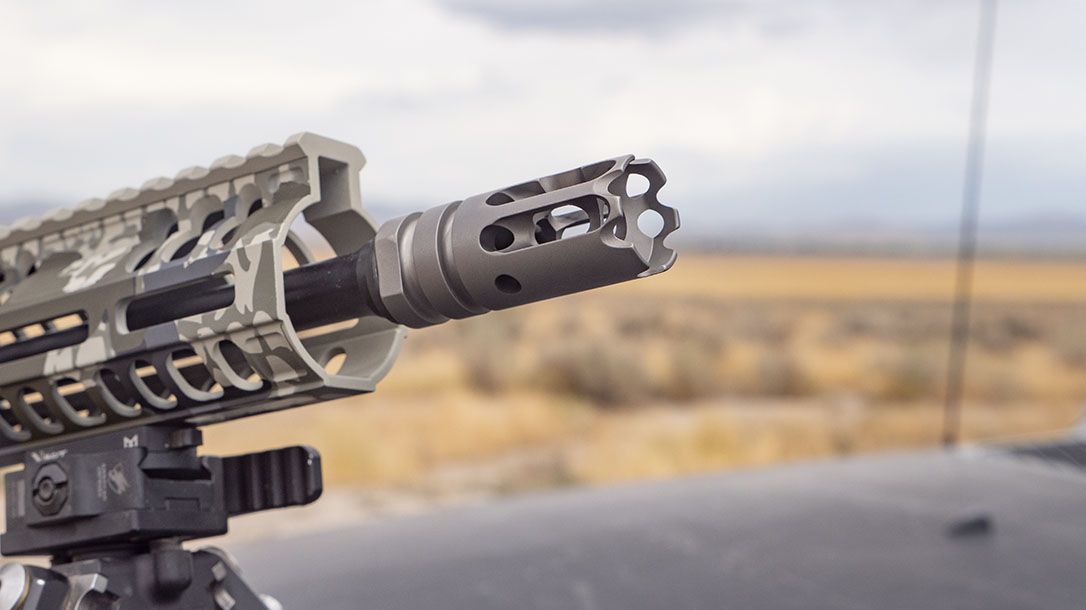 Muzzle compensators direct or redirect barrel movement, mostly downward. Early versions were designed specifically to deal with muzzle rise on fully automatic weapons. Vents directed muzzle blast up compensating for the typical rise of the muzzle. They did nothing to mitigate recoil, just muzzle rise. They can also be incredibly loud.

Later versions compensated in other directions, but a pure compensator deals only with muzzle rise. You still see them on hunting rifles occasionally. Combinations of flash mitigation and compensation — like the M16A2 — are most common. Gas is vented mostly upwards with some to the side, which keeps the blast from spreading debris, dust and dirt up in the air or covering the shooter. The blast can be intensive. Most have some degree of recoil mitigation typically seen in a muzzle brake these days.

Muzzle brakes primarily mitigate recoil. Designs range from big slots to complicated machining based on high-tech computer models. They direct blast to the sides and rear to act as a “brake,” stopping the rearward movement of the rifle and lessening felt recoil. Most avoid blast towards the ground. One of the best on the market is the LANTAC Dragon.

A must on high recoiling calibers like .338 Lapua Magnum and .50 BMG, they are amazingly effective. They all but eliminate recoil and muzzle movement on smaller calibers. If all you want is less recoil and barrel movement, they are great.

The downside? The muzzle blast is punishing. Depending on caliber and proximity it can be both deafening and debilitating. Many ranges and training academies ban them from use. Shoot in the snow or soft dirt and they spread debris all over you and into the next county. The shooter experiences the least blast effect depending on the design.

Most are geared towards magnum rifles or competitive shooting, but they are popular all around, often with zero consideration as to what can be serious effects if ever used without hearing protection. They are great at what they do, but what they do is not always great depending on application. 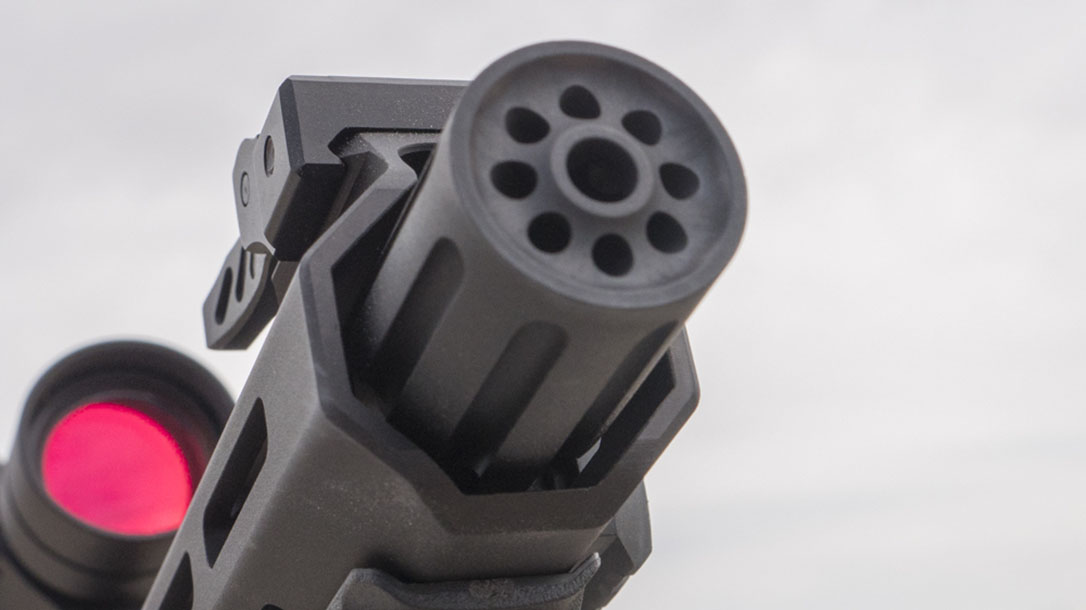 As barrels get shorter — especially with the 5.56mm cartridge — the muzzle blast becomes overwhelming. I have seen SWAT guys stopped in their tracks when a 10.5-inch carbine with a brake touches off next to them even with hearing protection. Not only is the blast debilitating, but the unburned powder can cause injury and hearing loss to anyone nearby. It prompted the development of devices (mostly brakes) that divert the blast forward, away from the shooter or anyone next to them.

Most are stand-alone devices, while others go over muzzle brakes designed to accept suppressors. They generally send a monstrous ball of fire out the front, hence the “flame thrower” tag. While most muzzle brakes do this, forward designs send the blast, flame and debris forward instead of into you or your partners eyes, ears and face. 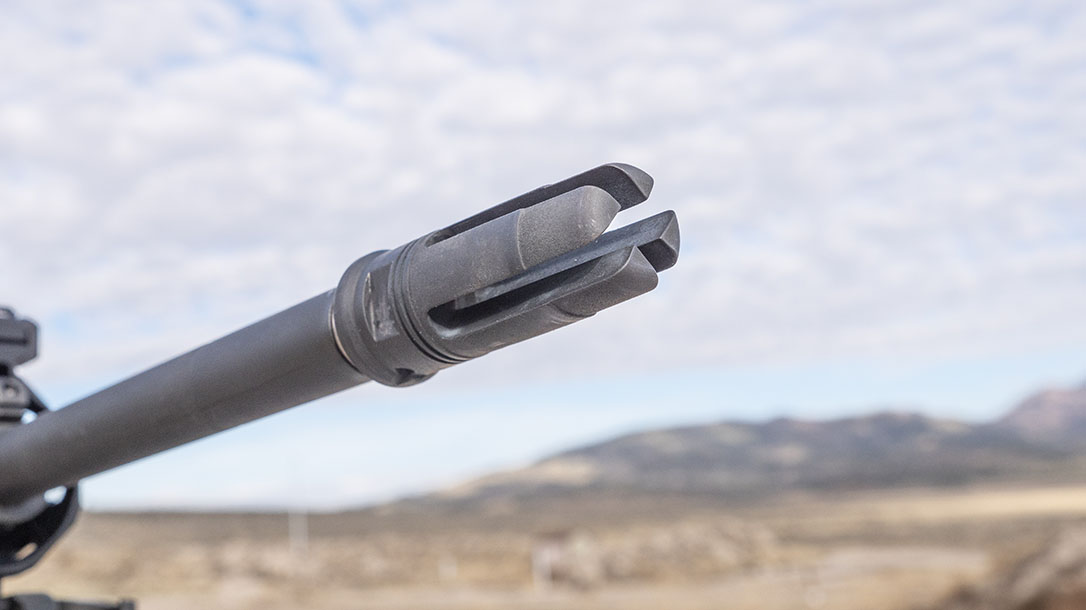 Hybrids are some combination of flash hider, muzzle brake and/or compensator. Most lean towards one effect or another (recoil, flash, muzzle blast, etc.) with varying effectiveness for the rest. They may have great recoil mitigation and less blast at the shooter, or some flash mitigation.

Muzzle devices like the SureFire Warcomp (pictured above) have solid flash suppression with some compensation for muzzle rise while accepting their SOCOM suppressors. Many work as a brake, compensator or flash hider and will accept a specific suppressor. Most major suppressor manufacturers have both a brake and flash hider that do this. NG2 Defenses MZLMAX is one of the best to date at doing all three well, but even it remains pretty oppressive on very short barrels (7.5 to 9 inches). With increased demand, these continue to get smaller, lighter and better.

What Should I Use?

Flash hiders make for a more pleasant shooting experience than bare muzzles in most cases. Anything 14.5 inches or longer benefits the most depending on ammunition. Flash is as much (or more) about the powder, atmospheric conditions and how fast you pull the trigger as barrel length, so that factors in even with long barrels. Short barrels — 11 inches or less — benefit little unless the ammunition is designed specifically to mitigate or eliminate flash. These are well suited to patrol rifles with longer barrels, precision rifles or DMRs. You get zero recoil mitigation and they are still loud if nearby, but they are the most cost-effective choice and will work for 95 percent of shooters out there.

Forward facing designs or blast diverters remain the best option for short barrels right now, including the latest crop of brace-equipped pistols. Most short barrels (especially in 5.56mm) do not handle suppressors well. Those in .300 BLK perform better, but few will hold up to short barrels (9 inches or less); there’s too much heat. Blast is intense when the muzzle is that close to your face or anyone else’s. These eliminate blast at the shooter, for the most part sending it and the noise forward. They are well suited for entry teams, work in vehicles or confined spaces, or for personal protection. Muzzle devices like the Primary Weapons CQB offer flash mitigation along with blast diversion. Other hybrid models can also help with flash, even recoil.

Hearing damage is cumulative and none of these are “hearing safe,” even with protection. Most protection drops them below OSHA’s pain threshold (140 dB), not safe levels (under 100dB). Just because there’s no pain doesn’t mean no damage. Unless your life depends on it, don’t suffer the pain or cause the damage. This cumulative and or immediate damage to hearing, even a concussive effect, is why the military is trying to move to suppressors. The damage is real.

Muzzle devices are not just bobbles on the end of your rifle, they are critical to its operation. Do some research and pick one that fits your needs, not just the latest greatest, most expensive or coolest looking. Your hearing, and that of anyone around, you will appreciate it! 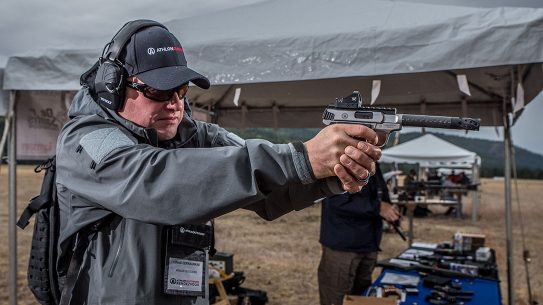