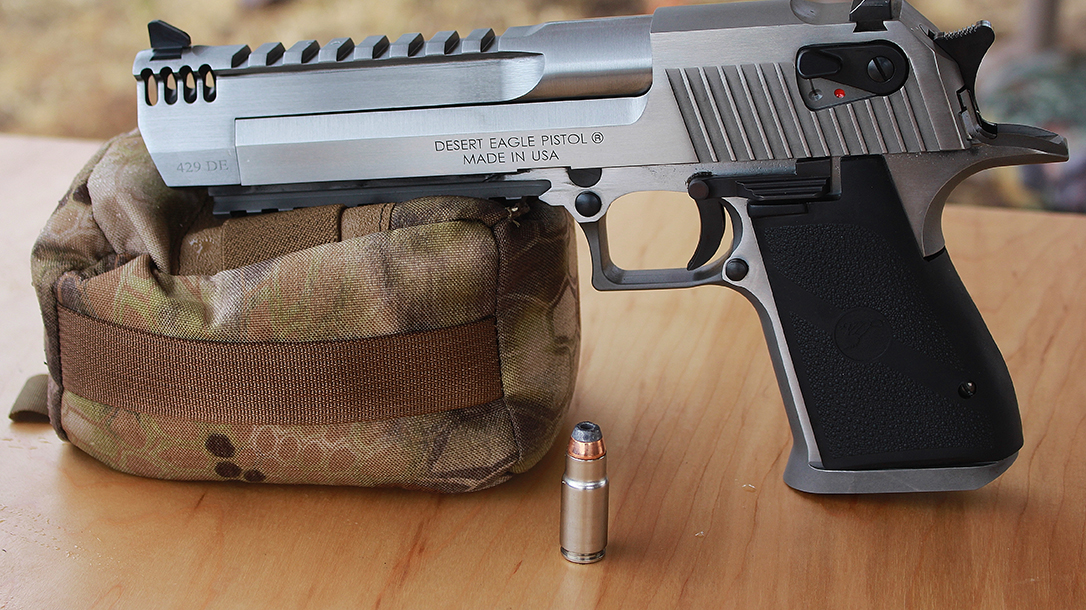 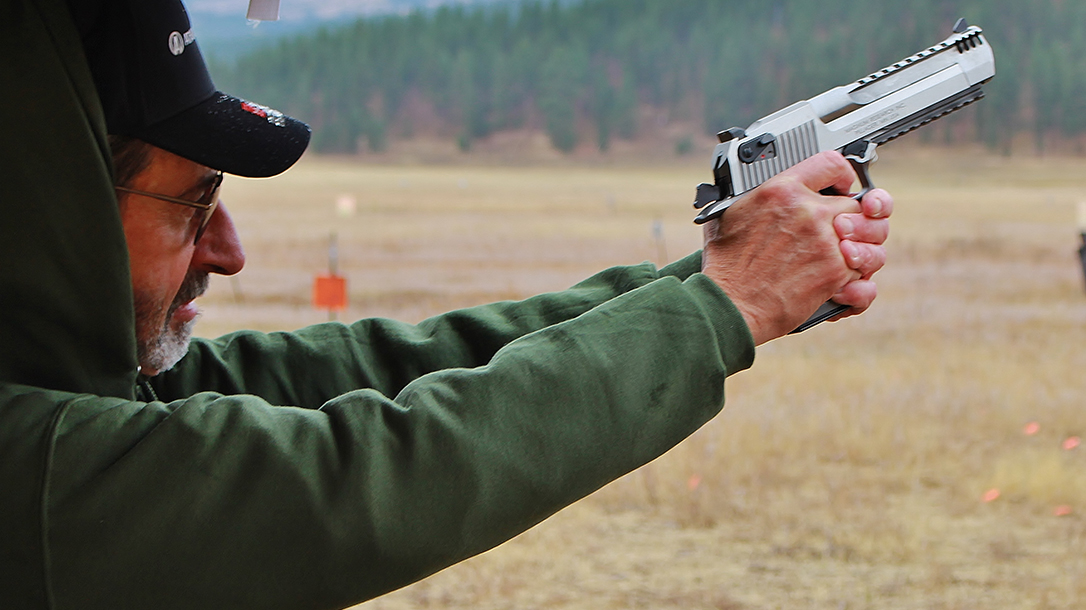 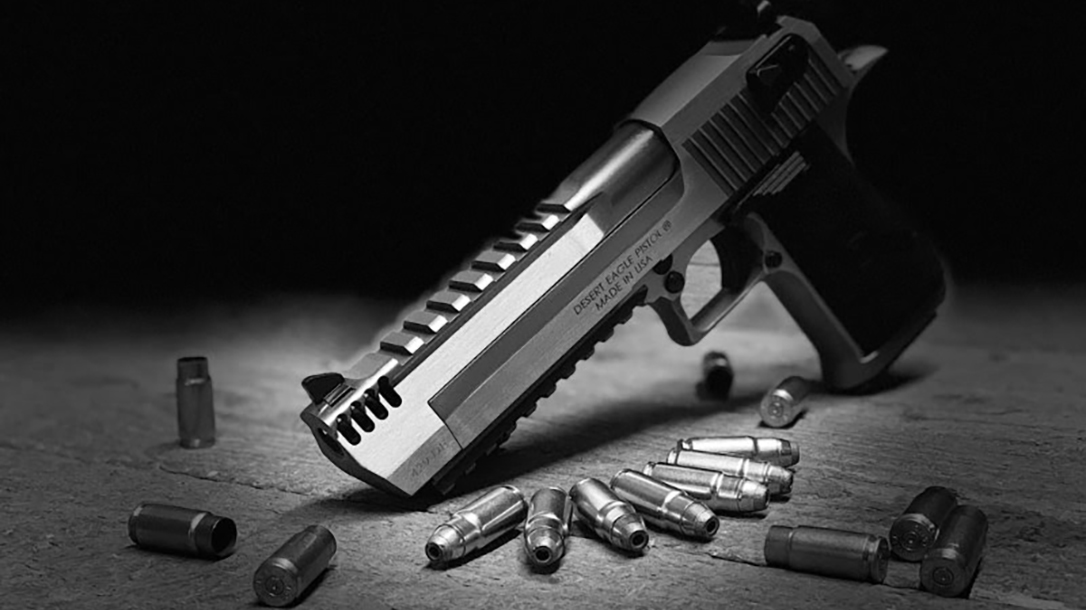 3 of 3
Photo by Magnum Research
Magnum Research 429 Desert Eagle Cartridge
The new gun and cartridge combo launches a 240 gr. bullet from a 6-inch barrel at 1,625 feet-per-second. 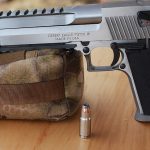 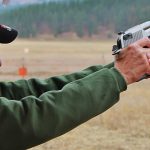 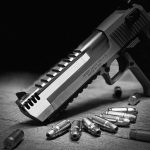 Step aside Dirty Harry, your .44 Magnum and .44 AutoMag are no longer the most powerful .44s. Even Dan Wesson’s .445 SuperMag can’t beat Magnum Research’s new kid on the block: the 429 Desert Eagle pistol cartridge. 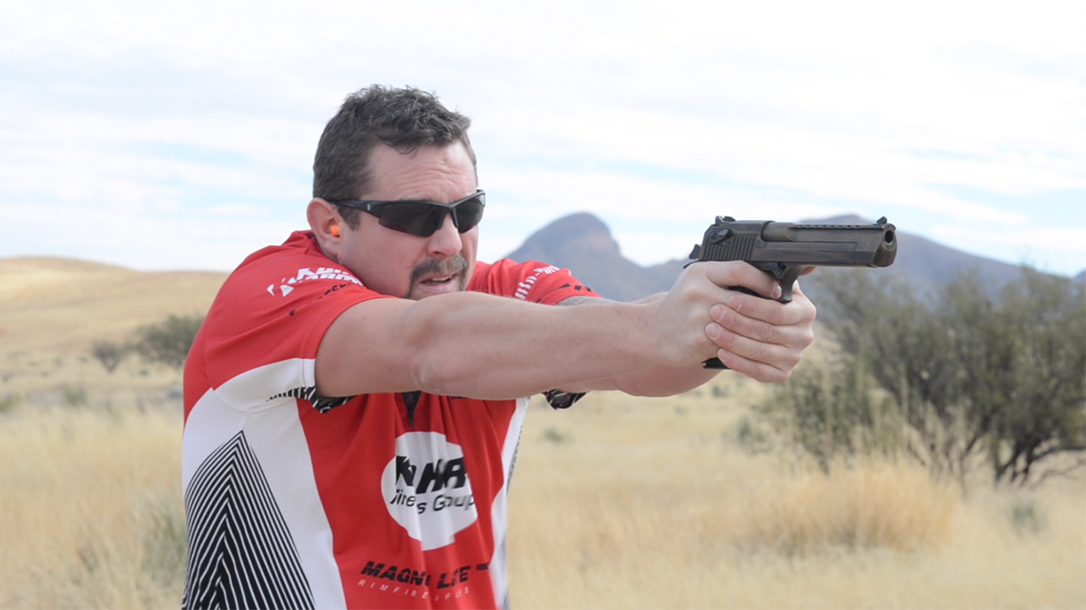 The new gun and cartridge combo launches a 240 gr. bullet from a 6-inch barrel at 1,625 feet-per-second, which makes it the biggest and baddest .44 caliber currently in production!

Having tested it at the 2018 Athlon Outdoors Rendezvous, the claims behind the new cartridge prove very true.

It only stands to reason that Magnum Research would consider developing a hot new .44 pistol round that delivers the same performance from a 6-inch barrel as the .44 Magnum does when fired from a 16-inch barreled rifle. Why? Because Magnum Research has the pistol that can withstand the pressure of a super-hot .44 load.

Magnum Research also has the .50 Action Express cartridge, which is a natural for being necked down to accept a .429 diameter bullet.

In addition, one state where I hunted a few years ago does not allow .50-caliber handguns for use in taking big game.

Americans have been in awe of the big .44 ever since it began to appear on TV and movies in the ’50s, ’60 and ’70s. With that in mind, why shouldn’t Magnum Research to develop an even bigger .44 for the Desert Eagle?

The last ingredient in the mix is the Desert Eagle pistol itself. This large semi-auto has a number of things going for it when it comes to handling the recoil of super-magnum pistol cartridges.

The first is gas operation, which spreads out the recoil pulse and makes the gun both easier to control and easier on your wrists.

The second is the integral muzzle break on the .429-caliber model.

Lastly, the Desert Eagle weighs 4.5 pounds; that’s heavy, but due to the pistol’s excellent balance, even a lightly-built person like myself can easily hold it steady using a two-hand hold.

With a sturdy externally-worn shoulder holster, it would be possible to carry this gun on long walks all day. For a person hunting in close timber, the 429 Desert Eagle is as effective as a .30-30 on game out to 100 yards. The pistol is also lighter to carry than an 7-plus pound rifle

Everything considered, there definitely seems to be a niche for the Desert Eagle in 429 Desert Eagle.

Ammunition for the 429 Desert Eagle is currently loaded by HSM in Stevensville, Mont. Two loads are available, both of which use Sierra bullets and Starline brass. All of the ammo is loaded with flash-suppressed Western 11 FS powder.

The first load is a 210 gr. JHP which leaves the barrel at 1,750 feet-per-second. and produces 1,427 foot-pounds of muzzle energy. Factory sources say this rapidly expanding load is best suited for medium-sized big game like deer.

The second load is a 240 gr. JSP that has a muzzle velocity of 1,625 feet-per-second. and generates 1,407 foot-pounds of energy. This deep-penetrating load is intended for larger big game.

An increase in power wouldn’t mean much if the gun wasn’t controllable or accurate.

As for control, I felt less recoil than when shooting a 240 gr .44 Magnum load in my 6.5-inch M29. With respect to accuracy, the factory states that it produces groups of 1.25 inches to 1.375 inches at 35 yards. In live fire at the Athlon Outdoors Rendezvous, I found it easy to hit a 12-inch steel target at 25 yards, so I have no reason to doubt the company’s claims.

For further information go to MagnumResearch.com. 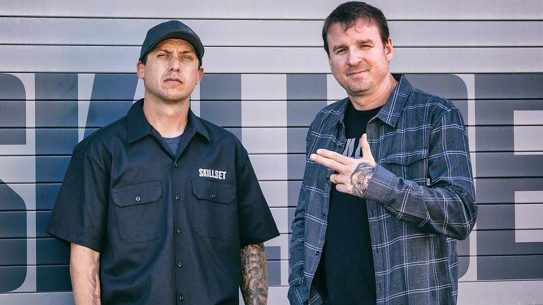 The editors of Skillset Magazine recently joined the We Like Shooting podcast and couldn't... 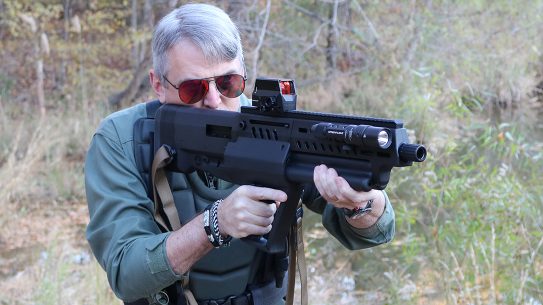 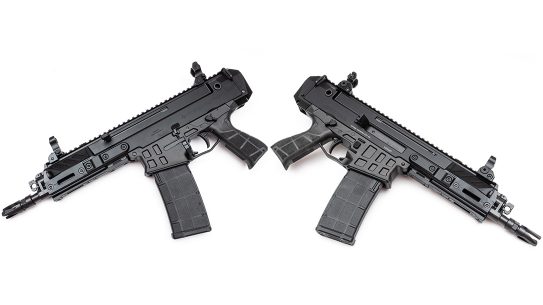 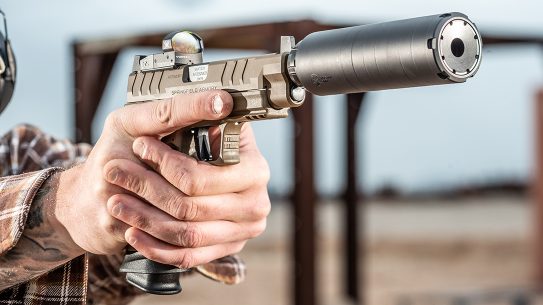 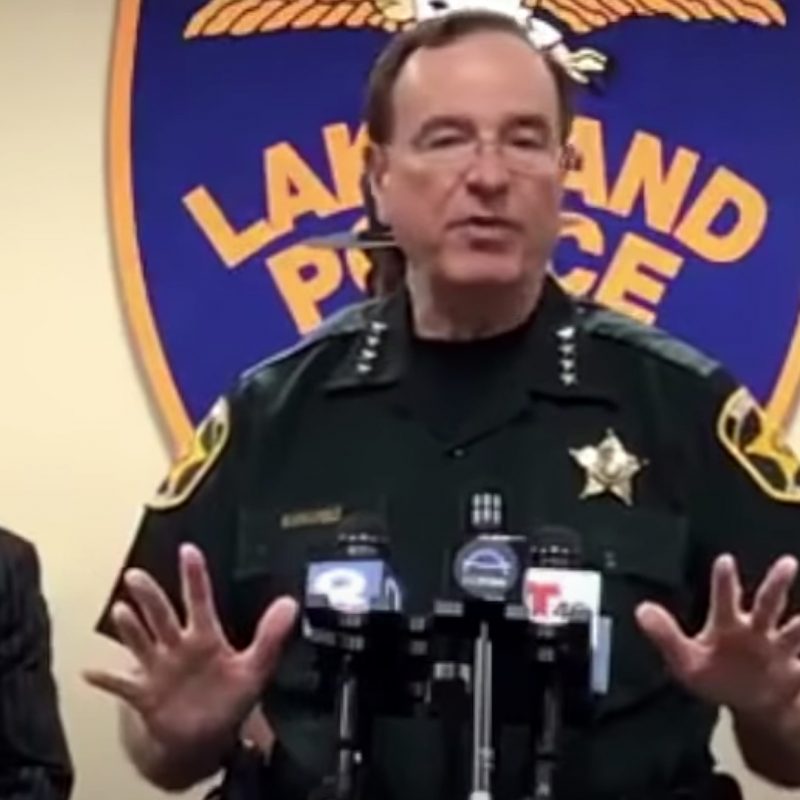