When I was told that I was going to be shipped a pair of mare’s legs, I was a little confused. Images from The Godfather flashed through my brain. A horse head between the sheets was retaliation for disrespect against the family. So what do legs in the mailbox signify? 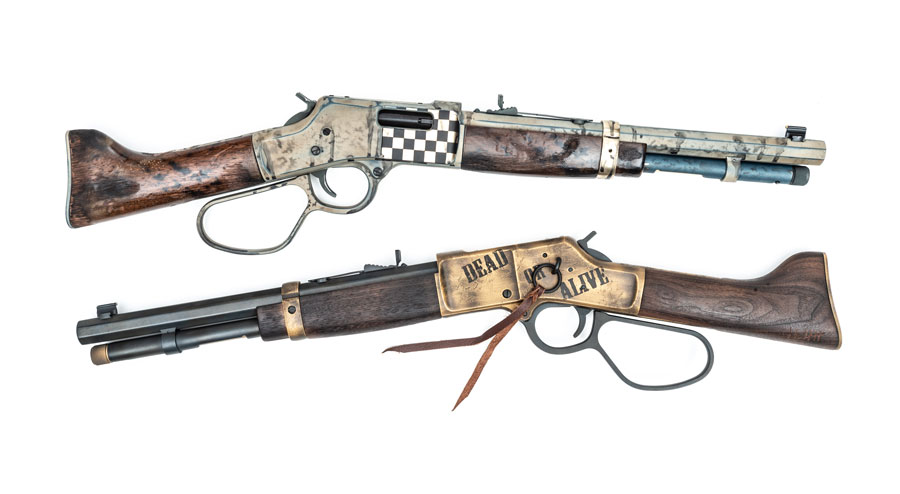 Obviously, I am joking. Kind of. I knew from context that I’d be receiving a pair of cut-down lever-action rifles, in this case modified Henry Big Boys. But where did the name come from? There is obviously some history here.

Created by artist and gunsmith Kenneth “Von Dutch” Howard, the “Mare’s Leg” was a cut-down Winchester Model 1892. It first made its appearance in the hands of Steve McQueen in the 1957 television show Trackdown. The following year, McQueen and his unique sidearm went on to star as a Confederate veteran and bounty hunter Josh Randall in the CBS spinoff series Wanted: Dead or Alive, which is where the pistol really got its legs.

The original Mare’s Leg was without sights and chambered in .44-40 Winchester. However, the show runners didn’t think those cartridges looked impressive enough in the custom gun belt used to carry the pistol and decided to load the belt with .45-70 rounds. This decision, from a few articles I have read, continues to annoy firearm historians. But come on, what can you expect? It’s Hollywood. And the name? Your guess is as good as mine. My best guess is that the cut-down stock resembles an actual horse’s leg. Fun fact: There was a rifle manufactured around the same time called the Golden Stallion.

We sent the first gun to David Teves at MAD Custom Coating, who went with a traditional show theme. Taking inspiration from a few older Westerns (including the fan-favorite Quigley Down Under) and the Wanted TV show, David and the crew went to work.

The patina on the steel parts was achieved using a base combination of Sniper Grey and sky blue, topped with splashes of olive drab and dark brown (Patriot Brown and Graphite Black), then finished with MAD’s distressing technique for a more realistic texture.

Teves coated the brass parts in gold, with splashes of Flat Dark Earth and Patroit Brown. Then Teves sprayed the text on in dark brown.

The walnut stock and forend were stripped of their finishes, then torched to “raise the grain” before sanding. The notches and MAD logo were added before a coating of satin polyurethane was applied. The latigo leather strap—complete with a blood knot on the receiver ring—added the finishing touch.

The subtle colors and perfect distressing come together for one great-looking pistol.

When Michael Sigouin at Blowndeadline forwarded me a few teaser images of his work, I was impressed but not surprised. In a previous email discussing ideas, one of his comments read “This type of firearm screams ‘apocalypse’ or some type of gamer-inspired gun. Checkers and weird stuff.”

Thus the masters at Blowndeadline painted their Henry Mare’s Leg based on the futuristic, planet-spanning dystopian video game series called Borderlands, bringing the gameplay to life. Gray-blue undertones were applied before the distressed light-tan overcoat, and then all of the metal parts were given a matte clear finish. The checkerboard on the receiver left the brass without any coating, which will give it a chance to patina naturally.

“Jakobs,” a gun manufacturer in the Borderlands world known for fun slogans like “If it just needs to be dead, it just needs to be a Jakobs,” is stenciled on the receiver. Which, in my opinion, is a spot-on name for a hypothetical maker of such a pistol.

And what custom job would be complete without a bit of torching? Blowndeadline torched the wood on its Mare’s Leg to scar and bubble the finish. Sigouin then gave it a clear gloss coating for protection.

Whether or not you are a fan of video games, lost technologies and alien bad guys, you should definitely be a fan of this custom pistol.

Check out BallisticMag.com/win-henrys for a chance to win these beauties.

Please visit HenryUSA.com to learn more about the base guns, and MadCustomCoating.com and BlownDeadline.net to see more great work from these top-notch coaters.

This article is from the winter 2019 issue of Ballistic Magazine. Grab your copy at OutdoorGroupStore.com. 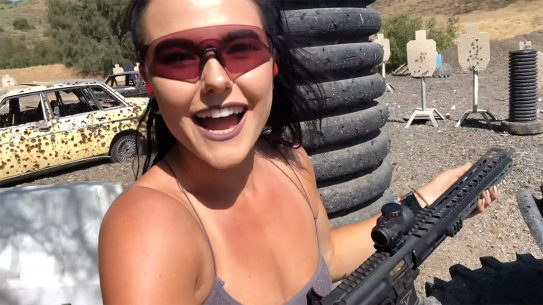 Competitive shooter and firearms trainer Jade Struck has quickly made a name for herself...