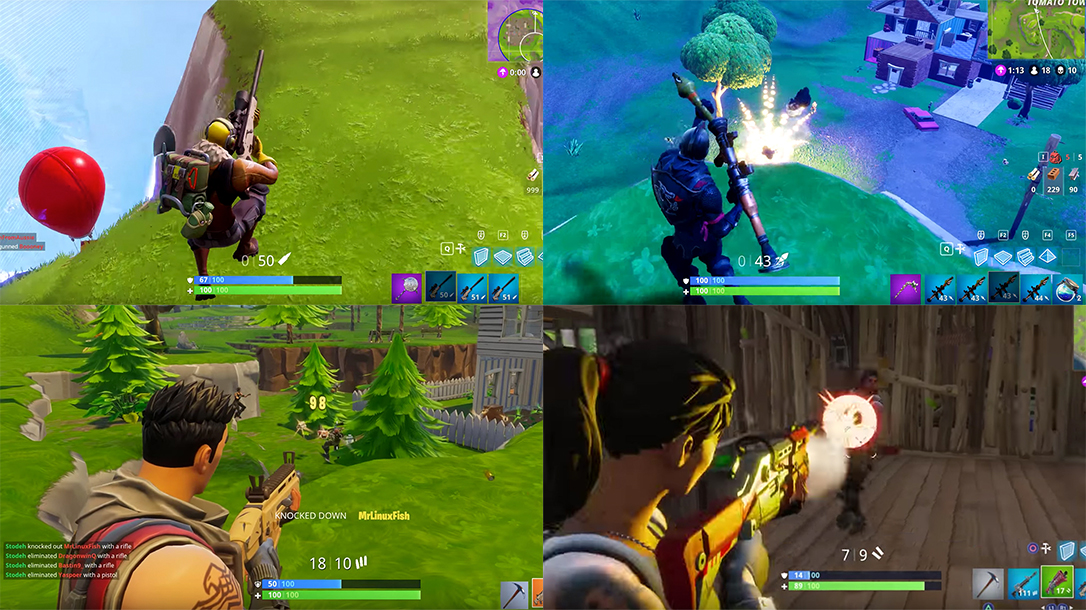 We at Ballistic Magazine love delving into the pop culture side of firearms. Whether it’s a full-auto Nerf gun or video gaming, it’s always interesting to see how guns are interpreted.

Fortnite currently rules the video game kingdom. It’s tough to go anywhere on the Internet and not read something about the game. 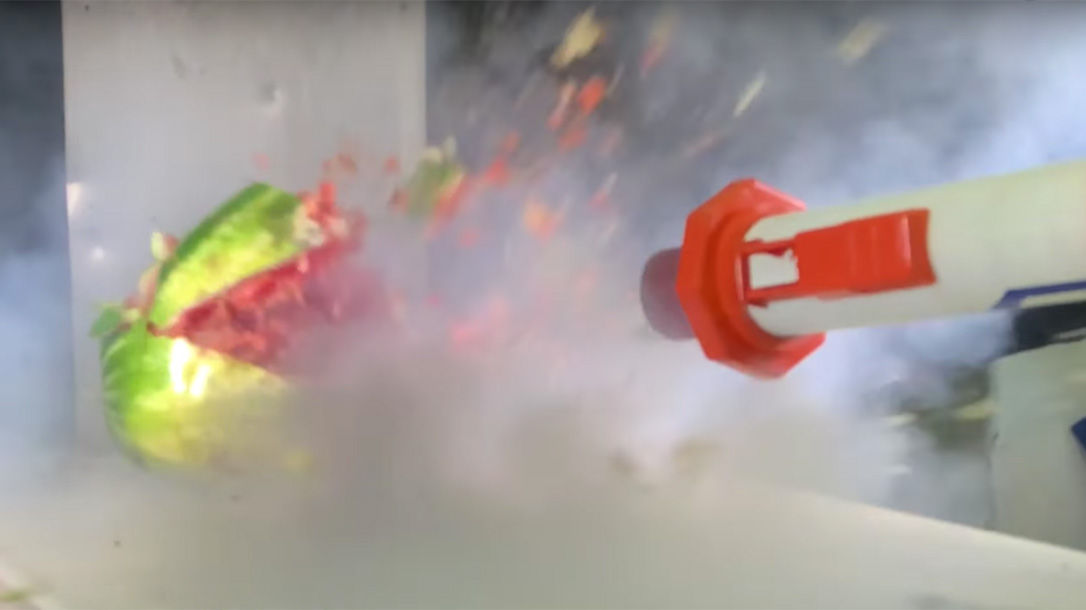 How popular is Fortnite? The hit game reportedly has 45 million players and three million concurrent users. So we had to give it a shot.

Most players opt for the “Battle Royale” mode of the game. In Battle Royale, players can play with teams or opt for a 99-person, “every man for himself” free-for-all. The latter is extraordinarily fun and addictive.

Players are dropped from a giant bus and skydive onto a map. The map is massive and players can choose where they want to land.

Once you land, the idea is to scavenge, build — via wood, brick and steel — and kill any opponent that crosses your path. Players can pick up guns, gear and health along the way. Finding chests and opening them is the quickest way to get some goodies. The idea is to be the last man or team standing.

The one caveat is that as the game moves along, the board shrinks considerably. There’s a gigantic storm that encroaches on the map. If you stray outside of the boundaries for too long and enter the storm, you die.

The guns are broken down by five “rarity” levels: Common, Uncommon, Rare, Epic and Legendary. If you couldn’t guess, Legendary is the best you can get.

Like firearms in real life, there are plusses and minuses with every gun in the game. They all serve a purpose; some are made for long-range and others for CQB. But rest assured, once you find your favorites, you won’t be able to stop playing.

We took some time to see if the game lives up to the hype … and it surely does. Below are our favorite Fortnite guns we found while playing, along with the highest rarity level they can reach and why we like them. 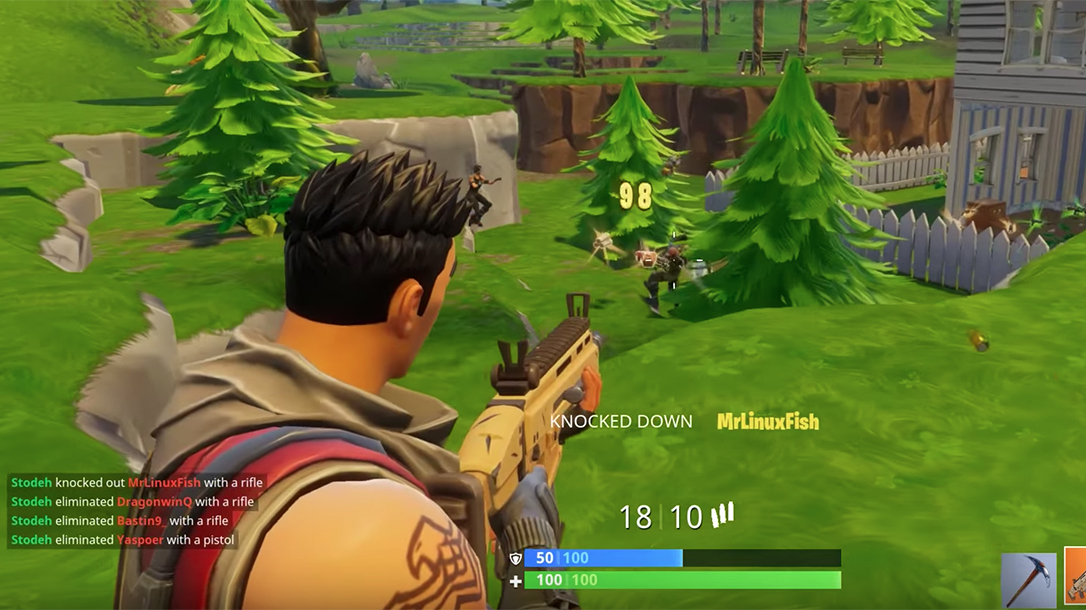 Yes, just like the FN SCAR. This gun is great at fairly long distances and incredibly accurate.

Of all the guns you can find, the SCAR — particularly the Legendary version — is the one gun every player seems to want. We have to agree.

While finding one wasn’t easy, we were certainly more successful with the SCAR than any other gun we used. 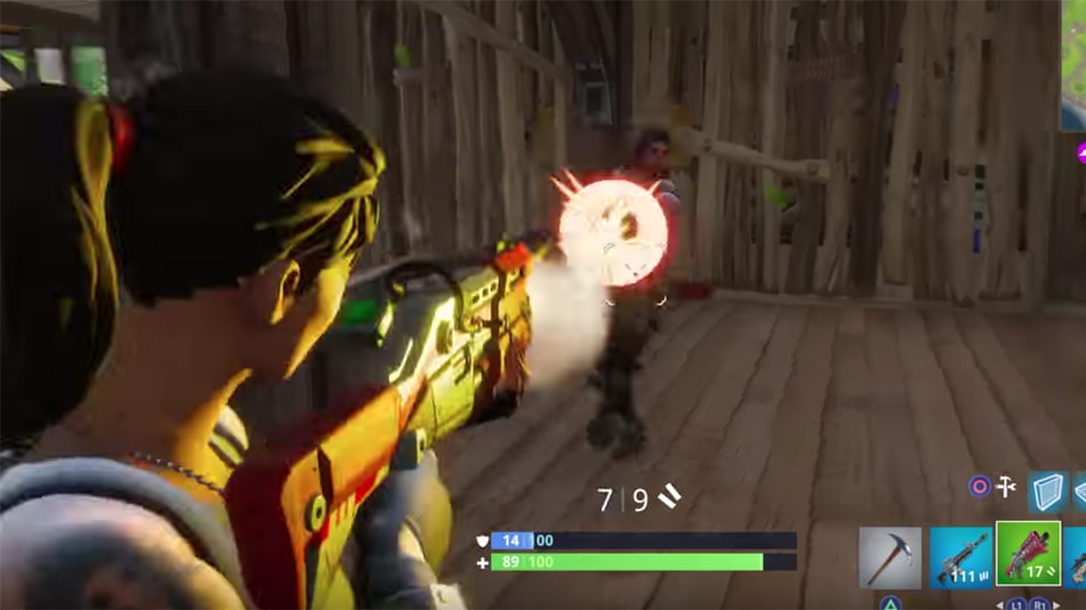 There are a lot of arguments as to which shotgun is best in Fortnite. There are a total of three shotguns: Tactical, Heavy and Pump. They all have different positives and negatives.

The Tactical Shotgun is the least powerful and has the highest reload time, but also has the highest capacity, DPS (damage per second) and rate of fire; ultimately, this was the deciding factor for close-quarter engagements. 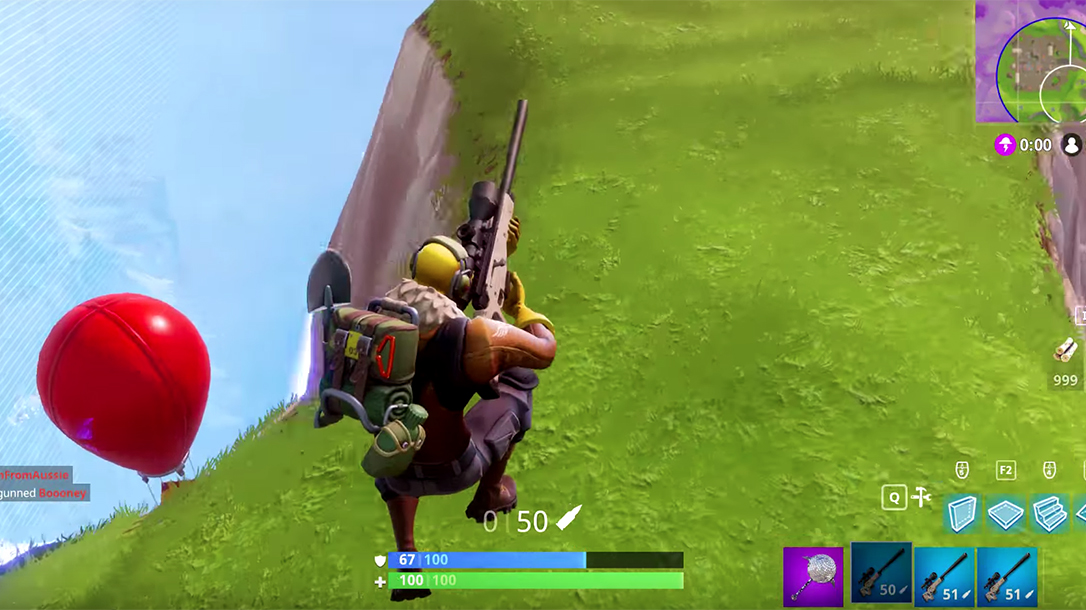 The Semi-Auto Sniper Rifle is worthy of a nod with its 10-round magazine capacity. However, the Bolt-Action doles out nearly double the damage at 116 to 66, respectively.

Sniping isn’t easy, as you have to account for bullet drop at longer distances, but once you get it down, you’ll be tough to stop. 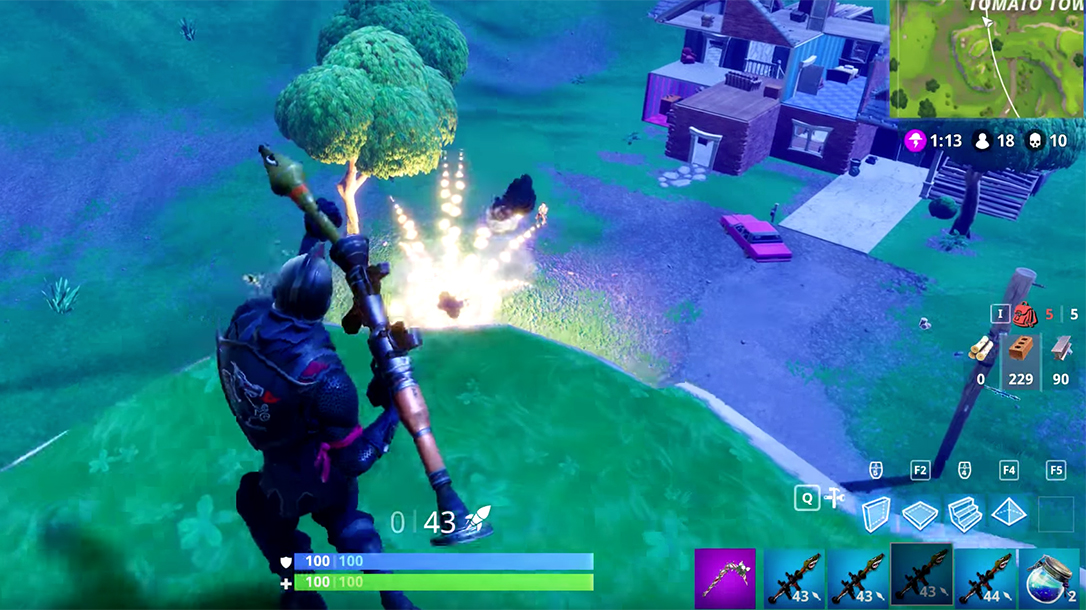 Not much of an explanation needed here — it’s a Rocket Launcher.

If you’re lucky enough to make it to the final few people still alive, these come in handy for destroying massive structures and hopefully your opponents. 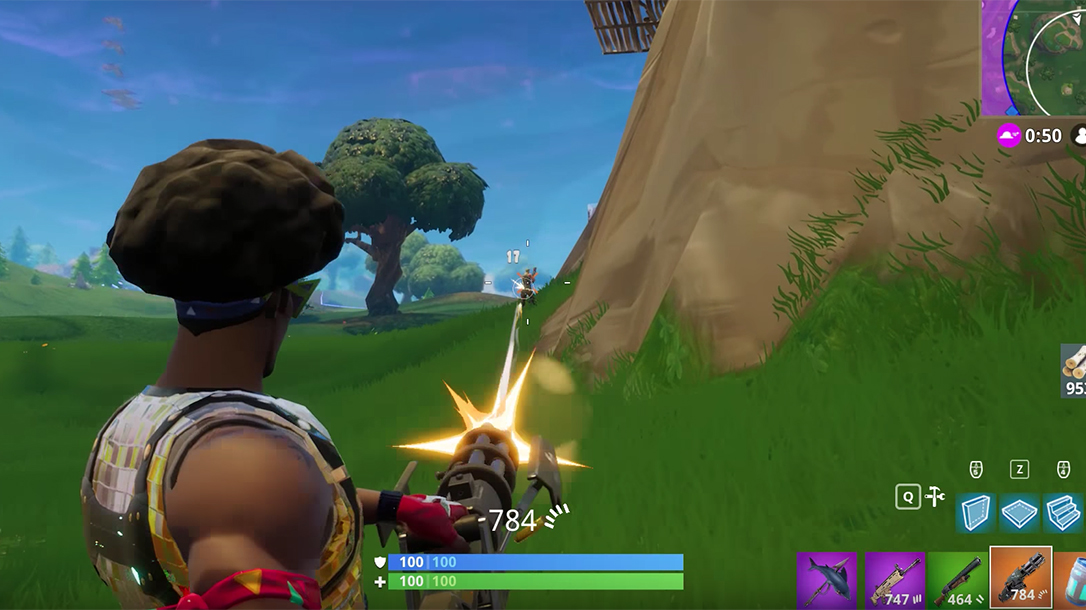 While its not the most powerful, the fire rate on the Minigun makes it the most fun gun in the game to shoot.

The recently introduced Light Machine Gun gives the Minigun a run for its money, but it’s essentially a slightly more powerful gun with a slower rate of fire.

What truly separates the two guns is capacity. The Light Machine has a 100-round capacity — nothing wrong with that. But the Minigun feeds off of the amount of ammo you have. So if you have 999 rounds, you don’t have to stop firing until you run out. Might be a problem if you only have 10 rounds, but it’s still loads of fun. 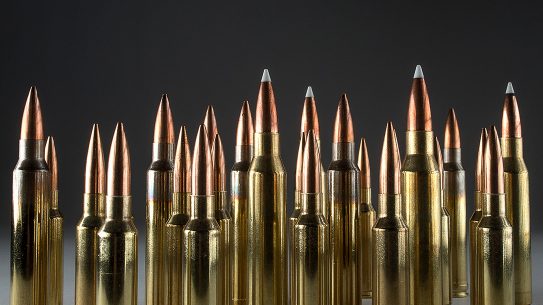 Whether novice or veteran, when it comes to rifle calibers and long-range shooting, choosing... 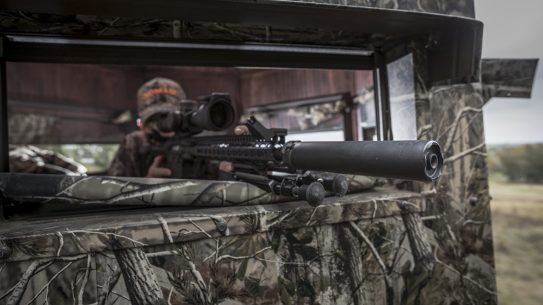