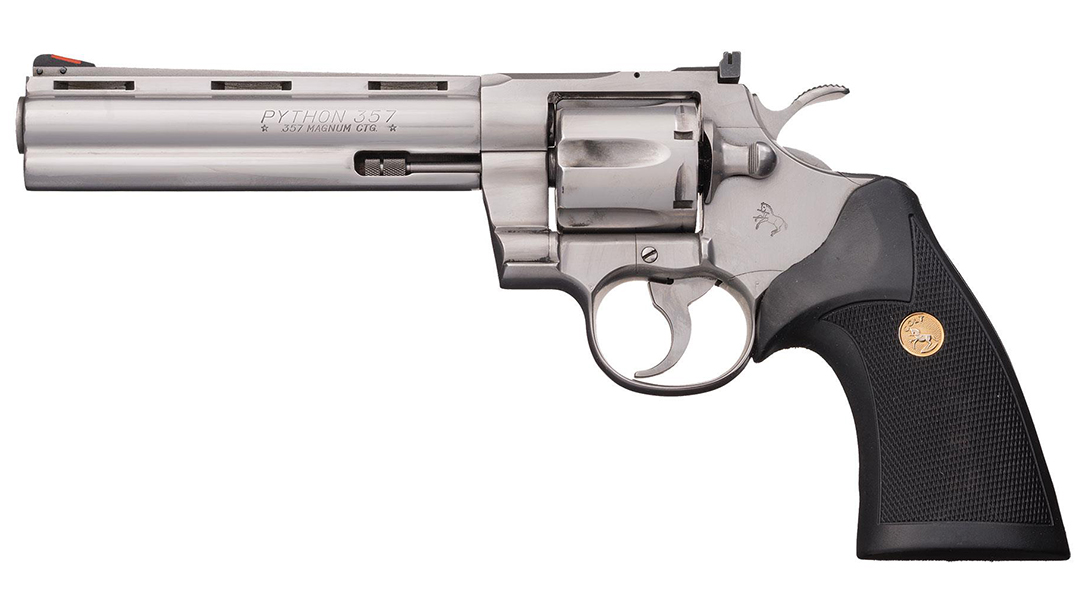 1 of 7
Photo by Rock Island Auction
Colt Python
The Colt Python is widely considered to be one of the finest production revolvers ever made. 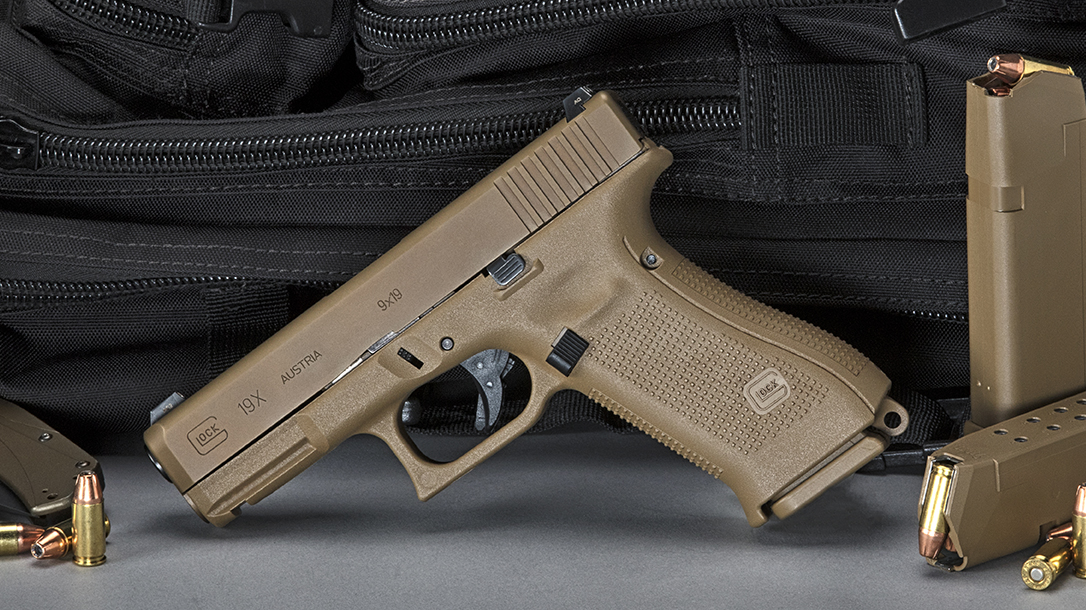 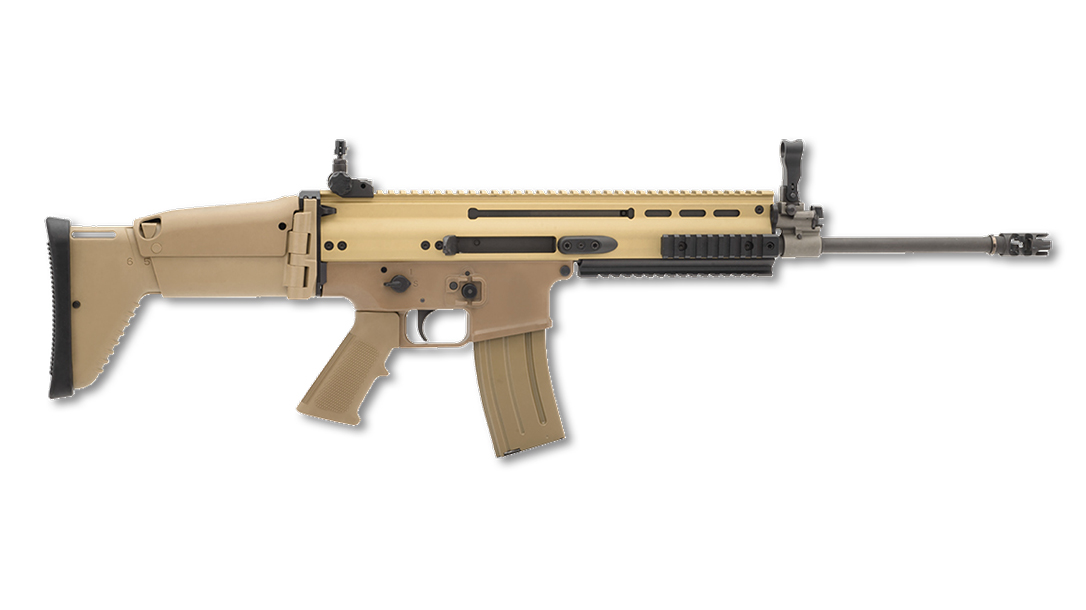 3 of 7
Photo by FN America
FN SCAR 16 MOD2
The call for FN to modify or reengineer the SCAR is loud. There are aftermarket devices that have sprung up, but ultimately we want it to come out of the box ready to roll. 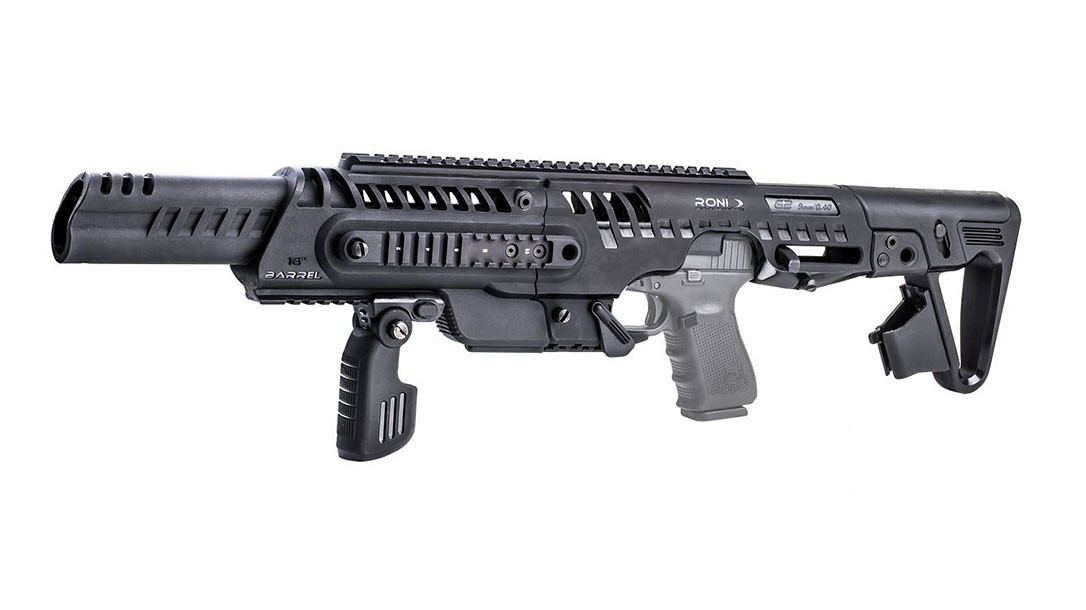 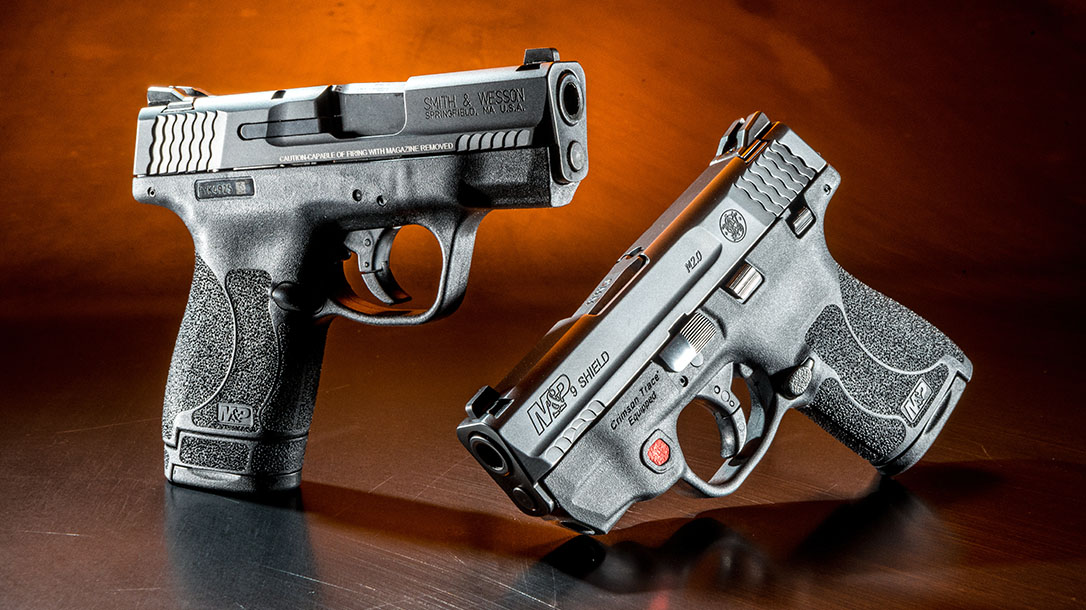 5 of 7
Photo by Alex Landeen
Smith & Wesson Single Stack KH9mm
People want Smith & Wesson to make a single stack, slender 9mm that is approximately the size of the Glock 19. 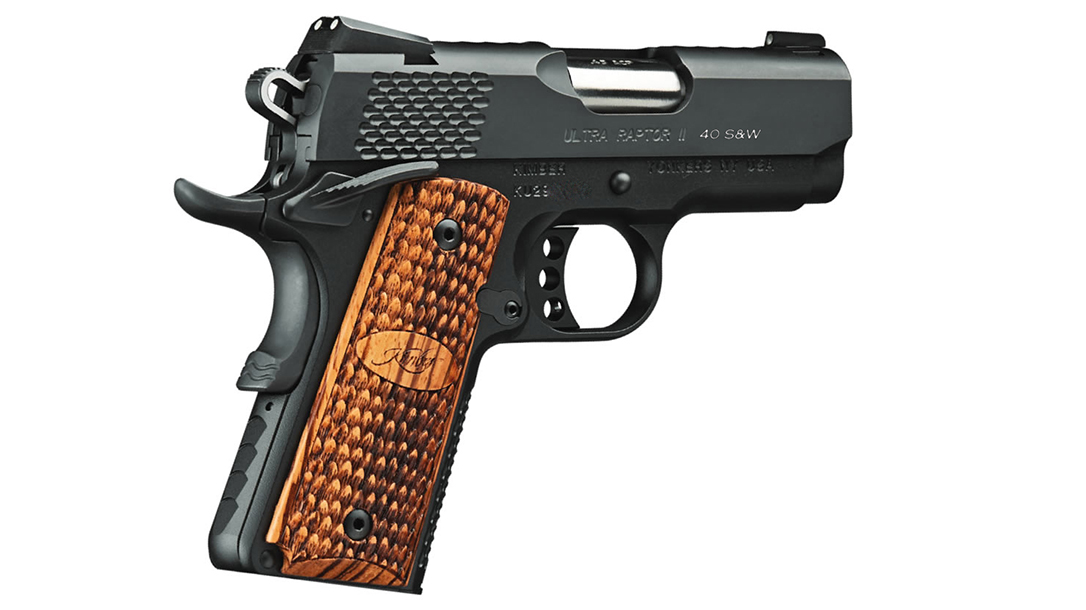 6 of 7
Kimber Ultra Raptor in .40 S&W
As the FBI has made the official jump to 9mm, people are looking for a place to run their still much beloved .40 S&W. One gun the .40 crowd has leaned toward is the Kimber Ultra Raptor. 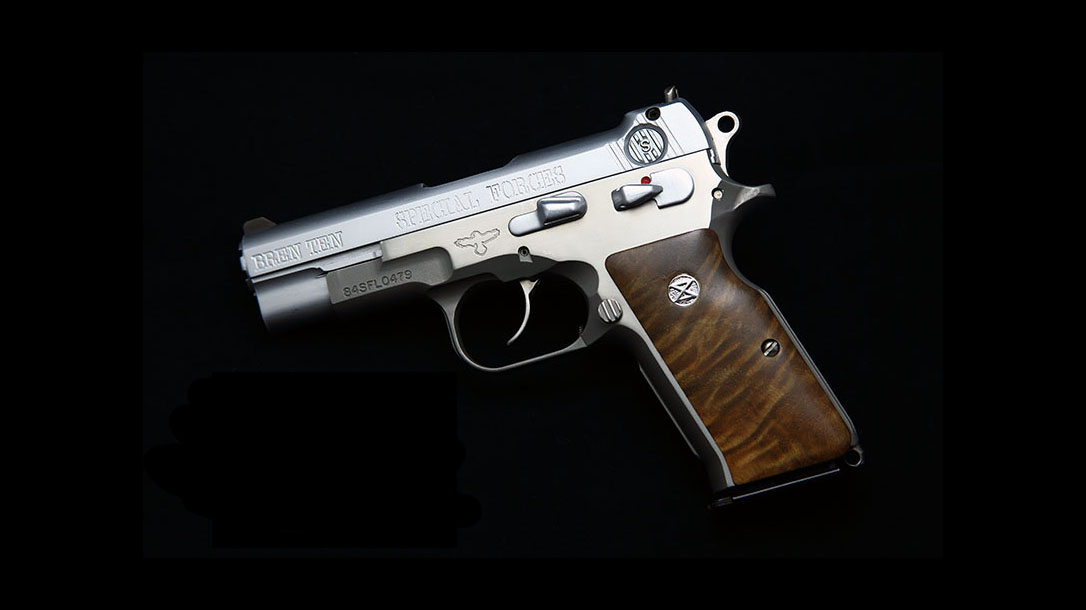 7 of 7
Photo by Beetle1911/WikiMedia Commons
Bren Ten
The idea is that with the growth in technology and manufacturing capability, Col. Cooper’s Bren Ten could be brought back to life. With the cost of bringing a gun to market, it would be interesting to see if anyone will be willing to accept the challenge. 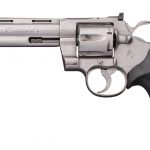 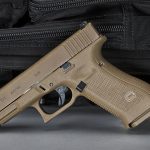 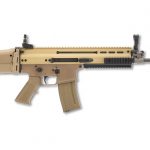 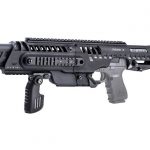 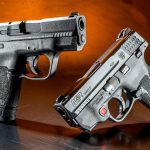 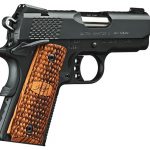 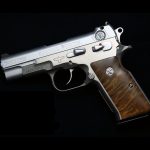 “If you build it, they will come.” Nowhere is this mantra more embodied than in the firearms industry.

Each year gun companies tempt people with the latest and greatest with hopes of improving their bottom line. While they are, for the most part, successful, each new gun launch brings grumblings from the Internet and gun shop coffee times. 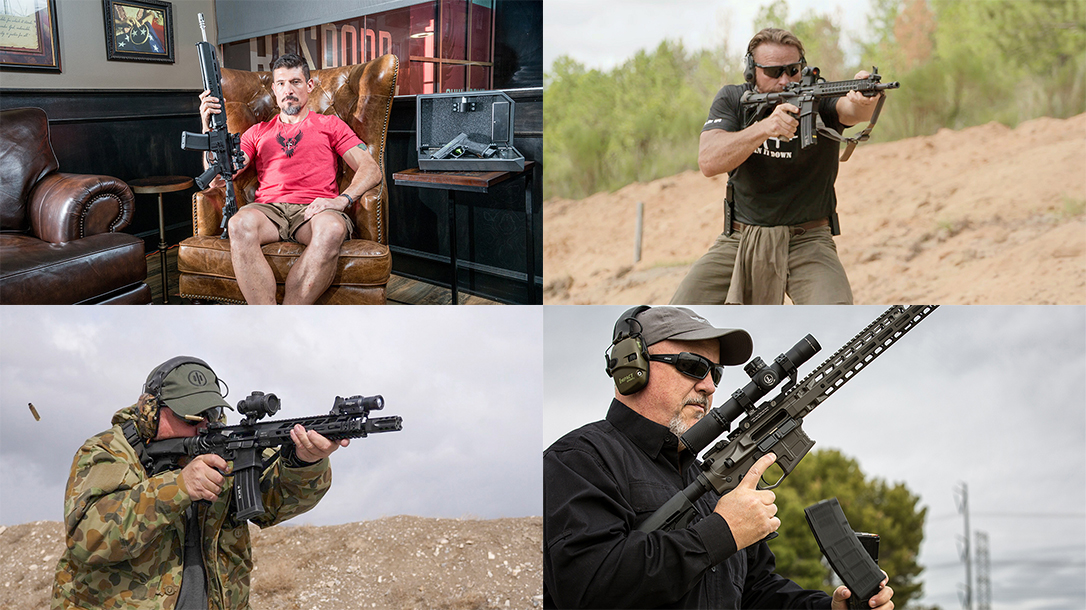 The conversation usually starts like this: “Yeah, that new model is good, but I wish they would listen to the customers and make (fill in the blank).”

In many cases it is just grumbling about a lack of slide serrations or the inclusion of a preferred sight. Sometimes though, the ideas go deeper and reach into the new gun design arena. Or even more common is the idea that some guns need to be resurrected. Guns long retired still have an active fan base and people long for them to once again grace the shelves of the local blaster mart.

While the list of guns that people say they want is long, there are a few that seem to always come up in discussions on the topic. While your list of “concept guns” may vary, here is what I hear on an ongoing basis.

In many circles simply mentioning the name will spur people to take off their hats and lower their heads in reverence and prayer. The Colt Python is widely considered to be one of the finest production revolvers ever made.

Beyond exceptional function and accuracy the Python was simply cool. It has a distinct appearance due to a full barrel underlug, ventilated rib and adjustable sight. It was chambered in .357 and the Python ruled the roost until production ended in 2005 for a myriad of reasons.

While nothing is ever a sure thing, I would bet very heavily on the success of the Colt Python should it ever see the light of day again.

Few companies stir people up more than Glock. With every new release the gun world divides for battle. The forums buzz to life as debates rage about what is good or bad about the latest offering. In the end, Glock’s sales show that most people buy it regardless.

However, following the release of the Glock 19X, an old and long-lasting call came back. As most of you are aware, the G19X features a G19 slide on a G17 frame. Tactical-Life delved into the reasoning for the G19X design after its release.

But there is an active desire for Glock to make a gun with a G17 slide on a G19 frame. The reasons range from improved sight radius on a smaller, easier carry frame to simple comfort.

Now that Glock has made the first steps with making crossover guns, perhaps a G17X is in the future?

Some guns that hit the market are welcomed with open arms and almost immediately loved; this was the case with the SCAR 16 from FN.

The SCAR 16 is a slick modernization of a semi-auto carbine and gave us a place to go beyond the AR world. However, our new-found love had a split personality, which we quickly discovered with the reciprocating charging handle.

One of my first times on the range with the SCAR was memorable. I watched a shooter have his thumb snapped back because he was using a “non-SCAR friendly” grip. This case brings us to one other category for the article: modifications to existing guns.

The call for FN to modify or reengineer the SCAR is loud. There are aftermarket devices that have sprung up, but ultimately we want it to come out of the box ready to roll.

Now, this is also an opportunity to acknowledge that even small changes can cause engineers to get a twitch in their eyes because of the challenges involved. Design pains aside, this is what we would like to have. 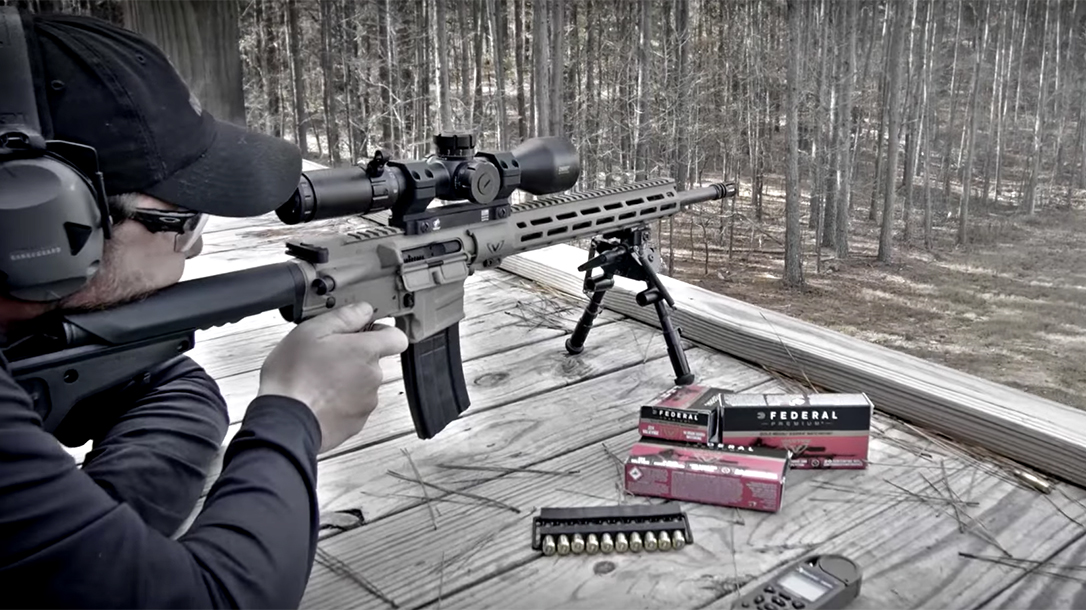 Ok, let’s get this out of the way. Yes, the gun world would very much like Glock to build a rifle. As the pistol caliber carbine grows in popularity, we hope that it motivates the Austrian powers that be.

The general consensus is that it needs to be an AR style platform chambered in 9mm amongst other calibers. It will obviously run on Glock magazines and feature everything the modern AR user wants; this includes ambidextrous safeties, a bolt release and a mag release.

The entire gun is built around the pistol caliber, as opposed to being a retrofit 5.56mm gun. Glock could shock the world and go with a non-AR design and I don’t think there would be much complaining.

In the end people want a rifle that runs with the reliability of their Glock handguns.

People want Smith & Wesson to make a single stack, slender 9mm that is approximately the size of the Glock 19. This would be an exceptional carry gun and one its fans would jump on.

Yes, there are some slender 9mms out there, but 99 percent are 1911s and people want the striker fire design. The lighter weight gun would be a great bridge for those looking for something between the Shield and the M&P.

As the FBI has made the official jump to 9mm, people are clamoring for a place to run their still much beloved .40 S&W.

One gun the .40 crowd has leaned toward is the Kimber Ultra Raptor. They have a major love affair with the gun and desperately want to see it chambered in .40. This could be a good mix considering the naturally heavier weight of the 1911 and its ability to manage the snappy .40-caliber round.

Kimber would certainly hit it out of the ball park should they decide to head that way.

Last, but not least, we have the Bren Ten. I would be negligent if I did not mention this iconic handgun.

The brainchild of Col. Jeff Cooper, the 10mm semi-auto pistol never gained the popularity that he had hoped. While the 10mm round was serious business, the gun was heavy and relatively expensive. Throw in the lack of magazines and the car heads downhill pretty quickly.

However, this is not just some gun designed by a random shooter. The gun was designed by the godfather of modern shooting. This has made the gun an iconic piece with a strong fanbase.

The idea is that with the growth in technology and manufacturing capability, Col. Cooper’s Bren Ten could be brought back to life. With the cost of bringing a gun to market, it would be interesting to see if anyone will be willing to accept the challenge.

Some long stares have been sent over to the folks at H&K because of their engineering prowess. Time will only tell if the Bren Ten will live again. 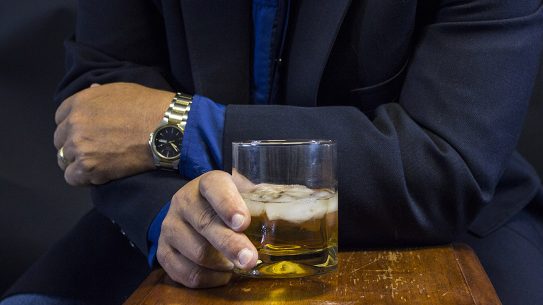 If you're going to spend the money to pick out a nice bottle, then...