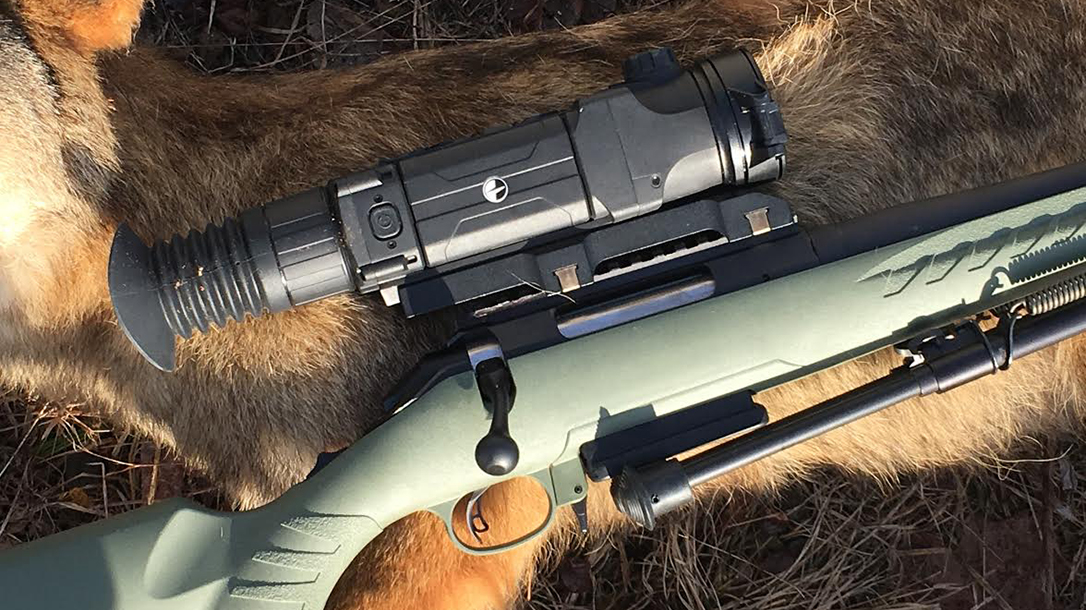 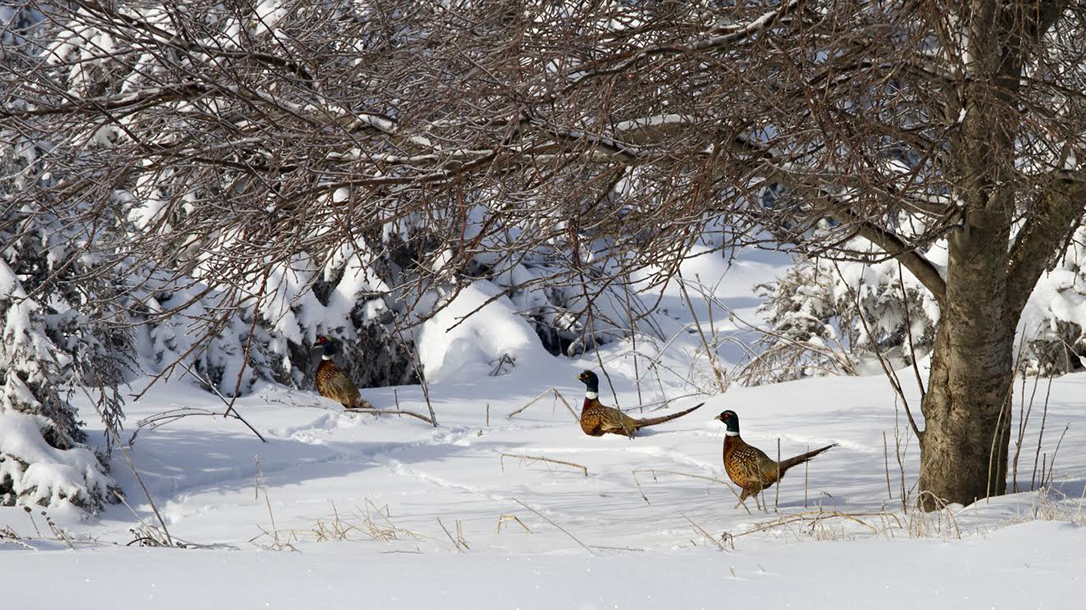 2 of 3
Photo by New England Upland Shooting Preserve
Game Birds
“In addition to game birds, our property has a strong deer, bear and turkey population, which prompted me to get my New Hampshire registered guide’s license to compliment the preserve business.” 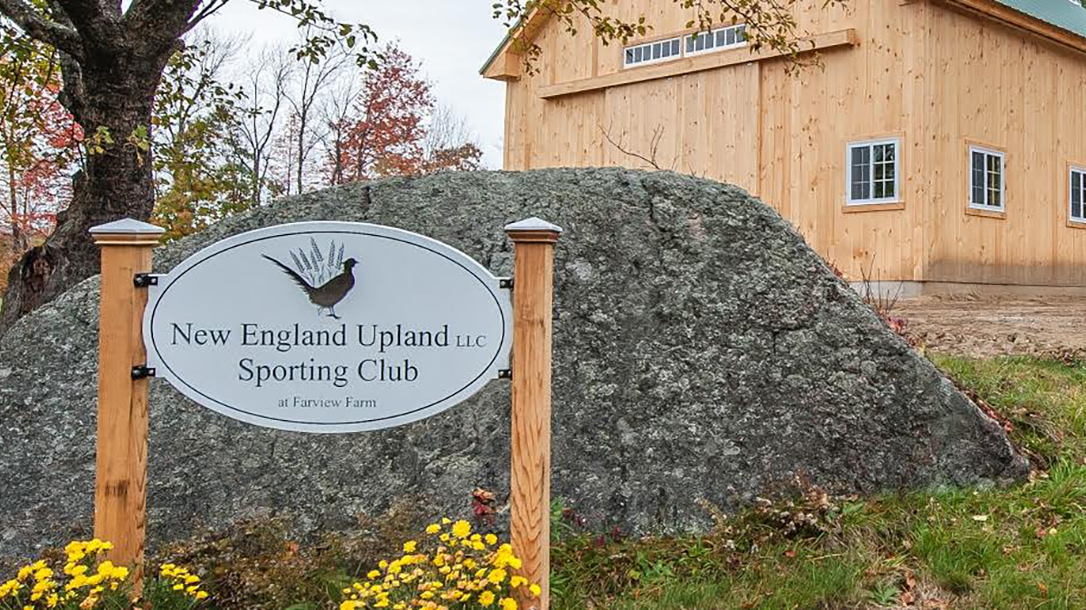 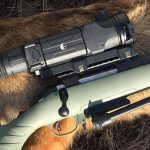 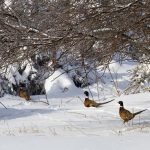 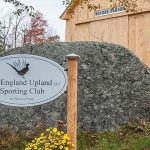 There are couple things they don’t tell you when you open your own upland hunting preserve. First, there are no sick days. Second, every animal that’s eating your birds is taking dollars from your pocket. Predator hunting plays a major role in maintaining operations.

Two years ago, I made the decision to leave corporate life to open a wing shooting preserve in southern New Hampshire called New England Upland. My goal was to build a classic New England hunting and wing shooting retreat dedicated to the sporting life style. 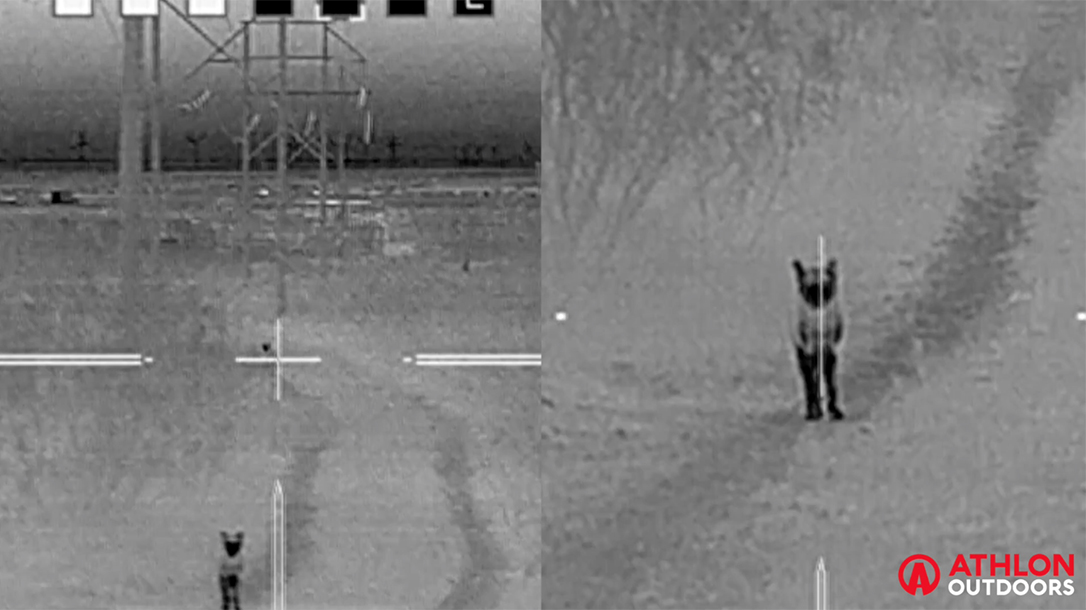 I’ve hunted birds and big game since I was a teen and wanted to turn my passion into a business. After 30 years working in the tech industry, I was ready trade the boardroom for the barn and international red-eyes for early morning rooster flushes.

I never looked back.

In addition to game birds, our property has a strong deer, bear and turkey population, which prompted me to get my New Hampshire registered guide’s license to compliment the preserve business. This allows me to guide for big game and predators in addition to releasing game birds for our guests.

I have gotten the support needed from New England sportsmen and women. The business became successful very quickly. One measure of success is the amount of game birds we release. We release thousands from Sept. 1 to April 30 for our guests.

Lots of birds keep customers happy. However, it’s also made the preserve a hotspot for coyotes and bobcats.

Trapping isn’t a viable option for me. There isn’t a bobcat hunting season and releasing tom from a trap is not something you want to do more than once in your lifetime if you can avoid it. Coyotes, though, are another story. There is year-round coyote hunting in New Hampshire and night hunting runs from Jan. 1 to March 31.

This is where I was able to turn a predator problem into a hunting solution. And if my wing shooting guests want to take a shot, it’s a service I’m happy to provide.

Year-round hunting, both day and night, in and the extremes of a New England climate would dictate the tools of the trade. I’ll be hunting day and night. The set-up would have to be good calling coyotes, as well as hunting them at night over bait. Anyone who has hunted the coyote will tell you having options and backup plans is crucial to putting the dogs down.

I made the decision to purchase Ruger’s American Predator rifle in 6.5 Creedmoor. It’s rugged, very accurate and is a fine piece of engineering.

Besides, they’re locally made. The Ruger plant is just up the road a piece from our farm and some of the same people making the rifles are guests on the farm.

There’s been a ton of writing out there to explain why the 6.5 Creedmoor is the choice round. It’s fast, accurate and delivers energy on the target. It’s the round that gives me the ability to use the rig on larger game on the preserve.

Still, you’ve got to see what you intend to shoot. The next step was getting the right optic.

I looked at a lot of scopes for getting the job done at night — starlight scopes, night vision and thermals. During this exploratory period, I was lucky enough to get the chance to evaluate the Pulsar Trail XQ50, which outperformed everything else I looked at.

Mounting the Pulsar Trail XQ50 on my Ruger 6.5 Creedmoor was a snap. It’s designed to attach to a Weaver or Picatinny rail, so it meets most shooters needs out of the box.

The next step was sighting it in. The Trail has two zeroing methods: one-shot and freeze. I used the freeze system at 100 yards; that was almost as easy as mounting the scope. No need to boresight or go through lots of ammo with a Pulsar product to get it dialed in.

Step One: Set up a target at known distance. Step Two: Take a well-aimed shot. Lastly, Step Three: If your shot is off target, move the auxiliary cross to the point of impact and save the setting. 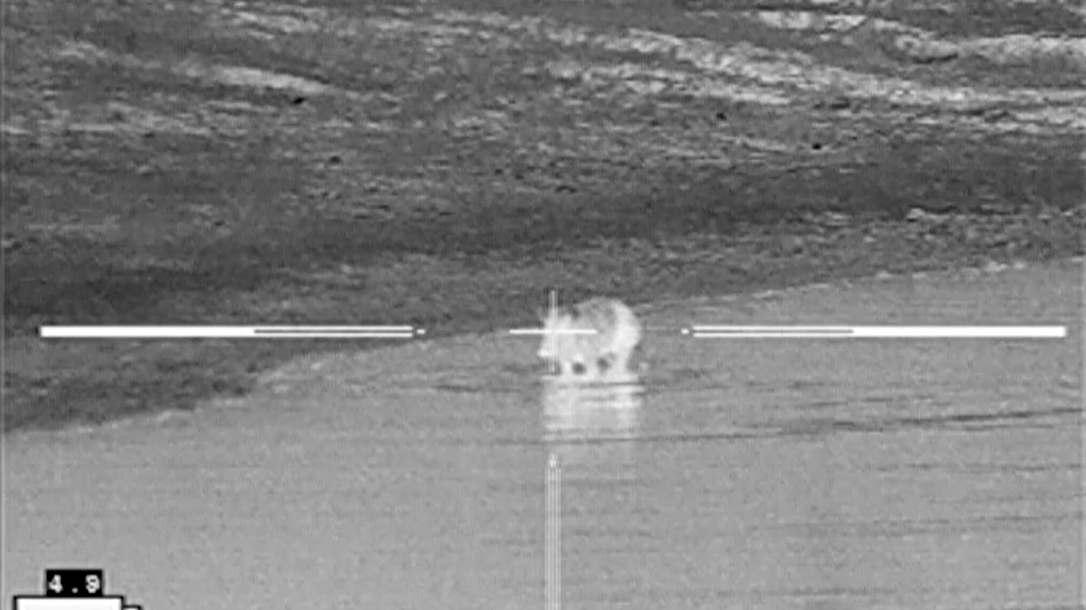 You can save up to three rifle/ammunition profiles at each of five distances, which is a great feature for hunting in varied terrain like our farm. At some spots we can get 50 yard shots in the meadows or stretch it out to 250 yards in some of the larger fields.

Here’s where it gets fun. Everyone likes to share the hunt and Pulsar has you in mind. The highlight of the Trail is the ability to link the digital optic via Wi-Fi with Android or iOS-based mobile units using the free mobile application Stream Vision.

The Stream Vision software connects the device with an Android/iOS mobile unit (smartphone or tablet), which allows you to do the following: Receive footage in the real time mode; Distantly operate the device with your smartphone; Stream online the image captured by the device to YouTube.

All that tech sounds great, but here in New England, it’s not just the coffee that gets cold and bitter. Mother Nature take a toll, but Pulsar endured.

The Trail’s weather proofing exceeds what New England winters had to offer. It performs perfectly in wet weather, even during intense rain, snowfall and submersion in 3 feet of water for up to 30 minutes (IEC 60529).

Power is provided by a B-pack, removable, rechargeable 5.2A-h battery, which will give up to eight hours of continuous use. I used it for eight hours over three evenings, so it lived up to the manufacturer claim.

As with other Pulsar thermals, the Trail has a power down, display-off system that saves the battery and gives a quick start-up even in cold conditions, which is essential in a climate like New England when winter temps at night can be in the single digits or lower.

Putting It to the Test

We process a lot of game birds for successful hunters. The remnants make great bait that we put out for the coyotes. It also attracts bobcats, ravens and anything else not denned up this time of year that likes free meal on a cold night.

I spent the last week of the coyote night hunting season using the Trail to spot animals coming to the bait pile. The coyotes are active and vocal this time of year. Mating is just wrapping up, so you can often hear them in the vicinity of the bait before they get to it.

They can also come in completely silent, which is why I put wireless driveway alarms at the bait to alert me of animals coming in to the pile. The receiver is in the shooting house and the transmitters are on a trail leading to the bait pile and several more surrounding it. When an animal walks past the transmitter, the receiver lights up indicating we have action on the pile.

Image definition is extremely important when you have bobcats, coyotes and a remote chance of having a lynx or wandering dog come to the bait. Shoot the wrong one and you’ve got a date with the local game warden. That or you’ve got some serious explaining to do to the neighbors.

The Trail XQ50 has a heat sink located on the device’s body to help make the images as clear and crisp as possible. Here’s how it works: it prevents heat build-up from the sensor and other components while also significantly reducing temperature and noise sensitivity.

This delivers where it counts, making it easy to distinguish between bobcat, coyote and other predators/scavengers that feed at night. Not to mention a dog off leash and running on your property.

As a test I went to an adjacent alpaca farm and used the Trail as a spotting scope at 500 yards. It was a starless 20-degree night. The images of the alpacas at the far end of the field popped against the line of evergreens at the edge of their fenced in enclosure.

In an actual hunting scenario, Pulsar continued to impress. The shooting house I used was only 100 yards away from the bait pile. I had no issue determining the coyotes from the occasional bobcat that came in while watching through the Trail. There was no chance of making a mistake and pulling the trigger on a cat.

Night hunting is closed now for coyotes in New Hampshire until next January. However, that doesn’t mean I won’t get use out of the Trail I’ll be buying before then.

They are great for scanning the woods and fields on your way to your tree stand in the dark. It helps avoid bumping deer on your way in.

They also really help during dusk and dawn where it is legal to hunt during those times, as well as detecting downed game at night after the sun has set.

If you’re a guide or farmer with a predator problem or want to get into night hunting coyotes, it’s worth speaking with your local dealer about the Pulsar Trail line of optics. They give you all the features and versatility you need to make night hunting fun, safe, productive and profitable. 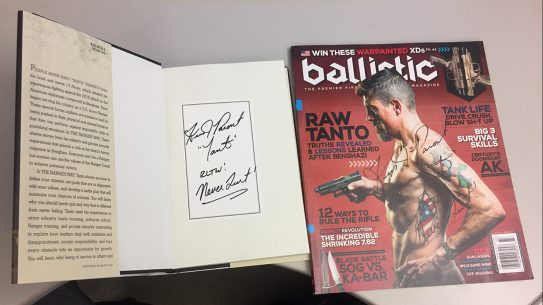 We're putting Patriot's Day in the national spotlight and giving readers a chance to...