On a return trip to Gunsite Academy just before the release of his band Puscifer’s new album Money Shot, multiple-Grammy-award-winning musician Maynard James Keenan took a break from music and winemaking. Instead, he opted to go large and long with big-bore rifles in Paulson, Ariz. 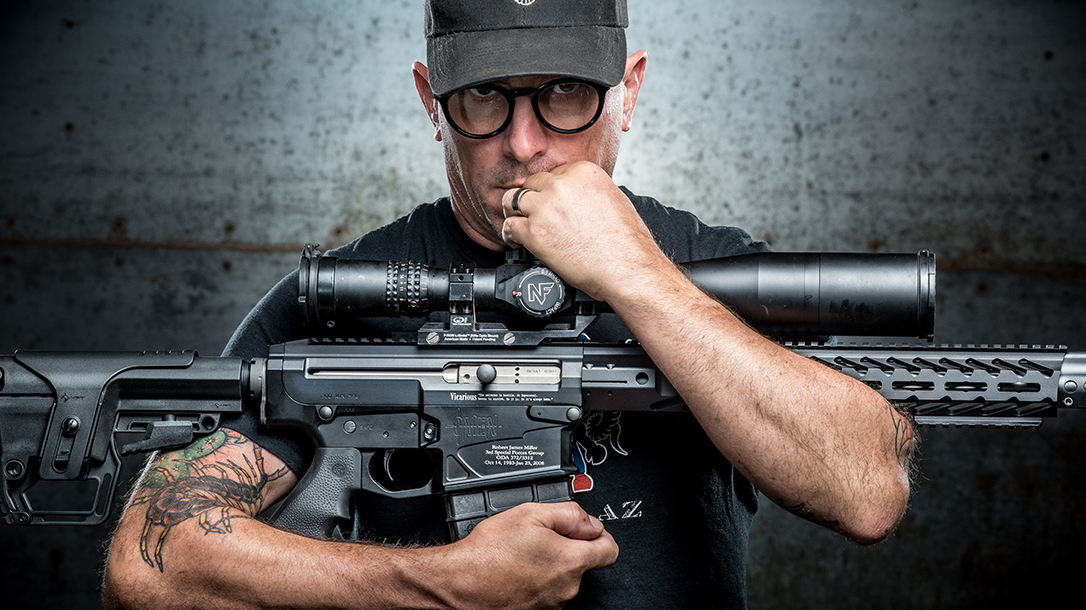 Keenan trained with retired Special Forces Sergeant Major and Gunsite Academy Instructor Walter Wilkinson. He received two days of condensed instruction in ballistics, optics and the function of the Barrett M107 in .50 BMG and MRAD in .338 Lapua Magnum.

This was the first time behind the big-bore precision rifles for Keenan. He engaged targets at three times the distances he had previously attempted, with several shots covering a mile.

“We are taking over two weeks of training and condensing it down to two days. It’s going to be a lot to digest,” Wilkinson said of the task of getting a recreational small-arms shooter dialed into a .50 BMG.

But Keenan adjusted to the challenge and rang the long-distance steel targets with regularity. The transition was no cakewalk, however. There’s a lot to cover at 1,000 meters. And Keenan got a taste of just how many elements come into play to get a shot on target at ranges beyond 1,000 meters.

“To really advance in this art, you need a partner. [You ned] a spotter that can walk you through the variables that are too many to count,” Keenan said.

Though known primarily for his music and wine, Keenan also served in the U.S. Army prior to starting his music career, which included one year at the United States Military Academy Preparatory School.

Check out the video above to see Keenan in action with the .50 BMG. 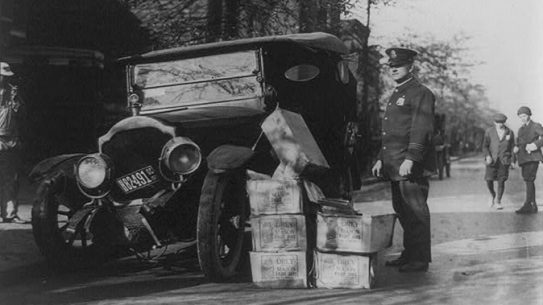 Bootleggers developed a need for speed while attempting to outrun the law during Prohibition,...