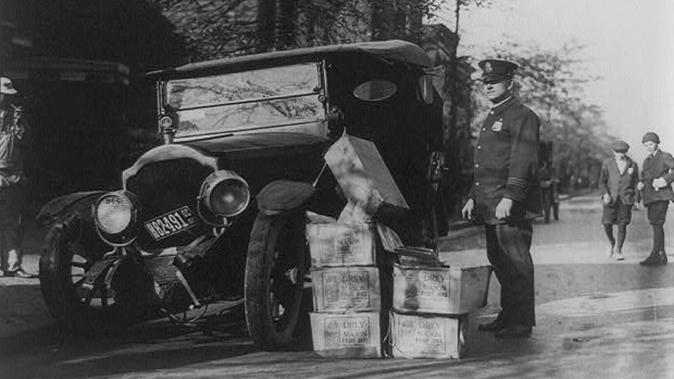 Photo by Courtesy of the Prints and Photographs Division, Library of Congress
Black-and-white photograph of policeman standing alongside wrecked car and cases of moonshine liquor, circa November 1922.
Comment(s)

During the Prohibition, bootleggers needed a way to distribute their wares without running into the law, so many decided they would simply outrun them.

They souped-up their cars, squeezing as many ponies as they could out of them. Beyond just horsepower, these mechanics tuned their cars’ suspensions for better handling. 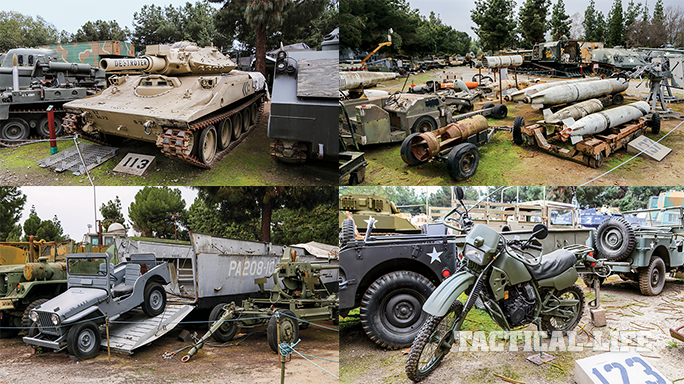 These modified rigs burned up the winding mountain roads, easily outpacing local deputies. With a knowledge of the roads that can only come from a lifetime of running them on the darkest nights, it was a rare day when one fell victim to the police.

The government removed the ban on alcohol in 1933, putting an end to the failed experiment that was Prohibition. This largely ended the moonshine trade, though many had developed a taste for it by then. To keep up with this demand, an enterprising few kept the fire stoked under their stills.

Though booze was now legal, these distillers did not feel the urge to pay taxes on their products. So, the hot rods kept running moonshine. This time drivers tried to stay ahead of the agents of the BAFTE and IRS.

A side effect of this thirst for grain spirits was a need for speed. Many that had taken part in the illicit trade had become enamored with the adrenaline rush that came along with throwing a highly modified car around twisting roads at a high rate of speed.

By the end of the 1940s, drivers were pitting their cars against one another, wagering on the outcome and racing for pride. As time went on, the popularity of these matches increased, drawing larger crowds with each passing race. Wilkes County, North Carolina, became the unofficial home of these contests of speed.

Eventually, stock car racing found a home in Daytona Beach. Already revered as a place to set land-speed records, this beachfront location was home to a 4.1-mile course that would host countless races.

One of these displaced firewater drivers, William “Big Bill” France, held a meeting with other drivers and mechanics to create a standardized series of rules. This was the birth of NASCAR.

Some versions of the legend say those rules were written out on a bar napkin, a fitting homage to the sport’s roots.

(Photo courtesy of the Prints and Photographs Division, Library of Congress) 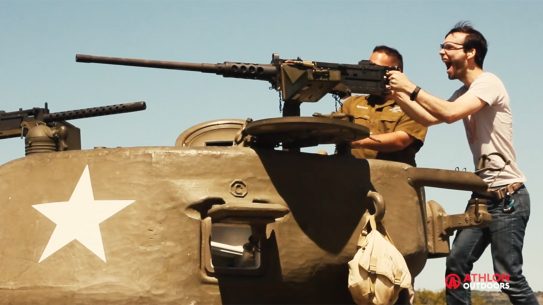 If you've ever wanted to not only drive but also shoot from a fully...